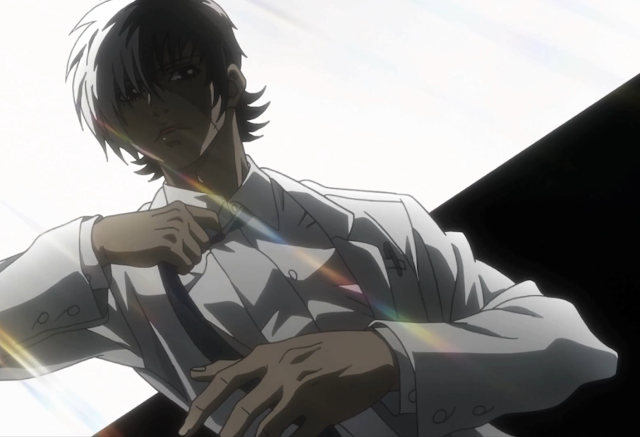 Writing an origin story for a famous character you didn’t create can’t be an enviable task. There’s an onus to craft a story that is in line with the original work and the slightest deviation can result in a slew of tetchy fans. Modeled after one of Osamu Tezuka’s masterpieces, Young Black Jack has plenty to live up to. The show follows the mystifying medical student, Kuro Hazama, in his days before he became the fabled underground doctor with a heart of gold that shifted millions of manga volumes across the globe.
So far, Young Black Jack has proven more than a contrived addition to the Black Jack lore. From the get go, it’s clear that the adolescent Hazama’s impending evolution is a logical one. He’s a thoroughly eccentric prodigy of a doctor that surpasses all his colleagues (and actual licensed physicians). Try as he might to stay on the straight and narrow so he can obtain a medical license and fulfill his dream of saving as many people as humanly possible, he’s always finding himself just one step away from being caught for unlawful conduct.
Although his peers revere his medical prowess (in between questioning his sanity), it’s interesting to see Hazama’s introspective nature unfold in certain more reflective scenes. He views himself as a fledgling doctor and perpetually contemplates his skill, his sense of duty, and the broader scope of his morality. He has a sense that doctors should be the ones to take care of sick people, but his unqualified self is continually thrust into thorny situations where to not act is to condemn patients to a death sentence. 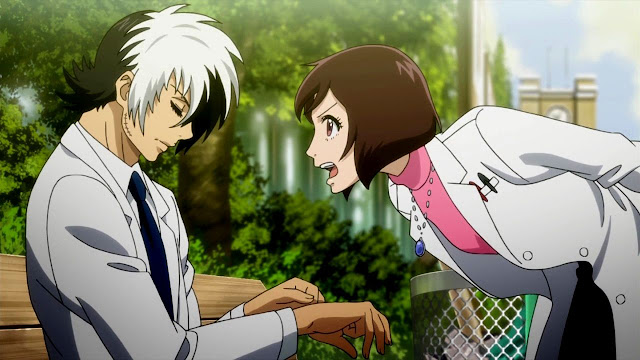 All these early episodes thrust Hazama into scenarios too farfetched for one med student to sensibly encounter (being forced to perform a heart transplant on behalf of a loan shark for one), but realism directly through the plot has never been this franchise’s forte. I do wish that conflicts weren’t solved in such an idealistic fashion, no matter the scale or complexity, but it’s par for the course. Nonetheless, the effort to provide a historical edge by tying in the show’s 1960s setting with the Vietnam War is appreciated. The promise of multi-part episodes to shake up the episodic-oriented “patient of the week” formula is equally welcome.
Admirable as the show is thus far, I suspect some fans will deem it faithful to a fault for lingering on the safe side. What made the original Black Jack tick was its clever way of surrounding paintings of preposterous scenarios in a relatable frame, memorable side characters being given ample time for their stories to play out, and Tezuka’s masterful writing that threw readers straight into the trenches. Young Black Jack does some of this, but aspects such as the severity and trauma of moral dilemmas are toned down and characters and their backgrounds aren’t quite as fleshed out. As a result, it feels like something is absent to the established fan.
As an introduction to the Black Jack character, though, the “Young” interpretation is sound, and in a bizarre way, almost justifies the weaker storytelling. As the story implies with Kuro Hazama being cast as a student, his ideals haven’t been sufficiently challenged as a character yet. He’s very much struggling on the edge of ethical conundrums for now instead of having viewers interpret the merit of his brashly illegal actions. As such, it’s sensible that the complexity of his cases would increase with experience by the time Tezuka’s own work sets in. 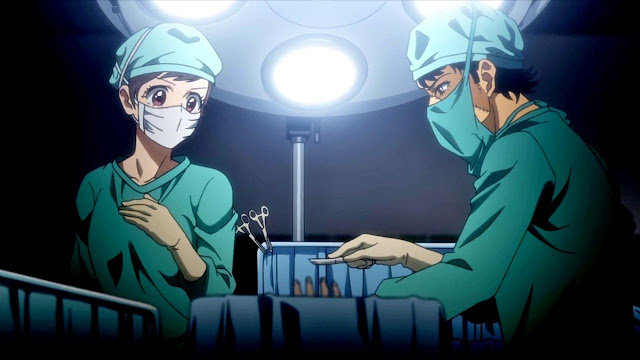 This appears to be a brief twelve episode series aimed at nabbing the uninitiated fan and, as a transitional show, Young Black Jack excels. In particular, the updated art and character designs breathe new life into the Black Jack character. Hazama looks a little less sinister, which is fitting given that he hasn’t yet perfected that peculiar brand of calculated lunacy in this story.

Though it has yet to offer anything as thought-provoking as Tezuka’s original work, there’s plenty of solid episodic drama to be found in the weekly exploits of Young Black Jack. If you’ve never given Tezuka’s work the time of day, this more modern take might help ease you in.

Now you can have your very own anime eyes!