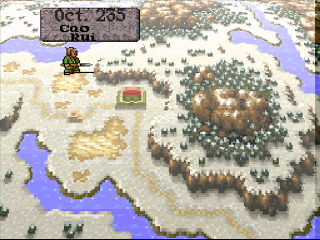 I’m not sure what miracle it was that convinced Tecmo Koei to release a Romance of the Three Kingdoms onto the Wii U Virtual Console, let alone in the West. What’s even more miraculous was that it was released in the Australian Wii U Virtual Console too, and we never get those kinds of games out this way.

Whatever miracle it was that brought the game to the console though, I owe some prayers to whatever deity it was that made the miracle happen. With the release of Wall of Fire the Wii U finally has the kind of rich, deep experience that I seem to spend half my time looking for on the HD consoles now. Sure they still exist on PC courtesy of the likes of Paradox Interactive and iPad thanks to publishers like Slitherine, but consoles are spinning out in a different direction. That it’s a Virtual Console game and not a “proper” release is a pretty sad reflection on the state of modern gaming in the west, really.

Looking at MiiVerse there’s plenty of comments wondering just what this game is. It’s not surprising because despite being a series that has been around since the NES era the Romance of the Three Kingdoms games are very rarely released outside of Japan now. Aside from an iPad game the console release outside of Japan was back on the PlayStation 2, from recollection. In that time Japan has had many more releases – including one on the Wii U itself, but fans of deep strategy games in the west have gone without. Why has Tecmo Koei stopped localising them? No idea – one could argue a decreasing appetite for intelligent games as the popularity of Call of Duty made the FPS the default format for new game development, but regardless of the underlying reason the reality is that they just stopped selling in the west, and that’s a tragedy because if quality was enough to generate sales they would still be mega-hits. 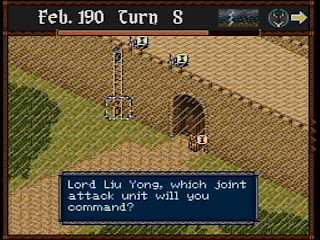 So what is this game? All Romance of the Three Kingdoms games are deeply strategic and intelligent turn-based empire-building strategy titles that are set during the same period as the historical fiction novel that shares the same name. The idea of the game is simple – take control of a warlord in one of the regions of China, and expand your dominion while eliminating rivals; in other words, just like many other strategy games.

The difference in this series is that you’ll need to manage town development, the morale of both your units and townsfolk, form political alliances and engage in espionage over your rivals. It’s less about combat and more about the kind of high-level decisioning that actual leaders need to manage. While it’s nowhere near as complex as actually being a political leader, Romance is the kind of game where resources and time are both too limited to do everything and so finding the right balance is all about clever thinking and often more about understanding your opponent’s weaknesses than their strengths. Which is accurate to military strategy; Sun Tzu did come from China after all.

There’s a couple of things that make Wall of Fire stand out and be worth the investment even today. Firstly, the AI is great, even after all these years. Again on MiiVerse I see people saying it’s “difficult,” bit it isn’t really, it’s just the kind of game that actually demands thought, because the AI isn’t a sitting duck; it’s aggressive and understands basic principles of alliance-forming and timing an attack for when the enemy is weakest. While eventually it’s possible to reach the point where you can game the AI into making silly mistakes, that’s many, many hours of play away and on “Pro” difficulty level exploiting SNES-era AI still might not be enough to walk away with victory. 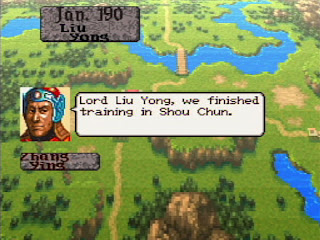 AI is the most critical element of a strategy game and getting it wrong is like getting the jumping mechanic wrong in a platformer. Because Wall of Fire gets it so right it doesn’t matter than the rest of the game is static backgrounds, menus, and tiny blocks of pixels representing units; the game is engaging on the brain matter and hours later it’s morning and you haven’t slept a wink.

And it’s a rollarcoaster of a brain-teaser that manages to be exciting and intense despite being little more than a pretty series of spreadsheets. Carefully constructed plans can be so easily ruined by a locus swarm or plague that rips through your food supplies and army strength. An enemy will encourage riots in a newly-acquired and unstable city as a prelude to invasion. A key general will defect at the least opportune moment. As in the real world, random events can mess with strategies and those moments where I hit “end turn,” and hoped to avoid a plague so you can invade a weakened neighbour were enough to have me up and pacing (or, walking to the fridge to grab a beer, at least).

This should be obvious, but Romance is not that easy to get into. Because this is a game from the SNES era, the developer assumes that you’ve got handy access to the manual and have read it – there’s no tutorial to speak off, and with so many menus to work through trying to jump in and learn the ropes on the fly is a recipie for disaster. Similarly the game fails to give much context to what is going on. Chinese history during this period was beyond fascinating, and later Romance games (as well as the Dynasty Warriors series) has done a far better job of explaining who the generals are and why all this fighting is going on. As with any game, a lack of context makes connecting with the game a challenge. I can only suggest going and reading the novel by Luo Guanzhong, or at least hitting up Wikipedia, and then giving the game a solid 10-20 hours to really hook you in, because at the start it is a tough slog. 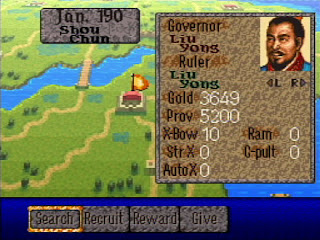 Now comes the time for the score. No doubt there are some people that are going to look at it and go “this game isn’t for everyone, how can you score it that way?” Here’s why; Romance of the Three Kingdoms represents an endangered kind of game. It’s intelligent, it’s deep, and its satisfying for reasons beyond bloodletting. It’s a game everyone should love, even if they don’t. As someone who is thoroughly sick of modern approaches to making games, it’s games like Romance of the Three Kingdoms that gives me hope that there’s an audience out there for an experience that is a little more meaningful and rich, and I just hope I can encourage everyone to take a risk and give it a go – they just might surprise themselves with how enjoyable these kinds of games can be.