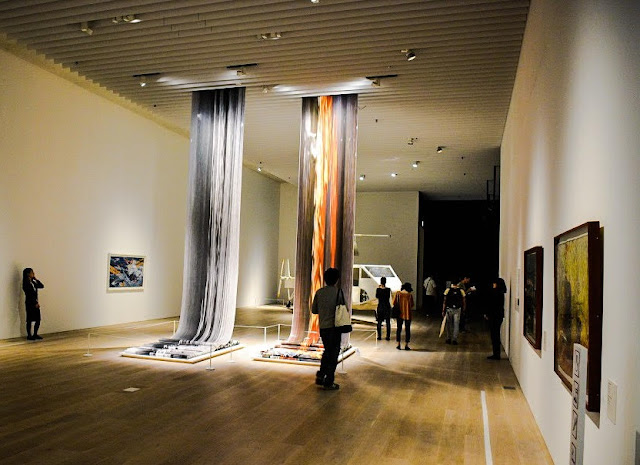 Japan, and especially Tokyo, has such an incredible range of art galleries, zoos, museums and exhibitions that it’s a pity that the city doesn’t have the same reputation for “culture” as those in parts of Europe. Where people plan entire trips to see the galleries and museums of Paris, Moscow, London or Rome, few people come to Tokyo with the intention to spend a week hopping from one giant building of art and history to the next.

But you absolutely can do that. In fact, for people that do have an interest in history, culture and art, I highly recommend doing just that. Two days that I’ve been in Japan so far this year I have spent going to various galleries and museums, and they have such a vast contrast between them that shows that just about every gallery fan will find something to love here.

The first thing you want to do if you come to Japan prepared to see a number of galleries and museums is to pick yourself up a Grutto Pass. This is a thick booklet that will set you back 2,000 yen (or roughly the value of $20), and within it are steep discounts or free entry to everything from the most niche of galleries to the biggest of zoos and museums. If you go to four or five over the course of your trip, you’ll be making a saving through the Pass. 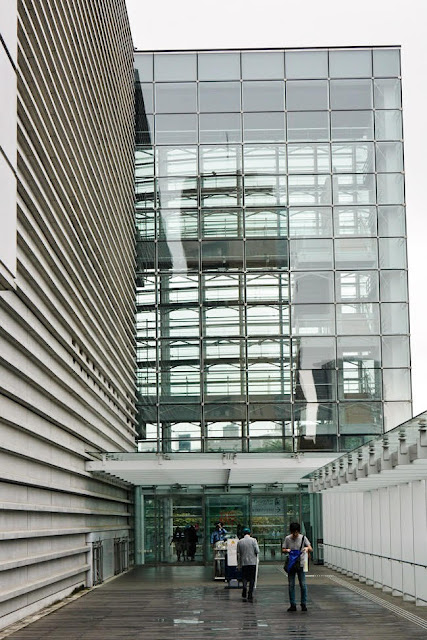 Armed with that Pass, my first stop was Tokyo’s National Art Center. This is an impressive building indeed, and one of the largest and most important art gallery spaces in the city. Now you’d think I’d be at a building like that to see the works of Hokusai or similar, but no. I was there for a gallery of anime, manga, and games.

Sure, we in the west may have accepted that popular entertainment like animated cartoons, comics and games have artistic merit, but rarely do we put them right in the middle of a formal art gallery, and encourage fans of the aforementioned entertainments to rub shoulders with fans of more classical art who frequent art galleries. And yet, this is the second time I’ve been to this gallery and seen games in action. Four years ago I went to an interactive art exhibition at the gallery, and alongside the kind of weird experimental stuff that you might expect to see in galleries (which weren’t games at all) there were titles ranging from Mario to Love Plus.

This exhibition was far more expansive, and unlike the one I visited four years ago, this one included large galleries of manga and anime on display too. There was a broad range of games on show, from Love Plus (if anyone tries to claim that game is ‘for perverts’ or whatever, point out that it has been displayed in at least two art gallery exhibitions), to Metal Gear Solid, the train simulations that never make their way out of Japan, and Hatsune Miku. Yep. Miku’s officially art now. All bets are off with where my addiction to all things Miku can go. 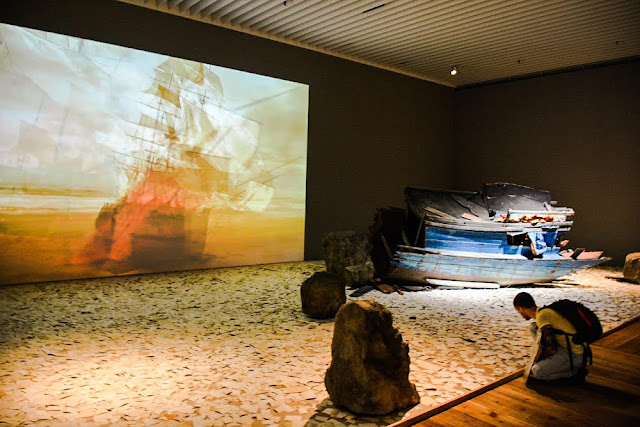 The gallery was split into different themed sections, which dealt from using games to interact person-to-person, to the concept of interactive space, the use of manga to tell news, the cultural relevance of anime, and so on. Everything on display was validated and explained in nice, clean language and provided just a tantalising hint on where further research into these fields could go. It was a large exhibition, and it was a genuinely good one that shows just how much further ahead the Japanese are in the recognition of modern popular media as having merit beyond entertainment.

The second gallery I visited on that first day was the Mori Art Museum, which just happened to be running an exhibition of one of the world’s leading artists from Vietnam, Dinh Q. Lê. This gallery was really quite somber, as the recurring theme of Lê’s work is to show the world an unflinching and human side of war. It affected me deeply in places, as Lê was a refugee, and seeing his response to the Australian government’s inhumane treatment of refugees at the moment was uncomfortable to witness as an Australian. One of the rooms in the gallery had large-scale models of ships breaking up in the ocean, and footage of a ship burning on the background. On the floor were innumerable postcards and photos of refugees; children, adults and the elderly. These were turned face down, and each visitor was asked to bend down, pick one up, and drop it in a box at the other end of the room. That simple act was an intense way of both humanising those Australia treats horribly.

And while the relevance of it might not have the same impact on nations that are humane with how they treat refugees, it is indicative of the tone of the overall exhibition, as a sharp reminder of the impact that war has on people, and a certain hypocrisy between how the west behaves towards warfare, and the way that those who are affected by it perceive warfare. For another example – there was a large, full wall installation that made it explicitly clear that during the Vietnam War, statistically speaking, it was the Vietnamese that suffered, but juxtaposed that reality with commentary from American leaders and military propaganda at the time. One suspects that Lê’s exhibition being in Tokyo on the 70th anniversary of the unnecessary and deliberate nuclear attacks on civilian populations in Hiroshima and Nagasaki was not coincidental. 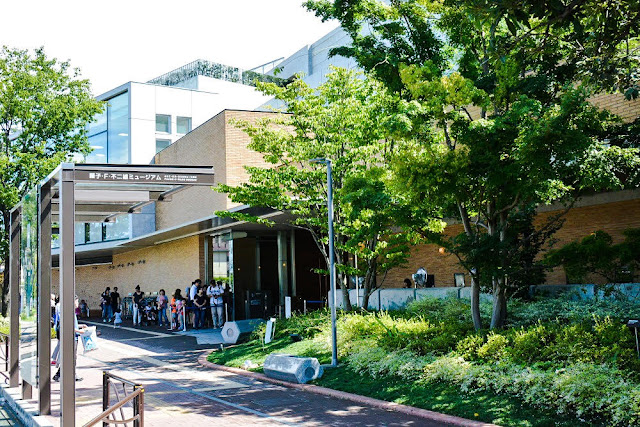 Despite the sobering effect that this exhibition had, I’m glad I attended it because it did what art does best when it’s at its best – it challenged me on an intellectual and emotional level and really forced me to sit and consider how I perceive the world. And, the mood was immediately lifted afterwards, as, after emerging from the exhibition, I was reminded that the Mori Art Museum is on the 52nd floor of the Mori building in the heart of Tokyo, and I was greeted with spectacular views from the observation deck.

The third museum I attended was not included on the Grutto Pass, but I had to go anyway; it was the Doraemon Museum, a temple and shrine to all things to Fujiko Fujio, the creators of one of Japan’s most endearing and lasting manga heroes. This one was both fascinating, in giving me an insight into the lives of the people behind Doraemon that I hadn’t known previously, and a whole lot of fun. The galleries were filled with precious original art works from Fujiko Fujio that have been meticulously preserved to last into perpetuity. I was lucky that they were on display in celebration of the fourth year anniversary of the museum being opened, rather than the replicas, as they’re usually kept safely stored to further preserve them from the effects of light and the like.

The cafe in the museum was a real highlight, with food themed after the various creations of Fujiko Fujio. The pancakes made to look like Chimpui were too irresistable, so I went with those. There was also a little cinema in the museum which played a 20-minute short film that can only be viewed at the museum. It might only take 3-4 hours to wander through this entire museum, but it is very much worth the time.

There’s a whole lot more that I want to see that is in he Grutto Pass. Each time I come to Japan I try to visit at least a few different galleries, and so far this year they’ve all been hits. It might not be something that ranks high on people’s ideas of things to do in Japan, but it really should be.