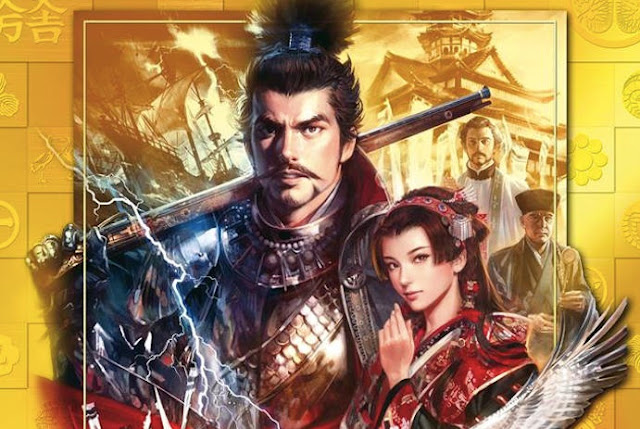 Nobunaga’s Ambition: Sphere of Influence marks an interesting return for a series that has been around in Japan, but we haven’t seen in the west for many years. Like many grand strategy games that are popular on PC but rarely seen on console (this game is also coming to PlayStation 4), it challenges the player to manage several things at once, from improving the economy, expansion through combat and non-violent diplomacy with rival forces. Having had a chance to get my hands on a very early build of the game, I am quite happy to say that things are shaping up beautifully for the September 1st launch.

Related reading: The trailer for Nobunaga’s Ambition: Sphere of Influence.

One of the things that makes the Nobunaga’s Ambition different from other strategy titles is in its setting. There are a couple of strategy games that have been set in Japan over the years (Total War has been there twice, and Paradox Interactive has the very underrated Sengoku from a few years ago, but it’s an uncommon setting nevertheless, and that will make it quite new for a lot of people.

You take the role of a daimyo (general) during the Sengoku era, attempting to unite the country and to ascend as the shogun. While the series has always latched onto the Oda clan (Oda Nobunaga is referenced in the game’s title), as the most notorious general of the period (think a Japanese Napoleon, and you’d be roughly there) there is a tremendous number of clans you can choose to make your own. While this is a strategy title, and you are ultimately in control of everything that happens, there are considerable nods to points in the Sengoku time line, where historical events take place around you. These moments will be familiar to anyone who has spent time playing the Samurai Warriors titles, and this adds a sense of real historical context that is lacking in a lot of other strategy games, which don’t take long to deviate from their historical norms. 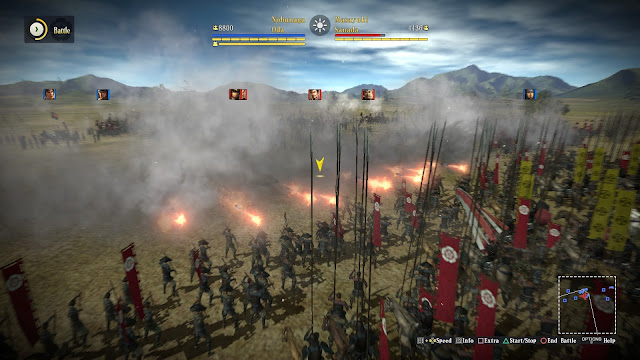 Sphere of Influence handles the delicate balance between macro organisation and more minute details very well by blending turn-based strategy with real-time execution. Each month serves as a turn, where you can work on improving your fief a handful of different ways. This can be by improving craft or crop producing (thereby gaining more gold or rice when they are gathered), or more physical components such as building new structures or improving a castle. These actions require money, labour and for you to designate a trusted someone to oversee the project.

Generals can oversee your monthly project, or they can be leveraged for other things as well. These include, but are not limited to, activities such as surveying the land to try and find natural resources to make the region more valuable, carrying on subterfuge against neighbouring opponents or handling diplomatic affairs. Any general who is tasked with jobs gets a little better at them over time. Each general also has their own strengths and weaknesses. Having to manage both heroes and territory makes for some rich strategy indeed.

Of course, all of the diplomacy in the world might add a later of strategy to the game, but this is a war simulation and to that end combat still plays a very large part in the series. This is where the more real-time aspects of gameplay come out. Between months time advances. You can pause or play it forward at one of three speeds. If nothing eventful happens in between, you simply move onto the next month and figure out what to construct next. However, if combat is being waged during those times, the units can be commanded and will battle with one another like you would expect out of a real-time strategy game. They will of course pause when the month comes to an end. This allows you to manage the matters within your own castle and continue to build or gather conscripts as needed, but then the matters of war continue on in real-time after those decisions are made. 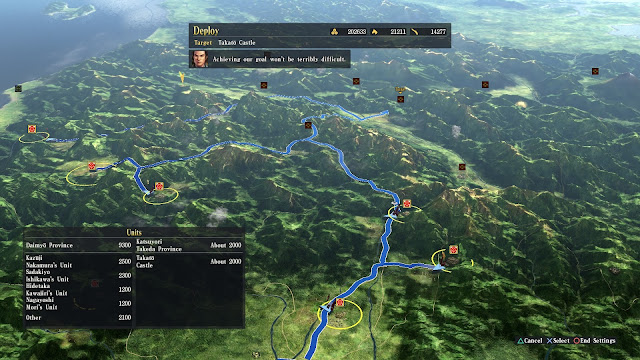 Nobunaga’s Ambition is going to be a somewhat challenging game. I tried it on several difficulties, and while the easier settings certainly offered less of a challenge, the harder ones crushed me with no mercy. There are a lot of dials and switches to be played with when setting up a session, and there are several different historical settings to be called up (as well as a couple of fictional ones, including the tutorial). Between the different scenarios, myriad settings and plethora of clans to choose from, there should be a good deal of replay value as well..

Just in case you wanted to add your own personal touch to things, there is a rather easy-to-use creation tool included as well. This editor allows you to create your own generals and warlords. The number of traits and customisable options is really quite staggering, and while there is very little actual instruction within this menu, I was able to figure it out rather easily. I have no idea if this feature will make its way into the console versions – I have my doubts that it will, but it is a fun tool to play with.

Related reading: Another grand strategy game worth considering on PC that has a global focus, rather than just Japan, is Europa Universalis IV.

Seeing as this was an early hands-on preview, there are still some corners that need polish. There’s a Facebook link-in feature which simply doesn’t work at the moment, some instability with some of the character editing options and there are places in the game where the instructions were still not localised into English. That being said, the game never crashed for me, the graphics look nice and while there is a steep learning curve, the tutorial did an excellent job of teaching me the basics. This is out in less than a month now, but unless something goes drastically wrong, it’s going to be a game we strongly recommend when it releases in full.