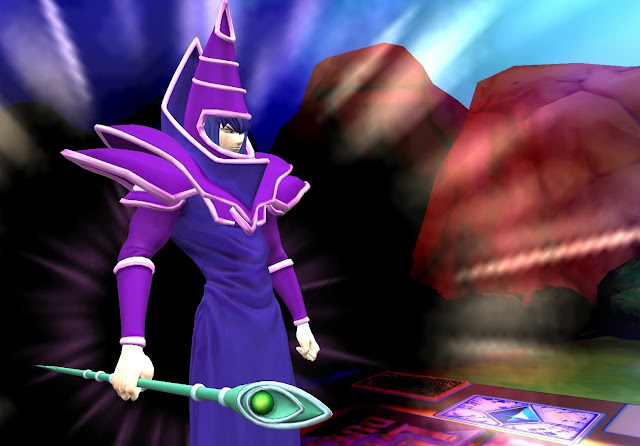 On the one hand I’m always up for a new Yu-Gi-Oh! game. On a fundamental level it’s a very complex, but very high quality, collectible card game (CCG), and short of making a video game version of Weiss Schwarz (a CCG game that features both Risette from Persona 4 and Hatsune Miku in it… enough said), it’s also the best Japanese CCG that we can hope to see in video game form.

Related reading: If you’ve got a PlayStation 3 you can get much the same experience from Yu-Gi-Oh! Millennium Duels. Matt’s full review.

On the other hand I can’t help that wonder about just how badly the developers behind Yu-Gi-Oh! games misunderstand why people play CCGs. Legacy of the Duelist on the PlayStation 4 is the latest in a very long series of Yu-Gi-Oh titles, but the game suffers from many of the same issues that I had with both the PlayStation 3 and Nintendo 3DS games before it. There has been a marginal effort to take the game to the new generation, but it is only marginal.

The biggest issue that I have with these Yu-Gi-Oh! games is how sterile they are to play. By its nature a card game is a fairly static experience, with cards being tossed on to a table, and an abstract set of rules determining which set of cards wins each game. For the uninitiated, these games can be painfully difficult to get into thanks to their abstraction, and that is precisely why the developers of both the card game, and the digital versions of those card games focus so much on the presentation of those cards. The little bits of art work that are so spectacular in cards that we see in Magic: The Gathering, Hearthstone and Might & Magic: Duel of Champions is so important to the experience because they make these games accessible. Everyone can appreciate good art, and from there, if a person appreciates the art on the cards, they might be encouraged to learn the game. 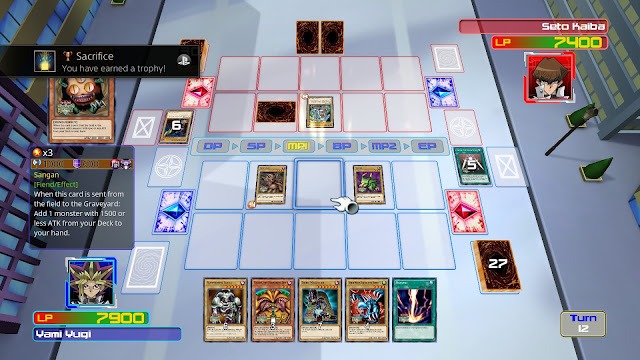 With all the power available to developers on modern platforms, we have some truly beautiful CCGs, with highly detailed recreations of the art found on the physical card came that would almost look better than the real thing. Meanwhile, subtle animations in cards themselves, such as a subtle floating effect if the card happened to be a flying creature like a dragon, helped to give the digital versions of these games a subtle, but effective, visual point of differentiation when compared to the real game.

And that’s what confuses me so greatly about Yu-Gi-Oh! Legacy of the Duelist. Not only is the game itself a straight-up recreation of the card came, with the most minimal and efficient use of animation and visual effects, but it also does a truly terrible job of representing the art of the card game itself. There are some 6,000 cards to acquire and build your decks out of in this one, which is impressive to be sure, but this doesn’t mean as much as it should when after collecting half of them I hadn’t found a “favourite card.” With other CCGs I would almost make a habit out of building decks around my favourite cards, even if those cards were not the most powerful available to me. With Yu-Gi-Oh I had no such emotional attachment to any cards. I would simply build the most effective decks I could imagine, which certainly helped me be competitive online and the like, but immediately gave the game a lasting impression of sterility; that of cold, hard maths being played out with little concern with presentation.

I understand and appreciate that there is a lot of data that flows through the typical Yu-Gi-Oh! game, and this makes it difficult to build a user experience that provides all necessary information in legible and efficient manner. But I believe that surely the interface could be better than what is on offer here, because it’s all too ugly to make reading through it a pleasant experience. The one spark of visual inspiration comes from the rare super-powerful card, which, when attacking, will be represented as a short 3D animation of the creature the card represents launching an attack. These animations were quite decent and entertaining, but far few cards had them. 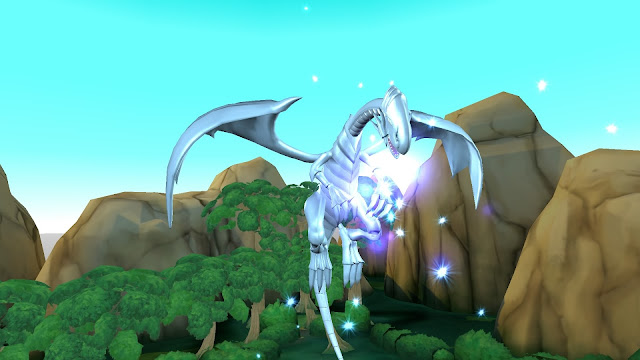 The content that’s on offer within Legacy of the Duelist is extensive, and that’s a good thing. However, it’s the kind of content that is not going to convince anyone new to take on the game, which is a problem. In the single player mode players can run through the stories of a few of the key Yu-Gi-Oh! animes, and this is great for fans of the show that want to relive favourite moments, but the way the plot is told is so threadbare that it’s really a Cliff’s Notes summary of each series, which will mean those who aren’t familiar with the anime will come out of the game with no better idea about it. Which, in turn, means they’ll likely find it quite boring.

That is why it is such a problem that the game then mandates that you play through the entire story mode to earn the cards you’ll need to be competitive. Each victory in the single player provides a veritable stream of unlocks and rewards, which are overwhelming at first, but over time start to provide a meaningful sense of progress. Thanks to the generally uninspiring narrative, however, only the most dedicated Yu-Gi-Oh! fans will care enough to want to unlock everything. 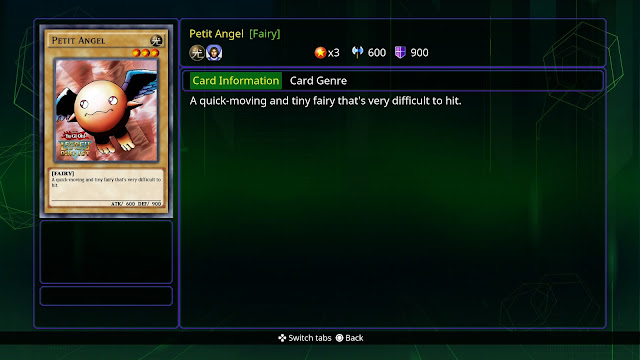 Related reading: And for a paired down version on the go, check out the Nintendo 3DS’ Zexal World Duel. Matt’s full review.

Yu-Gi-Oh! Legacy of the Duelist’s most compelling feature is the fact that unlike every other CCG out there, it’s not a free-to-play game, which means you don’t need to grind away for hours to buy a single booster pack of a few cards… or hand over real money for the same privilege. All 6000-odd cards can be acquired by simply playing the game, and at a decent pace. New cards come at a steady rate for hours, and from there building competitive decks can take hours of careful deliberation and then testing against AI opponents. All for the joy of taking your buddy down in a battle of wits at the end. From this perspective, this is perhaps the best value CCG available out there, and certainly makes what can be a very expensive game on the wallet quite accessible.

Konami would do well in scouting out a new development team to handle the next Yu-Gi-Oh! game. With the last couple being workmanlike but unremarkable efforts, it’s difficult to shake the feeling that without an overhaul the star of this particular CCG is only going to fade further. And that would be a pity, because the core card game remains one of the most strategic that we’ve ever seen.