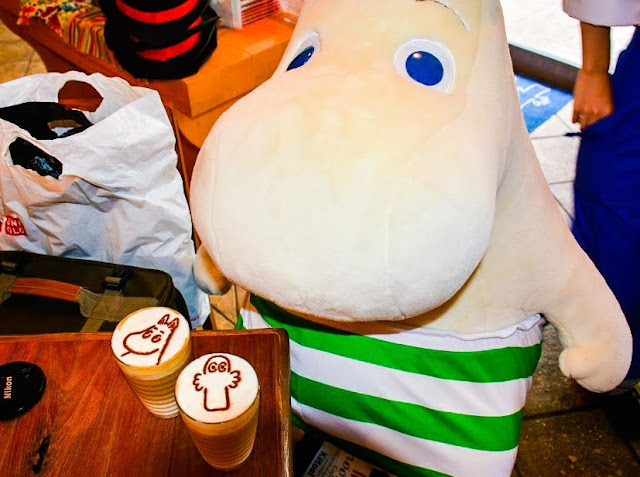 Spend enough time in Japan and you’ll realise quickly that the Japanese do liked their characters. Sanrio – the makers of Hello Kitty – has built an entire business model around developing cute animal characters. The entire reason that Hatsune Miku is a success is that Crypton had the foresight to give a bit of software a character.

The people of Japan also like their themed cafes, from the maid cafes of Akihabara through to cat & rabbit cafes, and then there are cafes based on popular characters, such as Peter Rabbit and Moomin. With the Moomin cafe being within a small theme park/ shopping mall complex next to Tokyo Dome (where I went to a baseball match), I figured I might as well check it out.

As a big fan of all things Moomin, I had a great time. The first thing to note is that this particular cafe is incredibly busy, with a lineup forming waiting for tables to become available. In an immediate hit of Japanese hospitality, one of the waitors came out and providing seating for everyone, as well as a cup of ice tea to help keep us cool as we waited. I had to laugh as I considered whether an Australian cafe would ever do something like that. Unlikely. 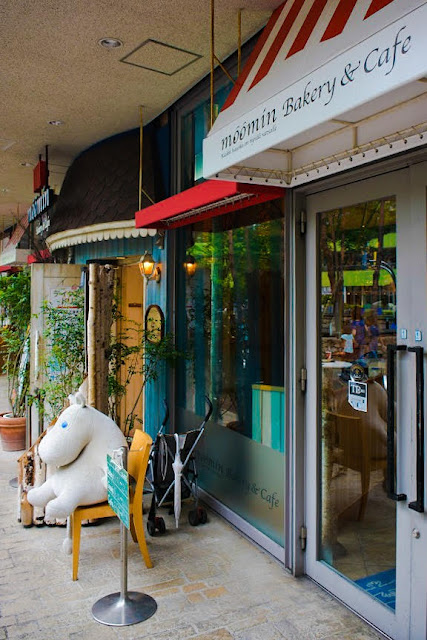 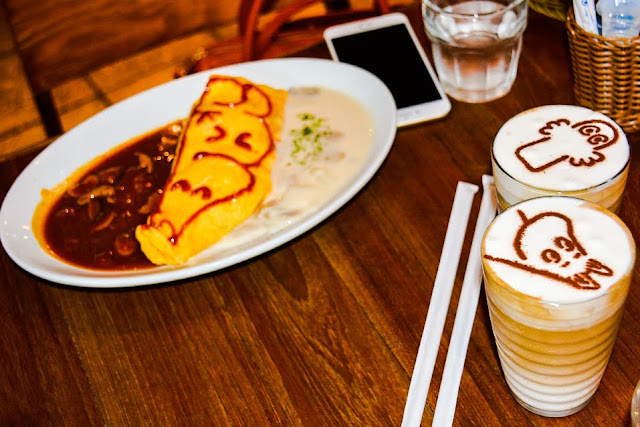 After about an hour’s wait, it was finally my turn, and I was sat down next to a rather adorable stuffed Moomin and asked for my order. All the food in the restaurant was Moomin themed, with coffee art being shaped into various Moomin designs, and the light meals all featuring Moomin designs in some manner – the omlette rice dish, for example, had a Moomin drawn onto it with tomato sauce.

The food was nice, light, cafe fare, the coffee was lovely, and the atmosphere of the cafe space was calm and relaxed, which was an achievement given the theme park rides outside. I was only able to stay 45 minutes on account of the line outside, but this is a cafe I would return to if I was ever in the area.

The theme park, meanwhile, was a strange one, as it was built around and through a shopping mall. The massive rollar coaster, for example, actually travels through a hole cut in the building. The shopping wasn’t overly interesting, but the fairground rides helped give the area a positive vibe, as people dropped in for a bite and a ride or two before a baseball match. 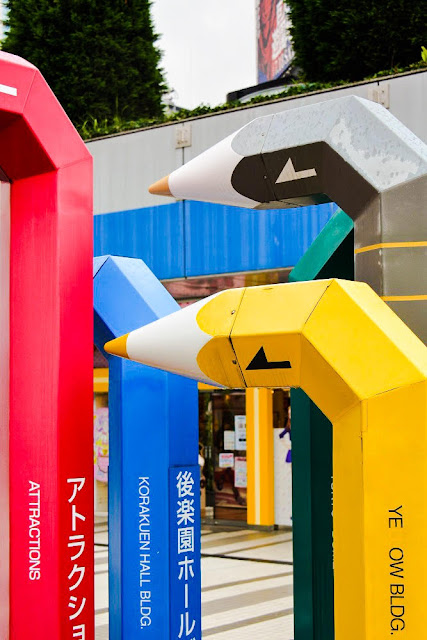 There was also a small arcade, which unlike in Australia, means a wide range of games and skill testers (in Australia, aside from the rare Street Fighter or racing game, our few remaining arcades are all about skill testers and those “play well for tickets, which can be redeemed for ridiculously cheap prizes” games.

Because I have the ability to track down all things Miku I was able to track down the Project Diva F arcade game, which I did as well as you might expect for a guy that’s logged hundreds of hours on the Vita games. Then I found the Persona 4: Dancing All Night arcade game, and after one go at this I’m now certain that once the Vita game lands it’ll be up there with my favourite rhythm games ever. It plays beautifully.

Finally, there was one other rhythm game that I tested out; Groove Coaster. This is a far lesser-known rhythm game, but I absolutely adored the iPhone release. I hadn’t realised that it had also been turned into an arcade title, and figured I’d give it a spin. It was a lot of fun, but I am really terrible at Groove Coaster, and worse, people watched me fail at it badly. I wish they had have seen my performance with Miku instead. That would have shown them what gaijin are capable of. 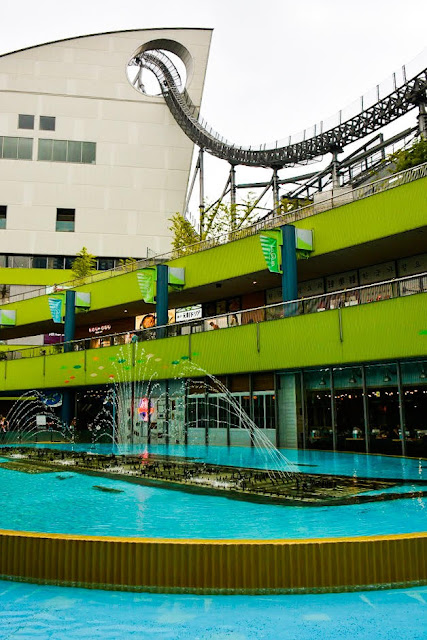 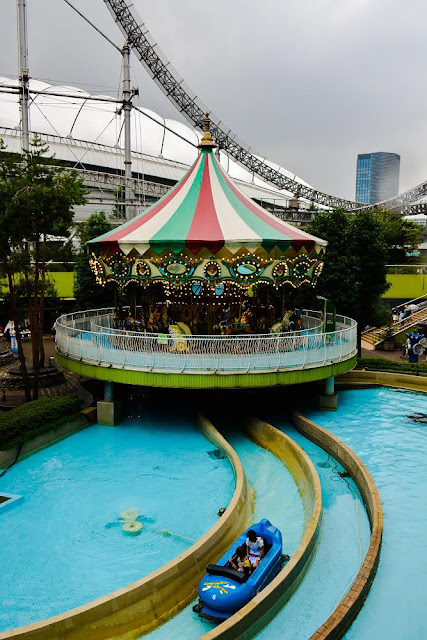 Anyhow, there probably wasn’t enough in the theme park and Moomin cafe to fill in a whole day, but as something to fill in a couple of hours before the baseball started, I highly recommend anyone that goes to Tokyo Dome giving themselves a little time here too.