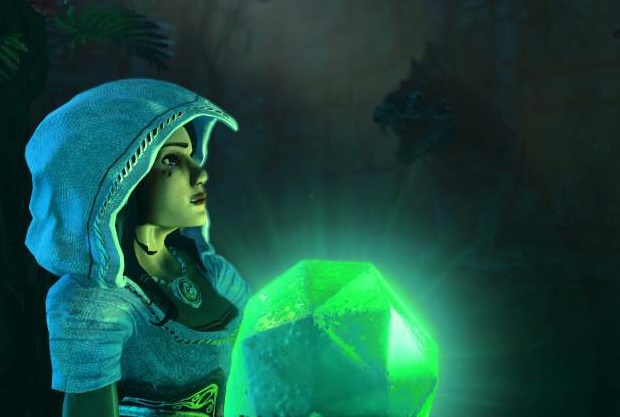 The third entry in the Trine series shows an evolution of sorts by taking chances seldom found in established franchises. The team at Frozenbyte deserves credit for staying true to the heart of what has made this series work over the last several years, while making sure to innovate enough to make this latest iteration in the series feel fresh and rewarding. However, not all the changes have worked out for the best, and some of the differences are backwards steps from the prior releases.

The very first Trine really snuck up on me. I knew nothing about it at the time, and happened to pick it up on Steam as part of a summer sale bundle. I fired it up to unlock a couple of achievements because that was part of the summer sale: complete some goals and earn some extra chances at winning free games. I dove into Trine with the intention of getting those requisite achievements and then moving on to other games in the list so I could do the same, but a funny thing happened along the way. I forgot all about those other games and stayed up almost all of the night as I played through Trine in one incredibly long but entertaining session that night.

I actually refrained from playing Trine 3 during Early Access for this reason. I knew that the level list was not complete and I also had a sneaking suspicion based on my history with the prior two games, that I would wind up wanting to play through all at once. While it did not happen in a single night or sitting this time, my suspicion was confirmed as I found the latest entry of the series very difficult to put down. 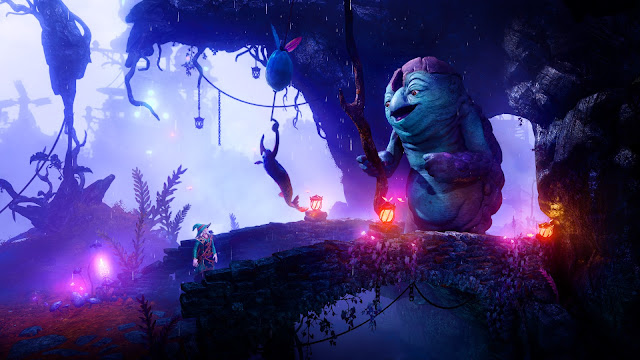 Visually the Trine games have always been striking, and while Trine 3 is still vibrant, colourful and full of interesting detail, the transition to a 3D environment engine does takes a bit of something away from the beauty of the game, as odd as that sounds. It is clearly the same style, but but the presentation is what I think suffers the most as the camera angle sometimes forces an unflattering view that can range from ‘just fine’ to ‘annoying’ and everything in between (I would even go so far as to use the term ‘awkward’ at times). Thankfully the fluid character animations and imaginative background environments still appeal.

As beautiful as the Trine games have always looked and sounded (the music scores have always appealed to me as well, and in The Artifacts of Power this is no different), the stories in the prior two games were always quite thin. Trine 3 attempts to reconcile this by giving us a lengthier introduction and a setting that allows us to delve deeper into our three protagonist’s stories. Zoya is a thief who still revels in adventures, the warrior Pontius is shown as kind-hearted if a bit dim while our wizard Amadeus is relaxing by a waterfront. This was a welcome change of pace from the past two games where the characters were more defined by their abilities than any attempt to give them personalities. However, in the same vein, the pendulum may have swung too far. While their abilities defined the characters in the past, it made the progression of the characters more interesting as they learned more skills. For whatever reason, here the characters have had their abilities stripped down, with less talents and no progression to speak of.

Unfortunately the story fails to deliver, for all its good intentions. This is a relatively short game (you can complete everything there is to do in just a few hours or so, including side challenges). I believe both of the prior games rang in at at least twice the duration. While having a short game is not a death knell, it is concerning because of the way Trine 3: The Artifacts of Power ended. If we are being generous, one could called it a cliffhanger. If I am being honest, it’s more like rushed and incomplete, as though this iteration is setting us up for some DLC later. I am perfectly fine with DLC that adds something to a storyline, but in this case it feels like future DLC or a future sequel completes the storyline, and that I am not good with, especially given the already short length of the game at its current price point. I would be lying if I said that execution did not rub me wrong. 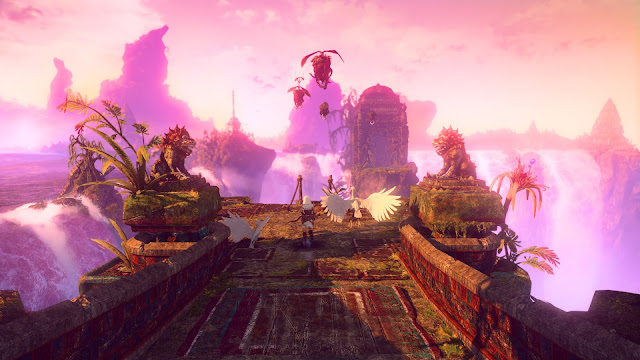 The other big gameplay change was something I mentioned above – the transition from a 2D platformer to provide full 3D environments to explore. This certainly adds a level of freedom that was missing in the prior games, and it took some getting used to. That being said, I enjoyed the engine a great deal once I got the hang of it. We still have our share of puzzles and the three characters still operate in largely the same way as they have in the past. The 3D environment is both a curse and a blessing as it allows for more creativity from the enemy creatures in how they move and attack, but I cannot help but think that the 3D engine is also to blame for the stripped down character skills – as though there were challenges or concerns with trying to translate some of those older abilities (or coming up with fresh ones) that would translate properly into 3D.

Trine 3: The Artifacts of Power becomes a mixed bag, because the core game is actually quite enjoyable despite a handful of growing pains associated with the transition to a fully realised 3D world. The visuals and music deliver as always and it is great to see some more times spent on actually developing the story and fleshing out our three protagonists. However, in giving the heroes a better story, they somehow have even less to do in the game. Perhaps more frustratingly, the story is short and incomplete, making the game feel rushed or like the development team has unannounced DLC planned for down the road.

The Art of Fallout 4 book coming this December