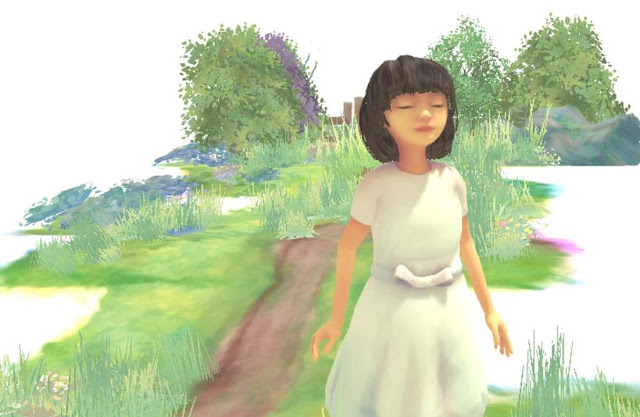 Beyond Eyes is the latest example of that kind of arthouse game. You know, the kind that is more focused on telling a deeply personal story than living up to some kind of arbitrary standard of what a “game” should be.

We’ve been privileged enough to see a very wide range of these kinds of games in recent months. From the opus of gaming arthouse, Journey, landing on the PlayStation 4, we’ve also seen titles like Submerged and Toren carry the baton for this kind of experience. And now there’s Beyond Eyes. A game about a blind girl and her struggles to live through a world we all takes for granted, in our early impressions of the game we wrote about how it was subtle, emotional, and clearly meaningful.

Related reading: Matt’s hands-on impressions with a number of upcoming Team17 games (including Beyond Eyes).

Of course, as with all arthouse games that dare to be different, this one is proving to be controversial as the early reviews come in. Because it doesn’t conform to traditional gameplay models, there will be critics that try and apply traditional expectations of gameplay to Beyond Eyes, and that will always show up as a black mark. However, those critics that are going to judge the game based on what’s put in front of them, as a unique narrative and artistic experience, will no doubt be much more partial to it.

We hope to have our own review of the game soon enough. But in the meantime, we do have an interview with the creator, Sherida Halatoe, for your reading pleasure. We chatted with Halatoe about what inspired this game, some of the themes that it expresses, and what it’s like to be designing a visual media project about lacking sight.

Digitally Downloaded (DD): What inspired you to make a game about blindness for a visual medium like games?
Sherida Halatoe (SH): Originally it was never the idea to create a game about blindness per se, my friend Rian Franssen and I who started the project in college wanted to create an explorative game experience based on her art style which she painted with watercolours. We liked how the paint would flow out on the paper and hoped to achieve this effect in a video game.

We also felt that as designers we needed to make sure that all the elements, like the visual style, game mechanics, story etc. would be in perfect harmony with each other.

After some brainstorming all the pieces came together, the watercolour visuals made sense from a story perspective – Rae not being blind from birth and ‘seeing’ the world like how she remembers from her picture books – and from a gameplay point of view as well – Revealing the world like that flowing paint when she explores something

DD: Does it concern you that the “slowness” of exploration, as appropriate as it is for a blind character, might put other players off?
SH: It doesn’t concern me although I do realise that this can be an issue for some players. Finding a balance between realism and the expectation of gamers is tricky but I hope they will be able to just take a deep breath and enjoy their surroundings.

DD: How difficult was it to fully research the experience of being blind? How did you go about that?
SH: Although Beyond Eyes is by no means a blindness simulator, we did want to do proper research and make sure we really understood how being blind or visually impaired can influence one’s daily life. Of course, because the game was our graduation project we needed to justify our design decisions to a committee as well.

So I searched the Internet, got into contact with an institute for the blind and just talked to blind people I met on the train to learn more about their daily lives. Another really cool thing I did was go to an exhibition that was run by blind and visually impaired people who will guide you through an experience of being blind like walking on the street, paying for things in a bar and other daily things we never think about.

There is an international travelling version of this as well called Dialogue in the Dark which I definitely recommend for people to try. 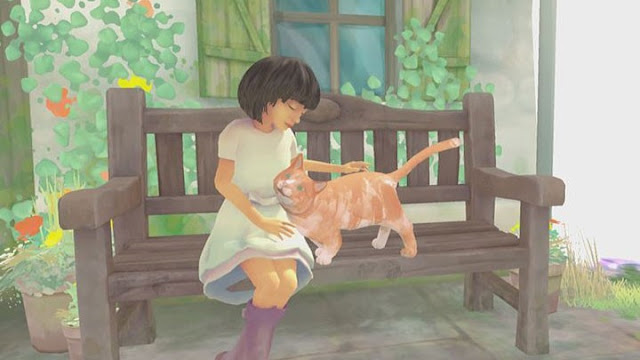 DD: What kind of outcomes are you hoping players take away from this game?
SH: In reality Beyond Eyes is a very elaborate way for me to communicate to people some of my most important life lessons:

1: Sometimes life throws horrible stuff at you and can be incredibly unfair and out of your control. However, the way you choose to face these challenges is something that you can influence. Try to be brave and face them and look for a positive note in everything.

2: Take some time to enjoy the world around you, there is beauty everywhere, even in the dullest places. I think it’s important to live with presence and take the time to inhale deeply and appreciate your surroundings.

DD: I was struck by how gentle and elegant the music was; how did you and your sound designer arrive at the soundtrack?
SH: The composer for Beyond Eyes is Marco Alkema, who is also my best mate, which made working together very pleasant. The both of us really enjoy classical music and for Beyond Eyes we wanted something that was like the musical equivalent to impressionism. Monet-like, in a way. Lots of wood instrument and some subtle strings, a little piano that really compliment the painterly style of the game

A big inspiration were composers like Claude Debussy, Maurice Ravel & Vaugh Williams but also Joe Hisaishi who composes for Ghibli.

DD: It seems to be a really good time for indie developers to really push boundaries and create games that are deeply personal to them – was it challenging to be able to get this game produced? How were you able to handle the business necessities while developing it?
SH: I’m pretty sure that I’m the worst person to ask for business advice. I just dived in, head first and ignored all common sense and just focused on making the game for 3 1/2 years by myself, ignoring things like PR & Marketing, networking and other practical things. Which is why I was really lucky that Team17 found me and offered me the opportunity to become their Indie Partner. They took care of all the non-development sides of development and at the same time showed me how to do it properly. 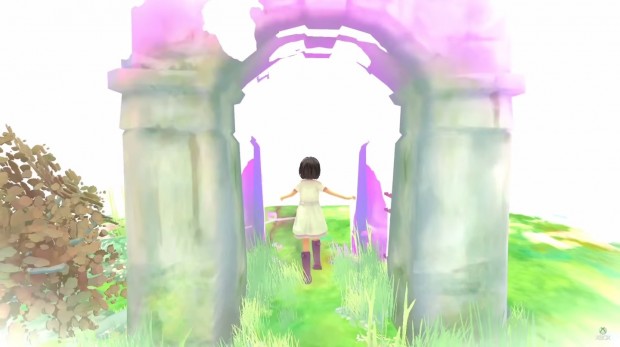 DD: Do you have ideas in mind for other games like this one?
SH: I have a long list with games that I would love to work on next. I think my next games will be similar to Beyond Eyes in that they try something new from a visual and design perspective while telling stories about interesting people.

DD: Finally, what kind of games do you yourself like playing?
SH: I enjoy story heavy games where you are free to explore and influence the story by your choices. Games like the Dragon Age and Mass Effect series are a favorite because they are so massive but I also really love Dreamfall Chapters, which is much smaller but so beautifully written. I enjoy games that allow me to just be in a space and enjoy the view every once in a while, such as Proteus & Sunset.