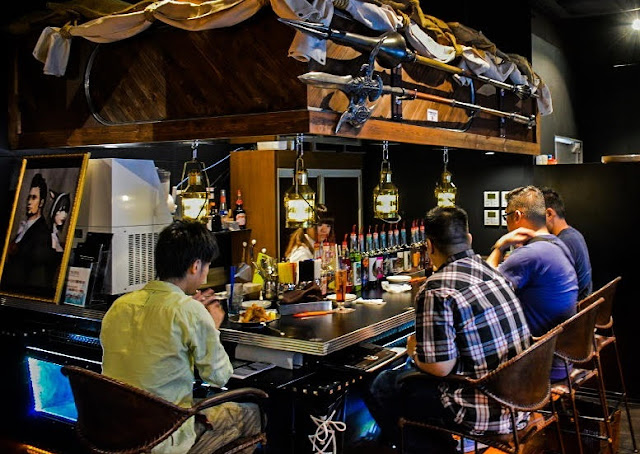 As you could probably have gathered from my previous day’s trip to the Moomin cafe, the Japanese do like their themed restaurants and cafes. From maid and cat cafes to temporary set-ups (such as a Danganronpa-themed food court that I visited last year but is sadly gone), if you’re a fan of something, then there is probably a restaurant or cafe based on it.

This time however I visited the Final Fantasy Eorzea restaurant. Which, as the name suggests, is a themed restaurant after Square Enix’s incredibly popular Final Fantasy XIV MMO. It was, in a phrase, a truly remarkable little experience.

Situated close to the heart of Akihabara, the restaurant is actually located in one of the classier buildings in the area. And, though it’s not something you’ll spot just walking by, that wouldn’t matter anyway; if you don’t book a table well in advance, you’ve got almost no hope of actually getting a seat. This restaurant is deliberately kept small and uncrowded, so patrons can enjoy the atmosphere without bumping into one another or feeling pressured to eat and get out. A 2-hour lunch booking will set you back 1,000 yen (roughly worth $10 in terms of perception of value), and is the only way I can recommend you go about getting yourself a table. That booking fee includes a free drink and collectable coaster, however, so it’s really more a down payment on the experience than a entry ticket. 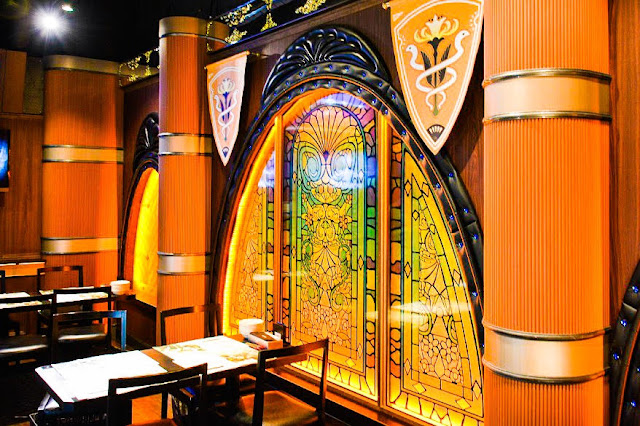 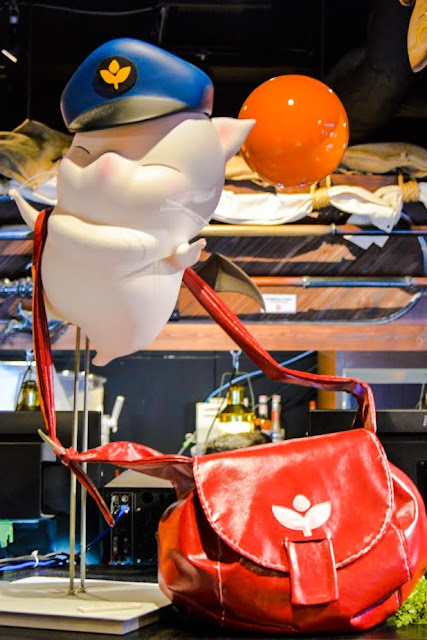 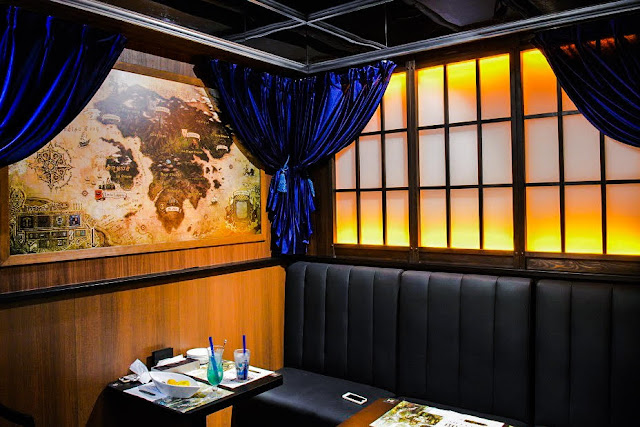 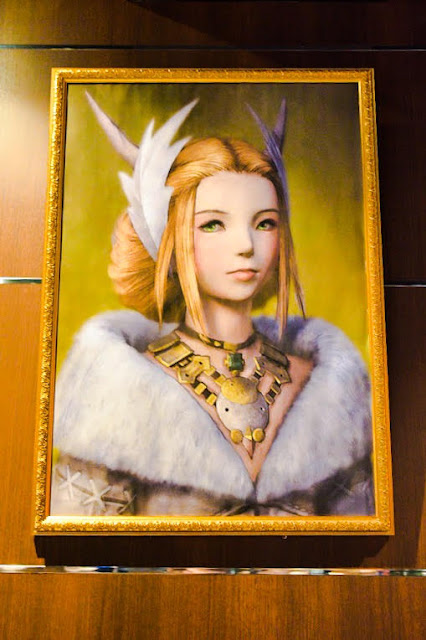 Once you’re inside the restaurant you’ll see that it has been designed to look just like one of the inns from Eorzea. On one wall is a giant map of the world. On another is a (fake, but impressive) stained glass window. The bar has classical fantasy lanterns hanging from it. Weapons replicated from Final Fantasy XIV hang off the wall. In the background the Final Fantasy XIV soundtrack plays on. As a bit of physical fanservice it had me bounding more than a little in excitement. The only think that dampened the ambiance a little was a row of computers in the middle of the room. Their presence there was understandable however since you could log in to your Final Fantasy XIV account and down a couple of drinks while playing in this really cool setting.

Of course the main reason you’re in a restaurant is to eat and drink good food, and there were no disappointments here either. All the food was themed after Final Fantasy XIV characters and creatures, and it was all charming and quaint. The Chocobo-themed salad, which has a cut-out soy chocobo on the plate for presentation, right through to the Ifrit-themed spicy-hot pizza complete with “charred” base (It’s actually edible bamboo, and was delicious), right through to the desserts that included a Moogle ice cream on a pancake stack, and a wintery wonderland unbaked cheesecake and ice-blue jelly to represent Shiva, were all genuine good fun to eat. The drinks were themed too, with my personal favourite being the sangria that came out in bottles shaped like potions and elixirs.

Food service portions were all quite small, which is fairly typical for Japanese dining, especially when the goal is to get people who come as couples or in groups to share meals and order a lot of different dishes. The flavours were relatively simple and bold, so they wouldn’t challenge the palettes of the more picky eaters (which also make sense given this restaurant no doubt has its fair share of kids come through), but they are flavoured perfectly and the ingredients used are fresh and of a very high quality. That salad, especially, was something else. 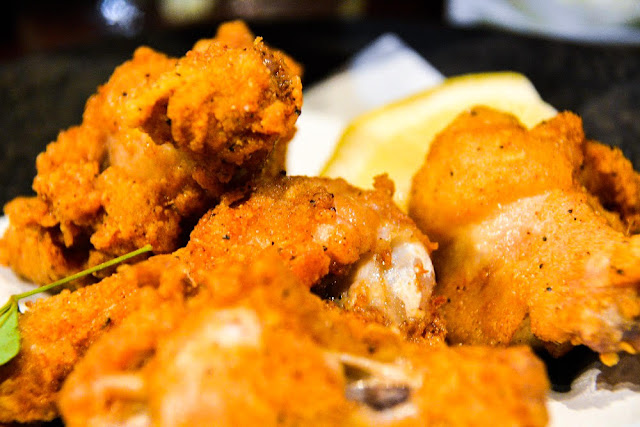 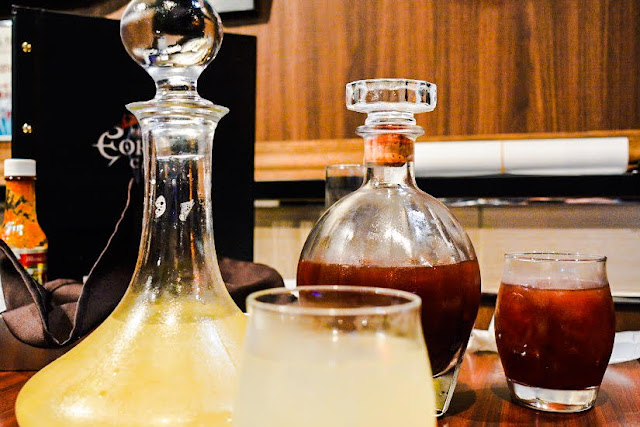 The service was, as typical for the Japanese, impeccable, and food was delivered to the table and plates cleaned away with speed and efficiency. Despite being kept uncrowded, there was a lot of movement and energy through the space as people were busy taking photos and/ or simply looking around, but I found that enhanced, rather than detracted, from the atmosphere. Tables felt a little small at first, but made sense once the smaller food portions came out.

The soundtrack was a little limited, almost like the restaurant only had a sampler disc to run off. Mind you, with Titan’s song being one of the tracks, there was an odd mix of the hard rocky theme and more classical Final Fantasy tracks which was odd for the atmosphere at first, but kinda worked. Downing some Ifrit-hot steak (the Ifrit-themed food was spicy and hot, which suited me just fine) while rocking out to Titan’s battle song is how I imagine Final Fantasy: The Food Adventure might work.

Time flew while I was in the restaurant too. Before I even felt like I was into the experience we were being told it was time for last orders. Not that we were ever rushed – a two hour block is ample time for lunch – I just was enjoying myself too much to want to go. Eventually with full bellies we did leave, but not without first collecting a points card that, should I go back two or three more times before leaving Japan (entirely possible, based on how much fun I had here), I’m in for some awesome exclusive rewards. All up, the lunch cost 88,000 yen ($88), which, added to the two booking tickets (for myself and my wife) made for only slightly over $100 for the lunch. That’s not a lunch bill you’d want to pull up every day, but, given it’s an experience lunch and we ate and drank a lot while we were there, we both came away from the day thinking we had enjoyed a real bargain. 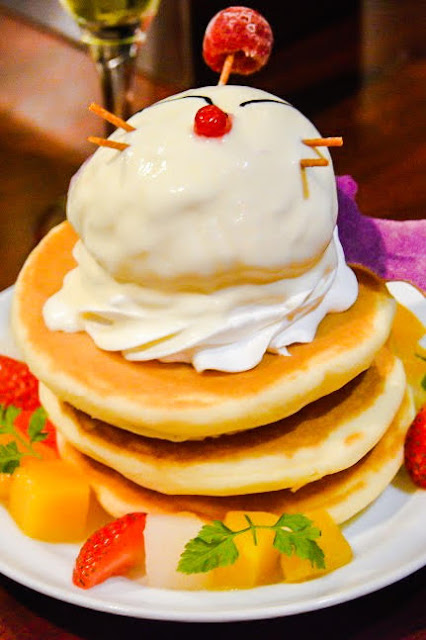 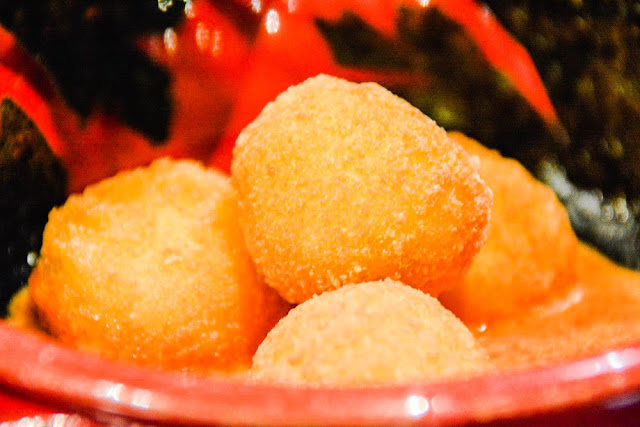 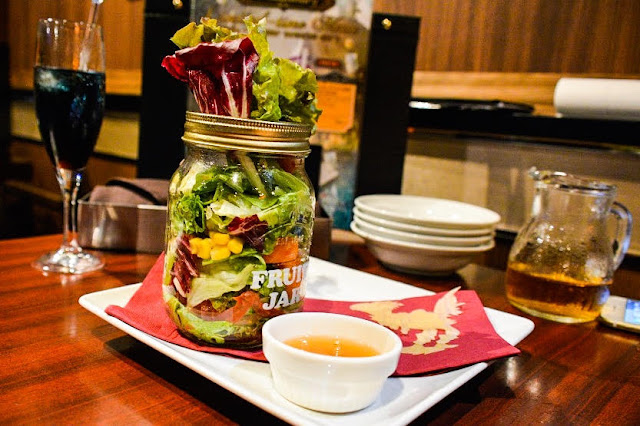 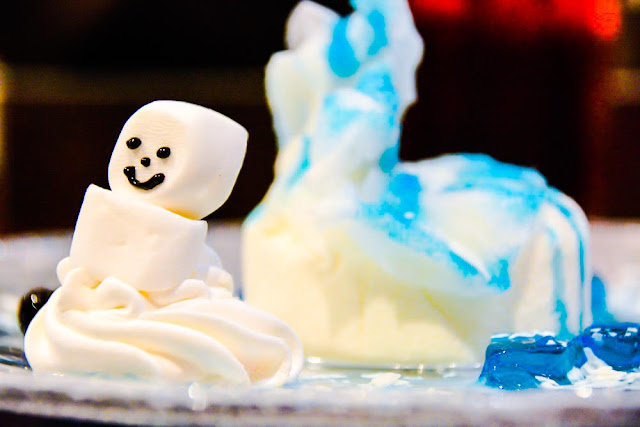 
The photos in this story were taken using a Nikon D7100