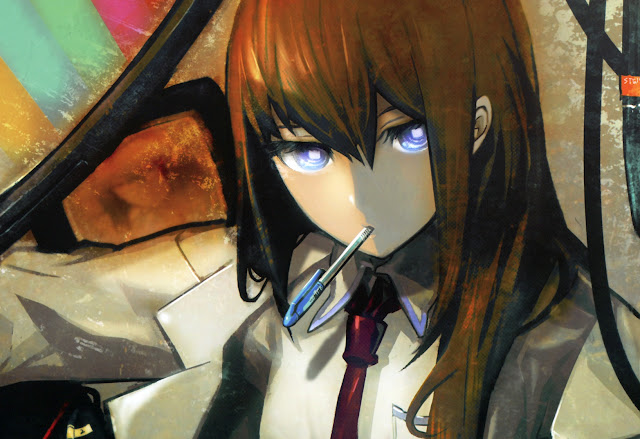 Much like walking simulators do not appeal to everyone, visual novels have their detractors as well. That being said, do not let this title’s relatively low level of interaction deter you from experiencing what is one of the best narratives out there. I do not just mean in video games, but compared with movies or books as well. Steins;Gate is simply an excellent story, regardless of media.

Related reading: Matt’s review of the PlayStation Vita version of the game will provide you an alternate look at the game.

I have actually had this debate: why do visual novels exist? I have had people argue with me that the genre should not exist. It is usually easy enough to explain why the format might be more desirable than a paperback book, because the audio and visual elements that can be introduced. The counter then is often that instead of a visual novel, why not simply make an anime instead? But while it’s not much, there is a level of interaction with a visual novel that helps to make the experience more personal, forcing you to invest in it, even if you’re just cycling through text by tapping on the “X” button. TV – including anime – is entirely too passive, and you tend to miss important details if you are doing anything else while watching.

Steins;Gate is not as interactive as many visual novels. There are a fair number of games is the genre that are somewhat shorter in length, but allow player choice to better direct the flow of the story, which in turn creates replay value. Steins;Gate however, has a tighter story and though it has multiple endings, it has a more defined process of getting there that it wants you to follow. But you do have control over the pace of the narrative, which might seem like a superficial thing to read, but there is a lot to take in at times through the narrative, so having control over how fast you can read through it helps to focus your attention in on what is really going on. 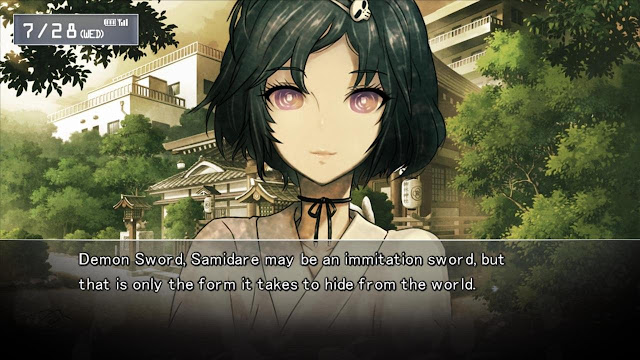 Our story begins with a young man named Okabe Rintaro. Okabe is an interesting character because he is incredibly flawed, but in generally charming and forgivable ways. He calls himself a ‘mad scientist’ and has a habit of talking into his cell phone about grand conspiracies that he’s wrapped up into. He considers himself a genius and has a serious God delusion to boot. Despite the delusions, Steins;Gate’s narrative also gives you the impression right out of the gates that Okabe is part of something bigger, something sinister and it sets the stage for big events right away.

The excellent writing shows itself through quickly as you realise that Okabe is simply a young man suffering from an inflated ego and an overly active imagination. His attendance at a sparsely attended talk about time travel quickly goes from intrigue to laughs as it becomes apparent that he is in way over his head on these scientific discussions, and that he is no secret agent. Another character brings this to light by snatching away the cell phone Okabe has been talking on, only to realise that it was not even turned on. You could be forgiven for thinking Okabe was a bit nuts.

So events turn from serious intrigue to whimsical in fairly quick fashion. However, even that backdrop winds up giving away to a much darker event as Okabe happens upon a grizzly scene. And then things go really weird when that scene seems to disappear from the memories of all mankind. Comments and scenes throughout the story that often seem to be of negligible importance rear their head later. Steins;Gate forces you to pay attention and take everything in, because its story wastes very little throughout its telling. 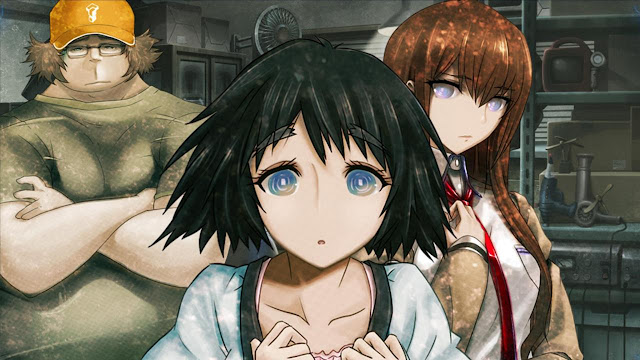 Okabe serves as a spectacular gateway into this world, because he is a relatively average if goofy guy with a couple of very close friends. You do not physically see Okabe very often, as you are playing him and you see the world through his eyes. However, throughout the events of Steins;Gate you are often left to wonder how much of what you are seeing and being told is real, and how much is accurate. There have been a handful of games lately such as Tales from the Borderlands and King’s Quest: A Knight to Remember that rely on the unreliable narrator, and this theme comes through powerfully in Steins;Gate as well. Think about it – the first half an hour of the game sets Okabe up as a flaky, unreliable individual, and we are seeing the story through his eyes. How can we really trust anything that’s going on, especially the further out there the story itself becomes as it deals with matters of time travel and the effects that such technology could have on the world.

The characters really help Steins;Gate to stand out, because they are at a glance your usual misfit cast of characters. However they, like the story, continually surprise. They are equal parts goofy, serious, charming and just like Okabe, flawed in their own ways. It makes them more relatable, despite the fantastic scenario they all find themselves in, and certainly easier to invest in emotionally as a result. You care about them, just like the best characters from any book or movie.

I generally prefer an English spoken dialogue, because it is what I know and it makes characters easier for me to relate to in games like this. However, the Japanese-only language did not bother me in Steins;Gate. I suspect the reason why is twofold. First, the voice actors manage to portray a great deal of emotion in their scenes. I might not recognise the spoken words, but the urgency, concern or fear the characters feel comes through in their tone. Additionally, the written localisation is excellent. It has to be for a game like this where text is so important, but it is still worth noting that it has been handled excellently. 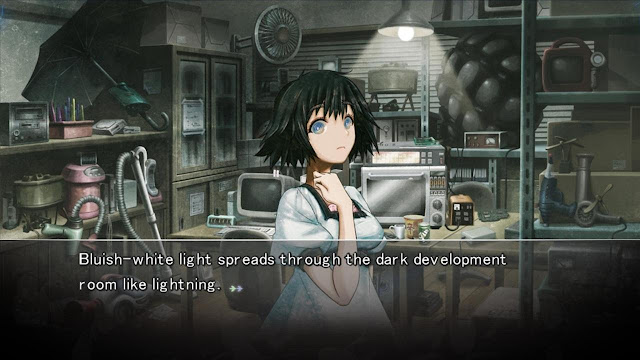 While Steins;Gate has writing that would serve it well as a paperback, the visual novel format is not wasted here. The art style is quite unique, and at first it surprised me because it is different than what I usually see in games like this. The use of colour is less vibrant, features more detailed and angular than the often rounded, brightly coloured anime style seen in most visual novels. Music and sound effects are subtle, but nestled expertly into the scenes to help create a much richer experience. Additionally, Steins;Gate is not a short game. It takes a fair chunk of time to see the game through to its conclusion, but it is time well spent.

Probably the strongest vote of confidence I can give Steins;Gate is that while it does not have a branching storyline riddled with player choices, it certainly has high replay value. It absolutely deserves to be experienced more than once, because you come to appreciate the point I touched on earlier: how little goes to waste throughout the story. There are things you will notice on a second reading that went barely acknowledged during the initial reading, which is a testament to the clever writing.

Related reading: “Walking simulators,” such as Everybody’s Gone to the Rapture, are an alternative way to present narrative experiences in game form.

Steins;Gate has a deep and interesting story to tell and does so through characters worth investing in. The writing is excellent, the presentation folds seamlessly into the rest of the package and the game itself will stick with you long after you have reached its conclusion. It remains, years after its original release, one of the best visual novels available on any platform.