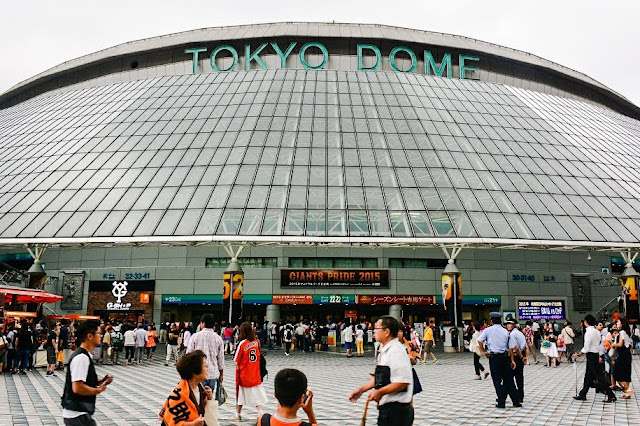 I’ve been to Japan quite a few times now, and one thing that I’ve wanted to do each time, but never quite got around to, was go to a baseball match. Everyone knows the Japanese love their baseball, and I was interested to see how such a conservative and polite people would let their hair down at a sporting event.

So when the Tokyo Giants and Hanshin Tigers were playing at Tokyo Dome this year, I just had to take the opportunity to go watch. These two teams are, by far, the most fierce rivals in the Japanese baseball league, as they represent the intense rivalry between Tokyo and Osaka, Japan’s two most important cities. To use Australia as a point of reference, this is effectively the State of Origin in the Rugby League. Matches between the Giants and Tigers are typically complete sell outs, and at Tokyo Dome, a massive, fully enclosed baseball field specifically built to be the Giants’ home ground, that means 55,000 passionate, lively fans chanting from start through to finish. 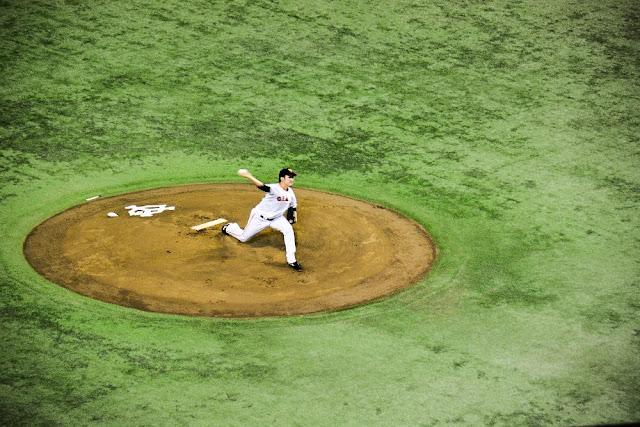 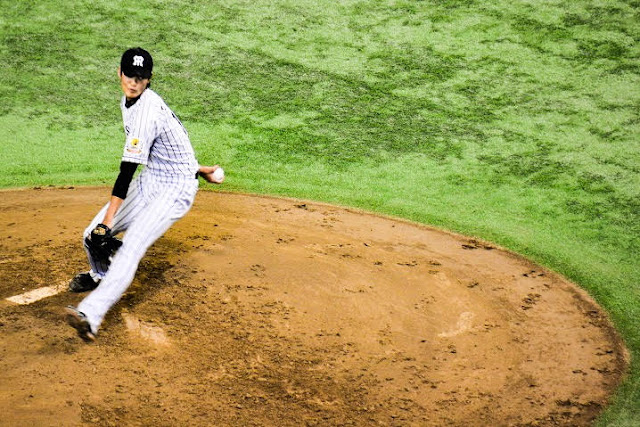 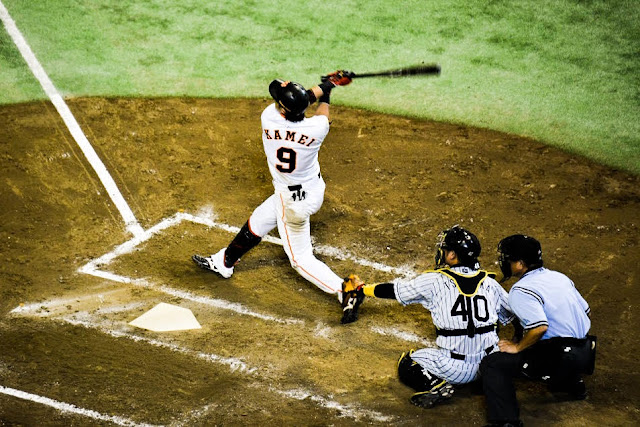 And boy was I in for a hell of a match. The Giants scored a single run in the second innings, and the Tigers responded with a stunning fifth innings home run (a solo effort for a single run). And that was it in terms of points until the bottom of the ninth innings, where the Giants, on the last out no less, managed to scrape a runner home to take the match 2-1. It was the closest, most intense and exciting match that is possible in a game of baseball, and the fans responded in kind.

As each side took to bat, half the crowd rose up to chant for their team. Each player had their own little chant, and it was pretty amazing to see how coordinated the fans were across the entire arena. People do say that the Japanese like order, even when having fun, and that certainly applies to their behaviour at the baseball. Equally impressively, there was no bad behaviour as far as I could see across the whole field through the entire match. There was no booing of players, even unpopular ones on the opposing team (Australians, please take note next time Adam Goodes takes the field in an AFL match). There was no throwing of things, and I didn’t even spot rubbish being left around, even as in Australian events the seating area morphs to resemble a dump more and more as the match wears on. The end effect was a well behaved, but also loud and entertaining crowd. The atmosphere was thick, emotional, and massively enjoyable, and the baseball itself was fun too. 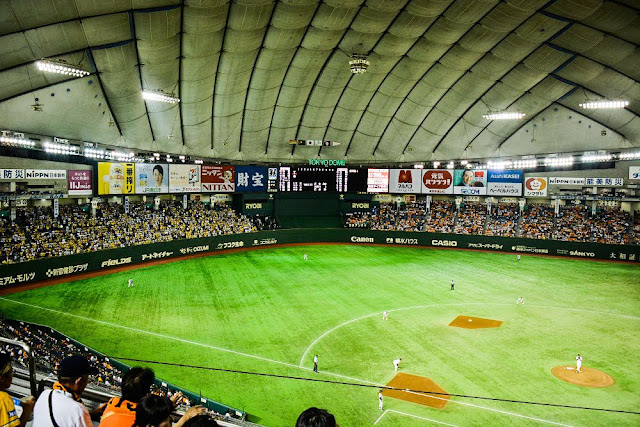 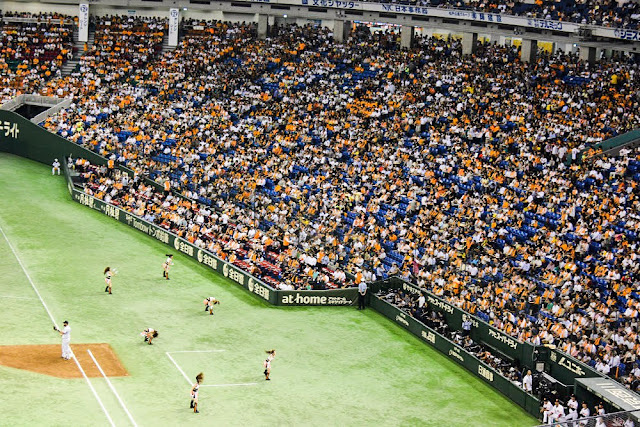 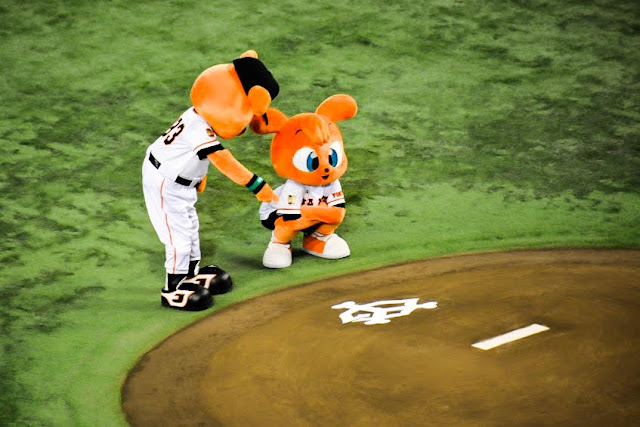 Having never been to a baseball match in the US, I don’t know how the standard of play between the professional leagues compares, but I assume that it’s somewhere behind the quality that the MLB attracts, and ahead of the professional leagues in other nations. I have seen matches in Australia, for example, and the players are definitely a cut above here, and there seemed to be a couple of international players that have made their way into the league as well, which is often the sign of a high quality and well-funded one.

Now, as an Australian, baseball is somewhat of a niche, foreign sport. A bit like cricket is in the US, or Japan itself, I guess. I understand the rules and flow of the game, but the pacing is odd for a guy that has grown up watching players throw balls at other players in matches that last days, not hours. On top of that, my understanding of the strategy behind the game is more limited than what a regular fan would know, so there was some stuff going on on field that seemed to me to be odd strategic choices, but I assume would make sense to a baseball regular. So some of the nuance of the game was likely lost on me, but the raw ability that is required to hit a ball hurled at you at 150km/hour with a tiny, thin stick, is impressive, regardless of how much you know about the sport. 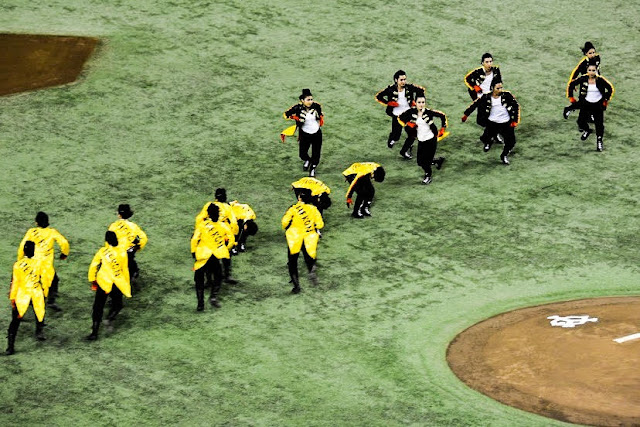 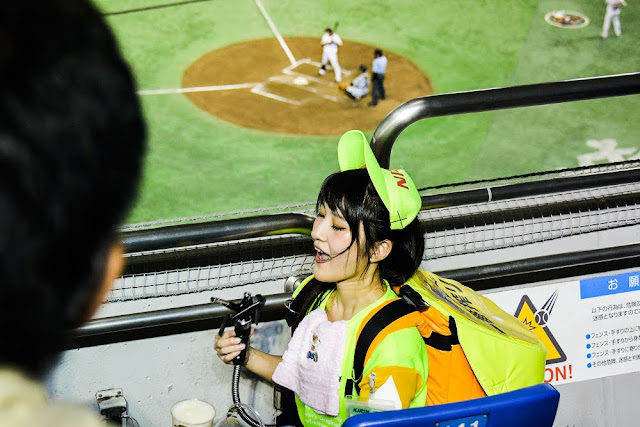 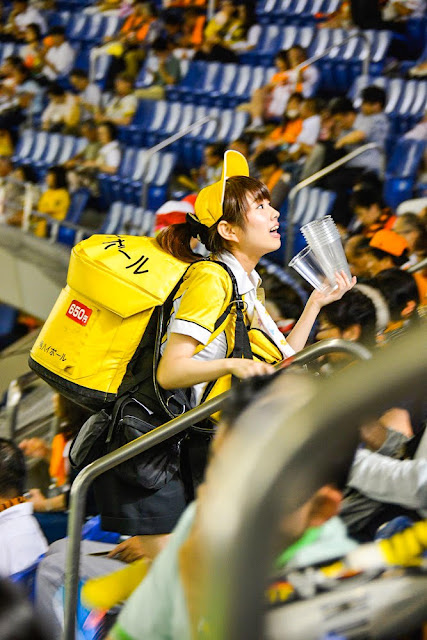 And there were other distractions I would be remiss not to mention here. Japan’s famous beer girls were running up and down the stairs all night offering everything from beer to whisky, sake, plum wine and non-alcoholic drinks. And anyone who is familiar with Japanese hospitality would be able to guess the kind of positive spirit that these beer girls added to the event. I bought more than a few myself. And as an aside, the food was so much more varied and interesting than what we get at sporting events here in Australia, too. More than those messy, cheap pies and nasty chips, that’s for sure.

Intermissions between innings were short, but entertaining, and the end result was a match that was over in a comfortable three hours. Three hours was long enough to feel the narrative of the game rise and fall, and for the emotion of the crowd to remain at fever pitch throughout, but not too long as to start to drag and for the atmosphere to start to mute itself as fans tired out. With that I highly recommend tourists that come to Japan take the time to indulge in the a baseball match, as the de facto national sport of the country.