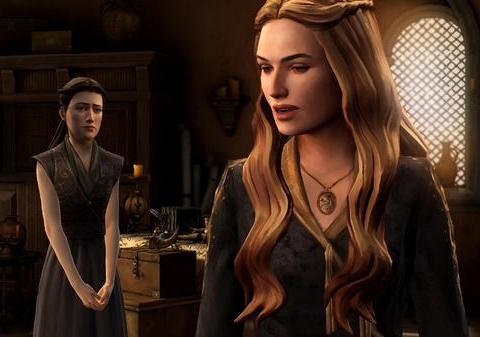 In most of the television seasons for Game of Thrones, the penultimate episode is the most exciting. I was curious to see how that would play out in the video game format, because in my experience, most of the Telltale Games stumble in the second to last chapter. So which one was it? Game of Thrones: Episode Five – A Nest of Vipers falls somewhere in between as it sets the stage for the last episode.

Related reading: You can check out Nick’s review of the previous episode here.

First, to give credit where credit is due, this episode generally moved the narrative forward quite nicely. While I enjoyed the last episode, I came away feeling like I had been treading water in the deep end of the pool. It was a fun exercise, but I did not come away from the chapter feeling as though I had accomplished a whole heck of a lot. A Nest of Vipers saw several stories leap forward, with the exception of Gared’s tale north of the wall. There was some interesting character development there and some solid action scenes, but they really never went anywhere from the camp until the very end.

The rest of the characters had a great deal more to do, perhaps none more so than the exiled son of House Forrester, Asher. His story got off to a rocky start, but quickly took a turn for the interesting as he finally found a way to try and put together an army that might be able to assist his family in their battle against the Whitehills. Not only did his particular story advance significantly, but he was involved in a seriously entertaining action sequence as well. 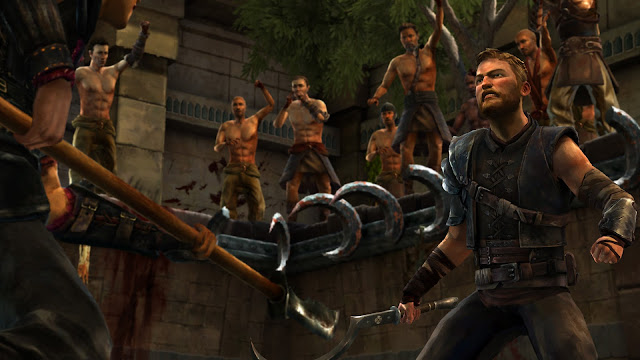 After five episodes of posturing and bickering between the houses of Forrester and Whitehill, it feels as though those two families will put their quarrel to bed with the next episode. The stage was set by none other than Ramsay Snow, who made a memorable appearance right at the end of the last episode, and we pick up with his unexpected and largely unwanted presence here as well. He is a despicable character in both the books and the television show, and he has been no more likable in this video game series. He is a character that is easy to loathe.

The most interesting villains often have shades of logic or method to their madness – something that we can relate to. If they can generate a morsel of sympathy or understanding from those of us viewing or reading their actions, it can make them relatable and memorable. Ramsay really has none of those qualities – he is just a twisted soul who is easy to hate and is among the simpler, more one dimensional characters created by the author. As such, he helps to move the plot along effectively, yet I find Ramsay a boring foil the majority of the time.

An element of political intrigue from within House Forrester finally gets sorted out. It was revealed in a prior episode that there was a traitor in their midst. Now the traitor is revealed – and their place in the story is clearly impacted by prior choices made in the game. While this character’s motivations were wishy-washy, it was nice to see my choices amounting to something a bit more tangible in a series that has been rightfully criticised for moving independent of player actions in the past. While I love the Telltale Games, the choices players make are cosmetic more often than not, and the story almost always winds up hitting the same notes regardless of the choices a player makes. Here that is still true, but at least this plot point around the traitor was one that the players did shape. 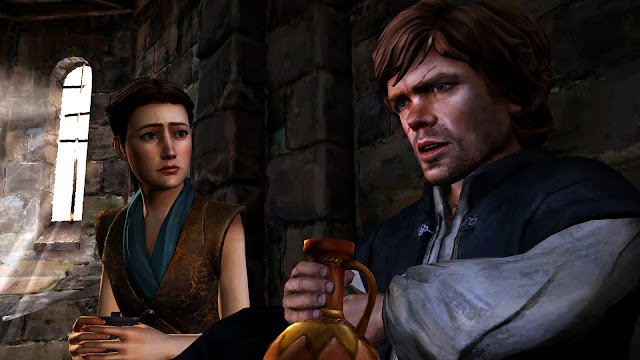 I did find myself running into one more slight problem with this episode, and it was of a slightly more meta variety. It is great when established characters from the show and books appear in the games. The voice actors lend their talents to the scenes and the characters are visually crafted to resemble the actors who play their parts in the television show. However, my interactions with both Ramsay and Tyrion were shaped by my knowledge of the overarching storyline. Until now these major characters were important, but none of my decisions could truly impact them. In theory, my character had the choice to lash out and try to kill Ramsay or not – but I knew that I was not going to be allowed to kill him, so why risk his wrath by being defiant? That is probably more my issue than a true fault of the story being told here, but existing knowledge of the source material does get in the way of my natural inclinations in this episode in ways it had not in the previous chapters.

Game of Thrones: Episode Five – A Nest of Vipers got off to an excellent start and ended on a similarly spectacular note. Decisions had to be made, and while some were relatively easy, others had clear and dire consequences. That being said, I do have one small nagging concern at the back of my mind. These episodes have played out in roughly two hour chunks so far. It feels as though there are still numerous loose strings to be tied up. I cannot help but feel that although this next episode is meant to be the last, that we are also going to leave some questions unanswered as a setup for another season.

Related reading: Another episodic series that is absolutely essential, Life Is Strange, sees its fourth episode land this week. Check out our writeup here.

That might not prove to be the case, but I don’t believe there is any chance of reaching a fully satisfactory closure in one more episode running two more hours, give or take. Regardless of that, the stage is set for a spectacular final episode that promises enough political intrigue and bloodshed to keep fans of the books and show satisfied.