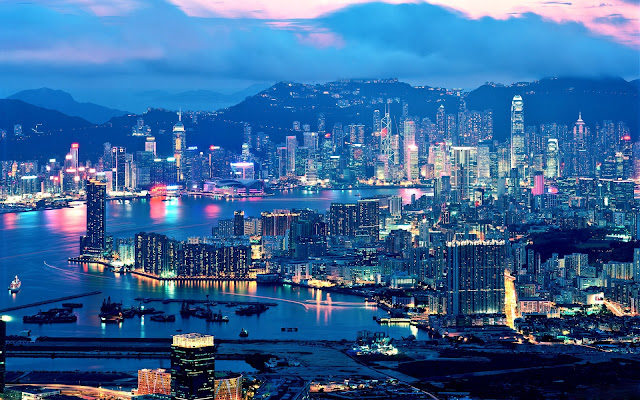 China has eliminated all restrictions on the import and sale of gaming consoles (e.g. PlayStation 4, Xbox One and Nintendo Wii U). We knew that this change in law was finally coming, as the country was trialing a pilot reform program for the past year or so that has been proving successful, but the formal lifting of the ban sets the country up to be a major opportunity; not just for Sony, Microsoft, and Nintendo, but all game developers across the rest of the world. After all, these devices are piracy-resistant, and going to be marketed to over a billion people. People who had previously indulged a great deal of their gaming through piracy on their PCs.

But sadly, it looks like Australia is set to miss out on much of that opportunity. Thanks to our government.

China has the world’s largest population, and is, as of December 2014, the world’s largest economy to boot. While the income per capita for individual Chinese people is far lower than what those in western nations earn, such as those in America, Australia and the United Kingdom, as an emerging economy China is still growing, and will continue to do so for some time. As it does, the Chinese will develop a greater appetite for luxury goods like videogame consoles.

With that will come a demand for games. It’s likely that the Chinese, which is culturally more similar to Japan than America, will find the produce of the Japanese games industry more to their tastes than the output of American studios, and indeed the Japanese seem to have identified this as an opportunity. From what I’ve observed, the Japanese are actively investing in trying to spread their influence throughout Asia – last year at Tokyo Game Show (TGS) there was an entire section of the floor dedicated to giving space to developers from emerging Asia (Myanmar through Philippines, Indonesia and Malaysia) and in turn provide them the opportunity to make contacts and business connections and partnerships. Japan is establishing itself as the hub in Asia for all regional game development industries, and through that, the doorway into the Chinese market.

That should mean that there are also opportunities for Australian, developers, given the close history of trade between Australia and both Japan and China, and the significant history of cultural exchange between the people. Unfortunately that is unlikely to be the case, because despite the appealing idea of having a billion new people to target, the reality is that most Australian developers will have a limited capacity to invest in China. The problem for the local industry is simple: a complete lack of resources. As I’ve noted on numerous occasions before, the Australian government will not invest a cent in game development in this country. Games are the only art form that cannot receive funding, in fact, and the prime minister, Tony Abbott, openly derided the idea that children should learn to code. Because, according to him, coding is a meaningless “game.”

As a consequence of this it becomes remarkably difficult to set up a game developer, invest in producing a game, and then work through the process of localising that game into additional languages. It’s not easy to localise into Chinese. The language uses a different script entirely, which often means that text boxes, menus, and other such art assets need to be redesigned in order to fit the physically different lengths of sentences and words. New voice actors need to be hired. The PR strategy to find success in China needs to be entirely different (and preferably run by local Chinese PR experts). None of this can be achieved without significant investment.

That’s not to suggest that no Australian developers will try to break in to the Chinese market. The same day that it was announced that console restrictions in China have been lifted, local developer, Nnooo, announced that its upcoming console title, Blast ‘Em Bunnies, would be localised into Chinese.

“China is a relatively new market for PlayStation and we’re excited to be bringing Blast ‘Em Bunnies to the PlayStation 4 and PlayStation Vita there,” said Bruce Thomson, Business & Marketing Director at Nnooo, in a release. “It’s also new territory for us and we’re partnering with Shanghai-based publisher Circle Entertainment who know the market well.”

But Nnooo is a veteran studio that, while independent, has been able to spend years developing a body of IP and industry contacts to make an expansion into China feasible. It’s also a company that has, in the past, benefited from government funding. It is a company in a privileged position that most Australian developers do not enjoy.

Nnooo’s announcement shows the real reason that today’s announcement could have been so significant for Australia in general, beyond even the insular games industry. It could be an opportunity to increase our cultural exports and, in turn, increase the cultural understanding and interest in Australia within China, which would have boosted tourism dollars while benefiting the game developers selling the games.

It’s not explicitly about game development, but the approach that Israel takes to high-skill technology industries also represents the kind of opportunity that could be achieved through public investment into game development. “Imagine you had a machine where you put in a dollar and five dollars come out, sometimes ten,” Avi Hasson, Chief Scientist in Israel, and the man largely responsible for the country being lauded as the new Silicon Valley, said in an interview with Forbes recently.

Israel has clued into the idea that for every $1 million it invests in innovation, technology, and startup companies, it creates $2.28 million in economic activity as private investors also participate, more confident in investments that are backed with government money. And that’s before even taking into account the companies that are successful after that seed money and go on to be multi-million dollar corporations employing hundreds, if not thousands of people.

It’s the kind of thinking about investment that would surely have been relevant to Australia’s games industry, a market that is, like Silicon Valley in America or Israel’s tech industry, filled with small, creative businesses and startups, and responsible for the creation of valuable IP and innovation. In Australia, the success of the Interactive Games Fund under the previous government, a modest $10 million investment which allowed many titles like Hand of Fate to be produced and become profitable within a weekend of being released, is further proof that, were Australia’s game developers to have some government support, they could have created a great many games that could have been subsequently shipped into China and put in front of a billion odd people.

But without government investment there will be fewer games created, and many developers will lack the cash to invest in regional localisations. It will be “safer” to continue releasing in English-speaking countries such as the US and UK, and so many developers will leave it at that. Meanwhile, nearby nations with environments more healthy to startup game developers, such as Singapore, Malaysia, Thailand and Japan itself, will be the ones with the opportunity to expose their games to the Chinese market.

At TGS last year, there was just one Australian developer that attended, and he was a tiny, independent one-man band stuck in the middle of an awful lot of tiny, independent developers. This year the list of countries attending TGS doesn’t seem to even include Australia, which means it’s entirely possible that not a single game developer is actually going to be at TGS this year.

Related reading: Why it’s a problem there are no AAA developers left in Australia.

With Japan angling to become the regional representative for the games industry, I think this is a poignant thing to consider, because I think that attendance at that show is also representative of the gateway into the opportunity that China presents in its emergent state. An opportunity that we are missing out on because of a lack of interest and understanding on the part of the government.