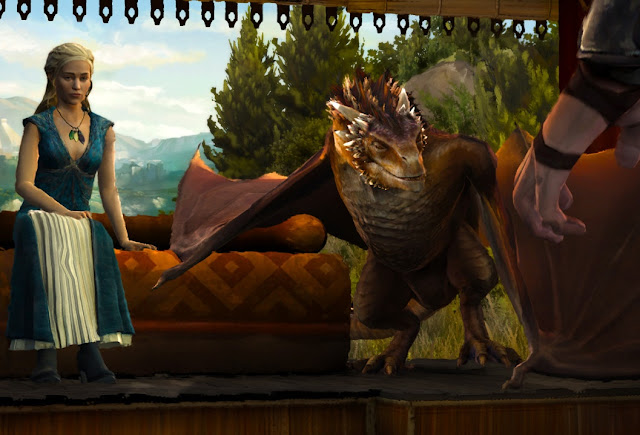 The first episode in Telltale Games’ Game of Thrones series had stood as my favourite – until now. While the first did an excellent job of setting the stage, the last couple of episodes in the series were well-written and voice acted, but progression seemed minimal. In many ways they represented the source material incredibly well, because those last two episodes served as a slow burn over fast action and drama. But Episode Four presented an excellent step towards the end of this narrative, combining plenty of action with some of Telltale Games’ infamous penchant for forcing people to make difficult choices.

I think what stood out to me the most in this episode was that the central characters- the members of House Forrester – finally looked like they had their legs back under them. With the series kicking off with the events of the infamous Red Wedding from the books and TV series, House Forrester starts the series out on the wrong side, and across the first three episodes was perpetually scrambling not to completely collapse. An unexpected death within the family (because those really are sort of the series calling card) early on reinforced the notion that this is a high stakes game for the floundering Forrester clan.

After several episodes where the characters I have grown to care for were forced to beg and plead for their lives, they each had a chance to shine in different ways as they finally found the opportunity to fight back through this chapter. It was a refreshing change of pace, to say the least. 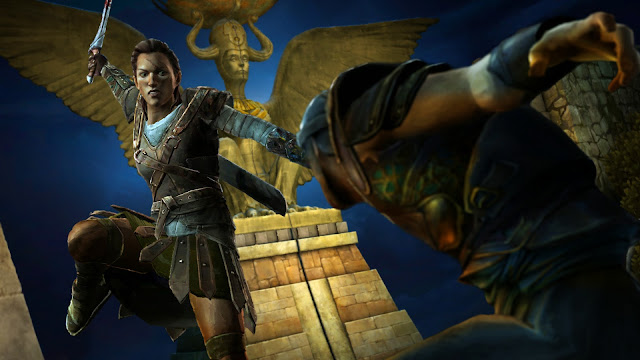 However, some of the trademark ‘you can’t win’ moments certainly presented themselves. The division between the primary characters and their roles is more pronounced than ever in this episode. Two of the family, Asher and Gared, have largely action-heavy scenarios where balancing duty to house against loyalty of friend become frequent themes. At the opposite end of the spectrum, Mira is entrenched in politics of the game in the country’s capital in King’s Landing. Her combat is of the more verbal variety, trying from her vantage point to learn what she can to help her family without losing her precarious foothold in a city where no one is quite what they seem. Rodrik’s part of the story is perhaps the most compelling though, and the one that we spend the most time on this chapter, and he has to navigate a delicate balancing act between those two extremes.

Rodrik is the lord of the Forrester house, and as a soldier who was badly wounded and is now slowly regaining his strength, he has to balance military minded conflicts against diplomatic ones. Through each character’s story, there will be plenty of instances where it feels as though no matter what choice you make, it can only end badly.

The episode ended in brilliant fashion, with the return of a character that quickly reminds the player that it has been a couple of episodes since any major deaths on the part of the Forrester clan. Despite finally finding their legs and the different stories showing some forward progress, this ending quickly reminds the player that things are far from over and it effectively took some of the wind out of my temporarily overconfident sails. This really was the perfect timing for the turn of events. In my gut I just knew something had to be coming at this point in the story – but I admit that this was not what I had figured. 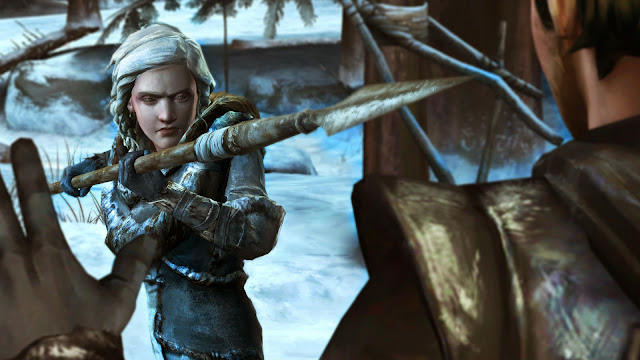 The team at Telltale Games has done a spectacular job of creating a compartmentalised story that runs parallel to the books and show that fans know so well. Main characters are laced in and out of the narrative beautifully, adding context and substance without ever taking anything away from the Forrester clan’s struggles.What is also impressive is that despite the hours already spent with these characters, some of the new ones created just for this game are still finding ways to surprise me. Small pieces of backstory are delicately peeled back here and there, revealing many of the characters to be quite different from their first given impressions.

Related Reading: You can also check the reviews for previous episodes here:

With just two episodes left, the stakes are higher than ever for House Forrester. There is plenty of political intrigue with the balancing of political and diplomatic might to consider. Still, if the books and show have taught us anything, there are precious few happy endings in this world, and I suspect the narrative of these next two episodes in this game will have its share of triumphs but also unexpected, darker surprises.

I’ve launched a Patreon – if you like my writing please consider backing me!