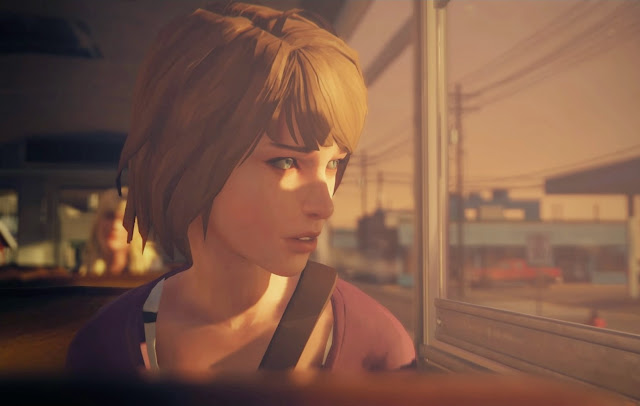 In what has quickly become my most anticipated update each month, Square Enix and Dontnod have unleashed the third episode of their arthouse narrative adventure, Life is Strange. As with my previous wrap, I won’t write a formal review, having already reviewed the first episode, until I can review the completed game at the end of the final episode. What I will do instead is jot down some of my thoughts about this episode, and where the game is going.

And, while this really shouldn’t need to be said, as a narrative heavy game it’s going to be impossible to talk about the third episode without some kinds of spoilers from what has gone before it. If you’re looking for a completely spoilers-free experience, please don’t read on, though I promise I’ll keep spoilers to an absolute minimum.

Related reading: You can also check out my coverage of the second episode, with many of the themes in that carrying over here.

So in this third episode not a whole lot of new stuff happens, until right at the end, which I won’t spoil. The characters and their relationships were established in previous chapters, and we’re not quite at the point where really startling revelations can hit us hard, and so instead the narrative team at Dontnod take the time to do a lot of character exploration and development. 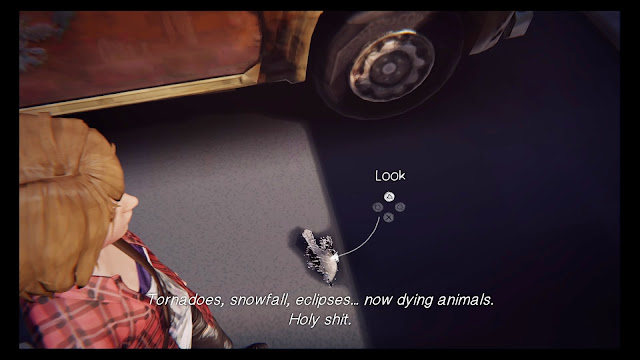 What is really interesting is that this chapter seems to be setting up a potential homosexual love interest for the leading lady, Max, while also developing what I had previously assumed would become her love interest, Warren, into the real creepy obsessive stalker type. This development could become a metaphor for growing pains in teenagers (after all, Life Is Strange is very much a coming of age story by way of the Stand By Me aesthetic), or it could be one of the best attempts to humanise a gay character that we’ve seen in a game to date.

I mean, at this stage it seems like it will be player choice that determines how Maxine will develop, and the idea that certain players might “accidentally” through her choices have her couple with a character of the same gender could be a powerful way in encouraging empathy towards gay people. At the same time I’m not sure I would agree with the idea of framing homosexuality as a series of choices. That’s a dangerous can of worms to be opening if it’s not handled well, and while I have faith in the folk at Dontnod (who haven’t gone wrong yet), it’s going to be something to watch carefully play out.

Of course, I could be reading what happens in this episode wrong, too. Life Is Strange has had an amazing ability to constantly throw my expectations out the window, and hit me with something I never could have seen coming. Case-in-point: in this episode I snuck into the groundskeeper’s storage shed at night. There was no reason to actually do so, from a gameplay point of view, but I was exploring, and this door was open. For some reason stashed in there was a girl’s scarf. Given that in this particular school one girl has already gone missing, and another one had… something happen to her for reasons we’re not entirely sure of yet, spotting this completely flipped my opinion on the groundskeeper; someone who had previously seemed like an eccentric but harmless old man. Just like discovering Warren doing something very naughty in episode 2, Life Is Strange keeps throwing little curveballs to remind players that all the characters, major and minor, have secrets, and we shouldn’t be too confident that we’ve solved the mysteries at play just yet. 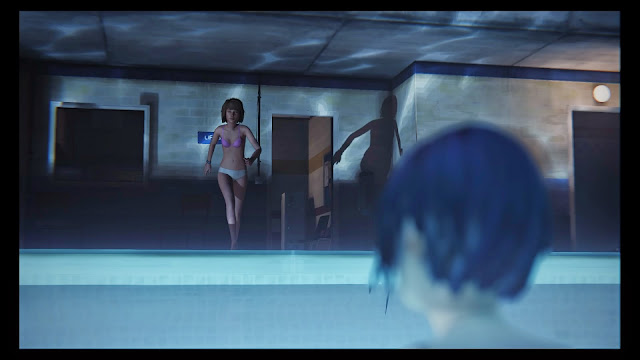 One a more positive character development, however, someone who was set up as a real bastard through the first couple of episodes, David, is shown to have a more sympathetic side this time around. Enough so that I felt compelled to help him out in a heated moment. I still have no idea if I’m making the right decisions as I play, but I find the idea of floundering through a series of no-win scenarios to be a remarkable parallel to the confusion and uncertainty of youth, so the gameplay continues to match the theme perfectly.

This episode is shorter in raw length than the other two, I believe, though I’ve sat through each one and played it in a single sitting anyway, and it’s hard to keep track of time when I’m this invested in what’s going on on screen. The writing and narrative remain top notch, and the cliffhanger that this one ends on is impeccable. At this stage I have a slight concern that some of the plot strands will not be closed off satisfactorily, as there’s a lot of balls in the air and we’re past the halfway point, but Life is Strange remains an utterly gripping piece of arthouse game development, and well on track to be a game of the year contender by the time it has concluded.

On the magic of rediscovering pinball