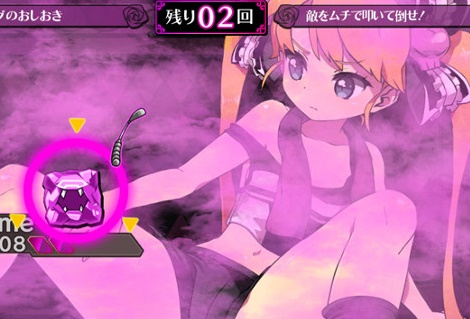 It’s a controversial game, to say the least, but Criminal Girls certainly had its fans. It’s not exactly often that sadomasochistic JRPGs are localised into English, after all. Let alone ones that at least try to do something original in the process.

And now the original has a sequel.

Criminal Girls 2 will release in Japan on November 26. The game is a direct sequel to the PSP original (and its Vita re-make). Details are thin at the moment, but as announced by Dengeki, it will be much the same formula, where you’ll be playing the role of a supervisor of a group of criminal girls, and as they explore dungeons you’ll need to cow them into submission by, well, spanking them, spraying them with water, tickling them, and otherwise humiliating them. Doing so is how they learn better skills and become better in combat.

You can check out our review of the original game here. While I wouldn’t necessarily expect to see this game get an English release, I do hope to be surprised, because I think the original Criminal Girls had more merit than people gave it credit for, and I would hope that those ideas could be explored in greater depth in a sequel.