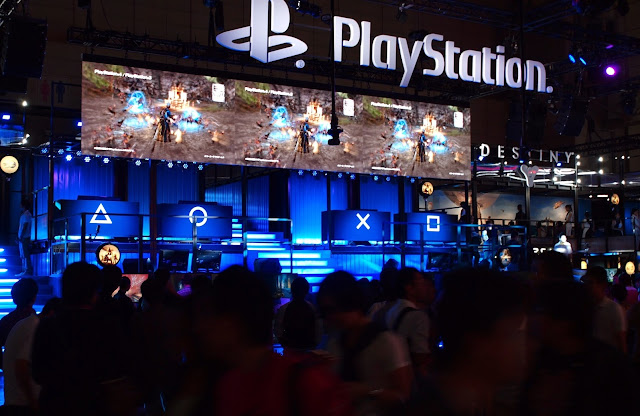 Back at E3, the Japanese developers and publishers had such a good show that I suspected that Tokyo Game Show would be something special this year. It looks like that guess was accurate, because the early number of exhibitors and booths are in, and TGS 2015 is shaping up to be the biggest one on record.
Already 293 companies and organisations are registered as exhibitors this year, which well above last year’s 224. In keeping with the current focus of the local industry in Japan, the smartphone games, social games and business development sections are seeing the bulk of these additional exhibitors.
Additionally, there are 1,904 booths currently registered, which is significantly more than last year’s record 1,715. Such is the scale of the additional booths that TGS this year is occupying more halls than ever before.
One of the things that most impressed me about TGS last year was how eager the show was to encourage emerging game developer nations – not just in Japan, but globally. This looks like it’s going to be a theme this year as well, with developers from at least 20 nations taking up exhibitor space, from China to Spain, Singapore and Thailand to the United Arab Emirates.
I found last year’s show to be huge, entertaining and enlightening, and the idea of an even bigger and better show this year has me very excited indeed. And it’s good to see that the supposedly “irrelevant” TGS has close to 300 proofs that it is anything but.
– Matt S.
Editor-in-Chief
Find me on Twitter: @digitallydownld
Share this

Criminal Girls 2 is a thing, but will it be released out west?