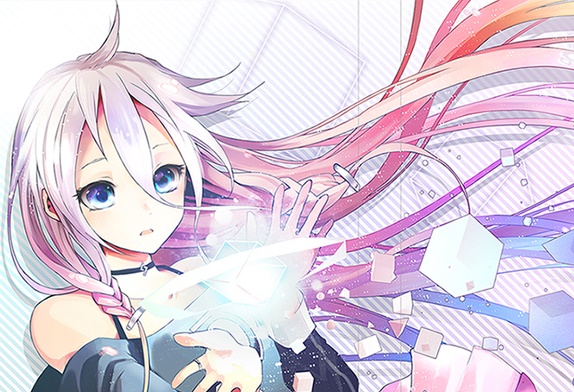 A new vocaloid game has been released in Japan. And the way that IA/VT Colorful is being promoted by its publisher (Marvelous) makes it clear that it has its sights set on the green-haired queen of digital music herself (Hatsune Miku, I mean, but you already knew that).

As the description of IA/VT starts:

Another contender enters the fray for top virtual diva – IA is a Vocaloid starring in her new rhythm game for the Vita! Developed by Kenichiro Takaki who was previously the producer of the infamous Senran Kagura, IA has a definite edge on the competition! 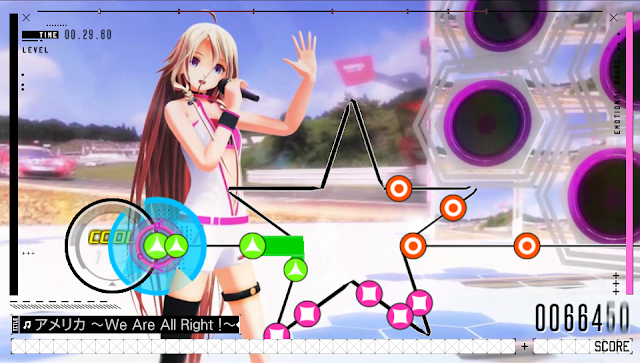 This is actually pretty smart. Name drop someone responsible for some of the most infamous digital girls of all time is surely a good way to get the attention of anyone who is a fan of the Hatsune Miku games.

As with most console handheld rhythm games, players will be moving the analog sticks and pressing buttons in time with the tempo of musical notes. What makes IA/VT different is the dynamic feedback based on a player’s performance – colors and more will change accordingly in the most fantastic of ways!

No idea what this actually means, but frankly with rhythm games I’m not looking for innovation anyway. I want a good music tracklist, some nice video clips in the background, and a fair system that is challenging without being frustrating. IA/VT is certainly appealing from that perspective. 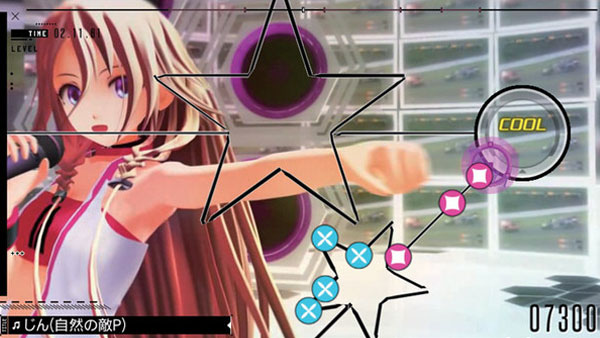 Track wise, there are 60 different songs with some tracks featuring new exclusive music video background footage of the artists performing their songs. There will also be different play modes, with challenge modes, consecutive play and free play.

The track list really does look impressive, and that promises a lot of gameplay.

IA/VT Color can be imported from Play-Asia, and because it’s for the PlayStation Vita, the physical edition is completely region free. I’m sure as heck importing it (because vocaloid music and rhythm games are awesome), but it’s going to take something really, really special to do what it claims to and take Miku’s crown, frankly.