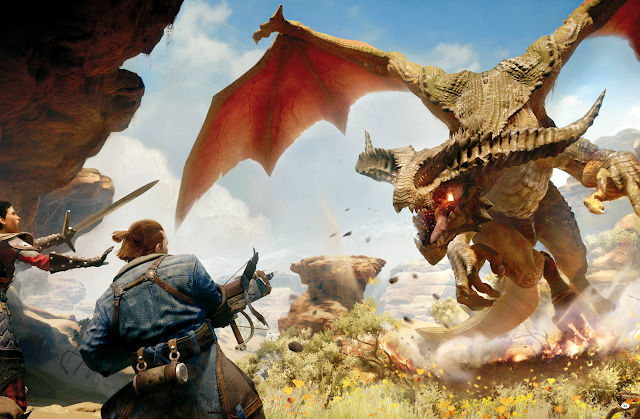 As most of you know, I’ve been working on a book for the last year and a bit. It’s been a major project, but now it’s at the printers and in just a few short months it will be in the stores (look out for it in late August/ early September, or preorder it now!)

Now that the book is basically done, however, I’ve got some samples to share with you. Over on my publisher’s website, there are a couple of pages from the book, that will give you an idea of the content that you’ll find within it; the art, text, and general layout.
And, if you’re keen to see even more, don’t forget to check out an interview that we unfortunately needed to pull from the book; an interview with the lead concept artist from Hellraid, which sadly looks like it might be in development hell (and meant we couldn’t include it in the book in its current form). But it was a great interview, so I decided to publish it anyway out of respect for the developer.
I’ve also copied the press release that my publisher put out to explain the book further. But, of course, if you have any queries about anything to do with the book, please don’t hesitate to let me know, and I’ll answer them right away.
Happy gaming!
San Francisco, CA (June 11, 2015) — Video games capture the imagination like no other art form, but when the game ends, what’s the best way to keep those experiences alive? Just open a stunning art book.

In Game Art ($39.95, 272 pp., September 2015), the latest art book from No Starch Press, readers can relive their favorite adventures and discover new ones through breathtaking art from 40 video games by indie and blockbuster studios. With every turn of the page, readers will find themselves immersed in scenes like:

A brave little girl’s journey through frigid Alaskan icescapes in Never Alone An epic battle against a monstrous dragon in Dragon Age: Inquisition A noir-inspired universe where characters literally become shadows in Contrast Chocobos galloping through majestic valleys in Final Fantasy XIV: A Realm Reborn Author Matt Sainsbury traveled the globe to snag exclusive interviews with the creators of these games. Matt says, “We’re living in a true Golden Age of video games at the moment—there’s never been more experimentation and beauty in games than there is today. My goal with Game Art was to showcase these incredible works of art and what inspires developers to create these masterpieces.”

“Game Art is sure to live on coffee tables of video game lovers for years to come,” says No Starch Press founder Bill Pollock. “You have to check this out. Anyone who reads this book won’t be asking, ‘Are video games art?’ It’s obvious.”

Game Art will be available in bookstores everywhere this September.

Trailer: Wang is back in Shadow Warrior 2