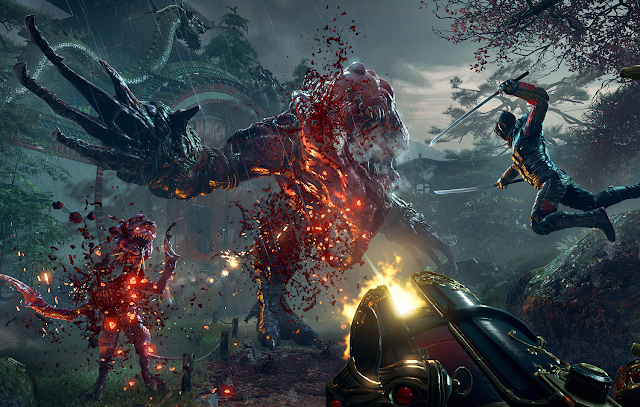 Normally I wouldn’t care about a game like Shadow Warrior. Flying Wild Hog had decided to remake a classic, albeit controversial FPS, and the resulting release was being positioned as a bit of lighthearted, inexpensive, nostalgic fun.

It’s not my kind of game, nor is it my kind of genre, but I gave it a go and enjoyed it a lot nonetheless because it was a truly stunning game, visually, and the action was passably entertaining, too. It must have been a commercial success, as Flying Wild Hog and publisher, Devolver Digital, have announced that a sequel is in the works.

Shadow Warrior 2 is going to be every bit as visually stunning as its predecessor and, perhaps most excitingly, it comes with multiplayer this time around. There’s a four-player co-op mode to delve into this time, which will certainly help extend the longevity of the game because let’s face it, Shadow Warrior is irreverent enough that it would be more fun in groups.

Otherwise, you can expect the same endless stream of “wang” jokes and extreme bloodletting that you got from the first game. There’s no firm release date yet (simply “2016”), but it’ll be interesting to see how this one develops nonetheless.

Interested in seeing some samples of my book? Well, now you can!