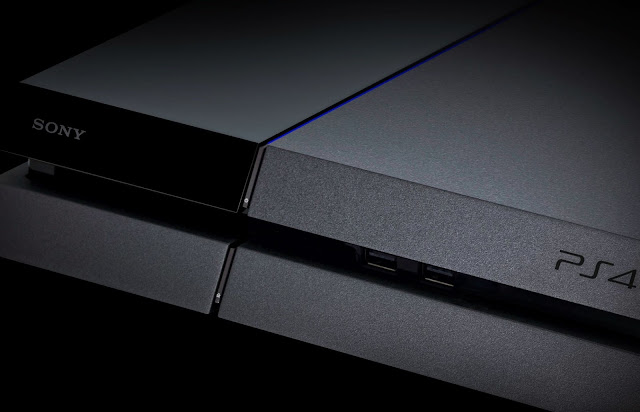 As we previously noted, the PlayStation 4 is off to a heck of a start. Just 18 months in, and it already offers a massive range of experiences, from the most niche of the Japanese games to the most mainstream blockbusters, and a whole lot of independent and arthouse brilliance in there besides.

So for this Friday Ten I thought I’d be a little bit lazy and simply cover of the best games that we’ve seen on the console to date. It is, of course, my pure subjective opinions on display here, and the console has such a range of games available on it that I’m sure everyone else has their own pet favourites. Please do let us know which PlayStation 4 games have hooked you in the most in the comments!

Without further ado, and in no particular order:

We don’t have a review for this game yet, because it’s a massive game and we wanted to make sure we were doing it justice. It will be published first thing next week (promise!), but in the meantime I wanted to confirm that, yes, The Witcher 3 really is the blockbuster to end all blockbusters on the PlayStation 4. It’s the kind of game that you sit down to start playing, and then struggle to go back to previous games. So for example, as utterly brilliant as Dragon Age: Inquisition is, it’s going to be hard to come back to after this game. 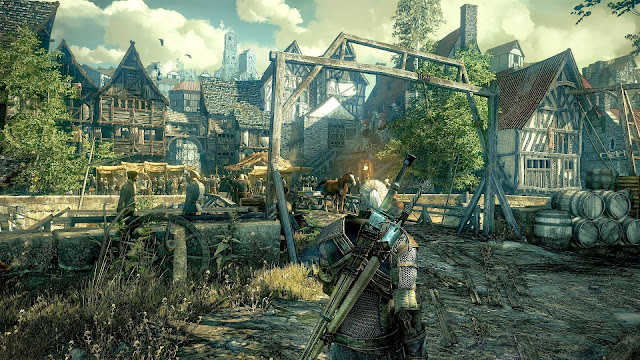 The other new kid on the block, Toren has struggled to get the attention it deserves, much less the critical reception that befits a truly remarkable piece of arthouse game design. Yes, Toren has technical issues, but those pale in comparison to the sheer, heartfelt majesty of its vision and narrative. You’ve never played a game that is a literal poem before. You’ve played games like Child of Light that borrow storytelling ideas from poems, but you’ve never played one that is actually structured right down to the way it plays in poetic structures. Toren is that game. 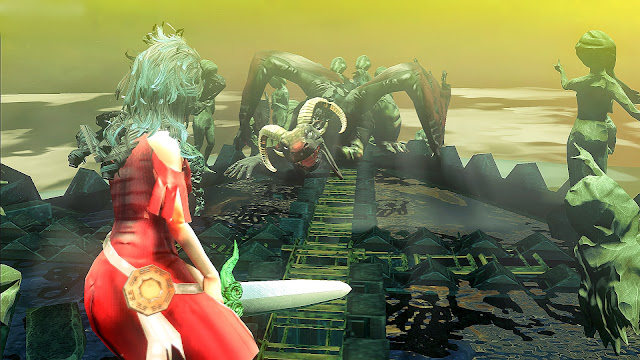 A console isn’t complete until the otaku ultra-niche JRPGs start appearing on it, and Omega Quintet is a great start for that particular genre. Not only does it have a fun, silly, and clever narrative, but Compile Heart’s newest IP also offers one of the finest examples of turn based combat in a game ever. As a bright and happy alternative to the many western RPGs that we’ve got on the PlayStation 4 (seriously – ArcaniA, Bound by Flame, The Witcher 3 and Dragon Age: Inquisition), Omega Quintet is the perfect foil. 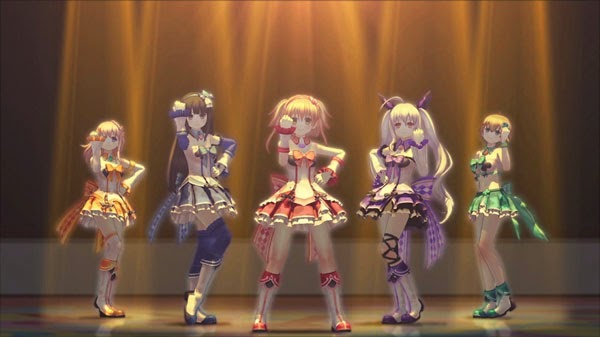 One of the very first Japanese games to land on the PlayStation 4, Natural Doctrine is also one of the finest. A strategy JRPG that is truly challenging, Natural Doctrine makes the likes of Dark Souls and Bloodborne look like child’s play; success in this game requires a lot of patience, strategic thought, and understanding of a very complex combat system. But it’s also a rewarding game, and has one of the best competitive multiplayer games on the PlayStation 4 for people who are more interesting in thinking than shooting. 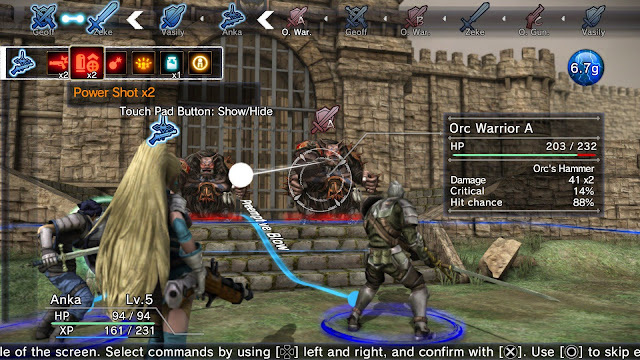 Australia’s own Hand of Fate is a truly original game, mixing the luck of tarot with the flow of a roguelike and the beat-em-up madness of games like Batman. It’s the kind of game that people who grew up with classic Fighting Fantasy gamebooks or Dungeons & Dragons will really love, and wrapped up with some really lovely production values, Hand of Fate is one of the better indie games that has been released on the console to date. 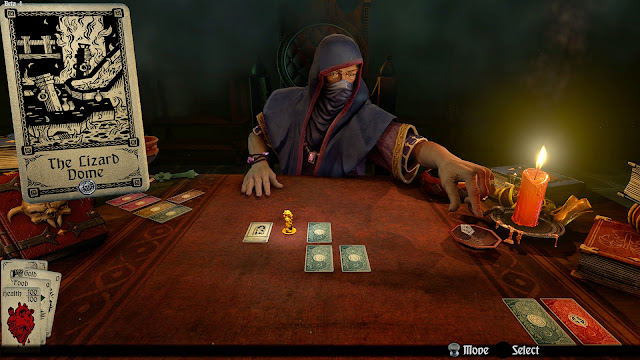 Koei Tecmo has not held back with the Warriors franchise, with the PlayStation 4 already enjoying no less than four games across the Dynasty Warriors, Samurai Warriors, and Warriors Orochi franchises. But for my mind Samurai Warriors 4 is the finest. It uses an engine that is clearly designed for the new generation of consoles first and foremost (where the others are using “HD” versions of the last generation’s engines), and the Sengoku period of Japanese history simply appeals to me more than what the other Warriors games focus on. But really, depending on your personal taste in history and characters, all the PS4 Warriors games are worthwhile. 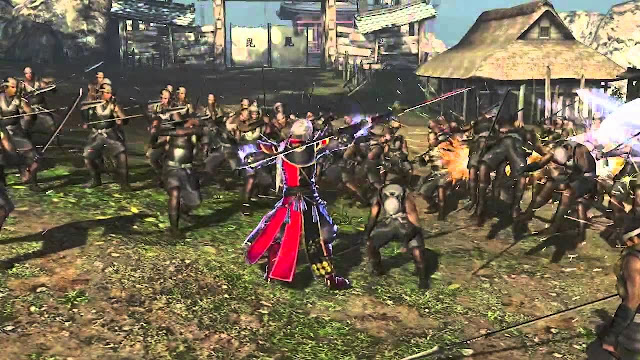 I love cricket. I really, really love cricket, but because the sport isn’t popular in Japan or America, it’s very rare to get a cricket game that commands the kind of budget it needs to create a truly compelling gameplay experience. But the Aussie studio responsible for Don Bradman Cricket have achieved miracles and crafted a game every bit as entertaining as the takes on football or baseball for the PlayStation 4. Of all the games on the PlayStation 4, this is the one I’ve played the most (not least because a single match can take five days of in-game time, and that translates to a full day’s play in real life). The spiritual sequel to the Souls games was always going to need to be something special for Sony, with the one criticism of the PlayStation 4 to date being that it doesn’t really have the first party exclusives of a quality that fans were perhaps expecting. That was, of course, until Bloodborne. Dark, gory, and so very difficult, Bloodborne’s more intense focus on action that the careful to-and-fro of the Souls games was an immediate hit with fans, and gave Sony the game of the year contender that it really needed. 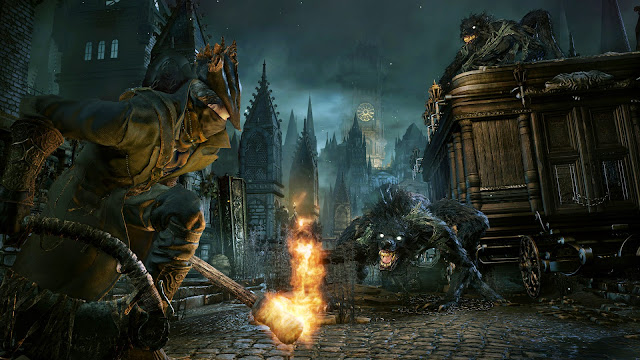 War games that focus on the human cost of war are far less common than war games that celebrate the death and destruction that war brings. Valiant Hearts: The Great War, is one of those rare games that do the former. A story-focused and deeply respectful way for Ubisoft for commemorate the 100 year anniversary of World War 1, Valiant Hearts filled me with confidence that games were maturing and we were starting to see experiences that moved beyond juvenile fantasies for boys into a greater understanding that games, just as films and literature, can offer more meaningful, artistic, messaging. 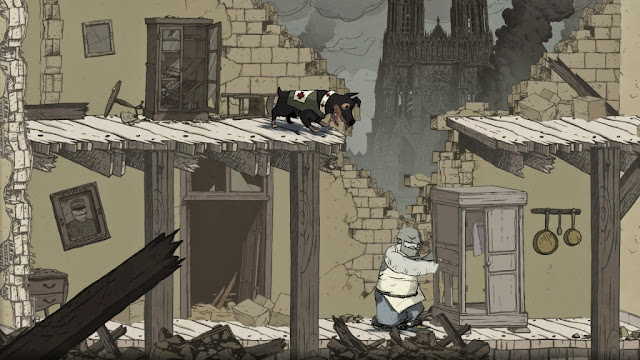 As much as I love Sim City on the Super Nintendo, I never did think that we were going to see another simulation game of such quality on consoles. The PlayStation 4 port of Tropico 5 proved me very wrong there, offering a really entertaining and humorous “insane dictator” simulation, backed up with an intricate and balanced city builder structure. Most importantly of all though, it plays gloriously. 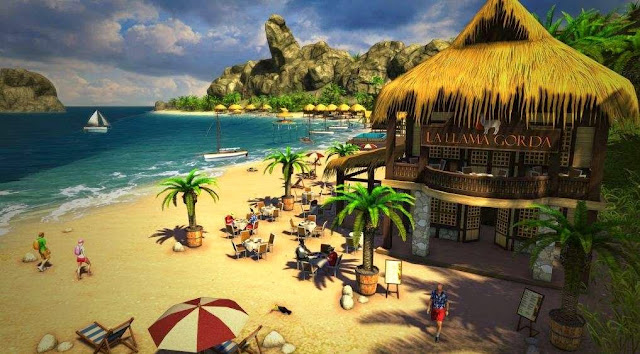 And that’s my list for this week! A tough one indeed as there were plenty of other games I could easily stick on it. Let us know your favourites in the comments!

The Sunday screenshot gallery; May 24