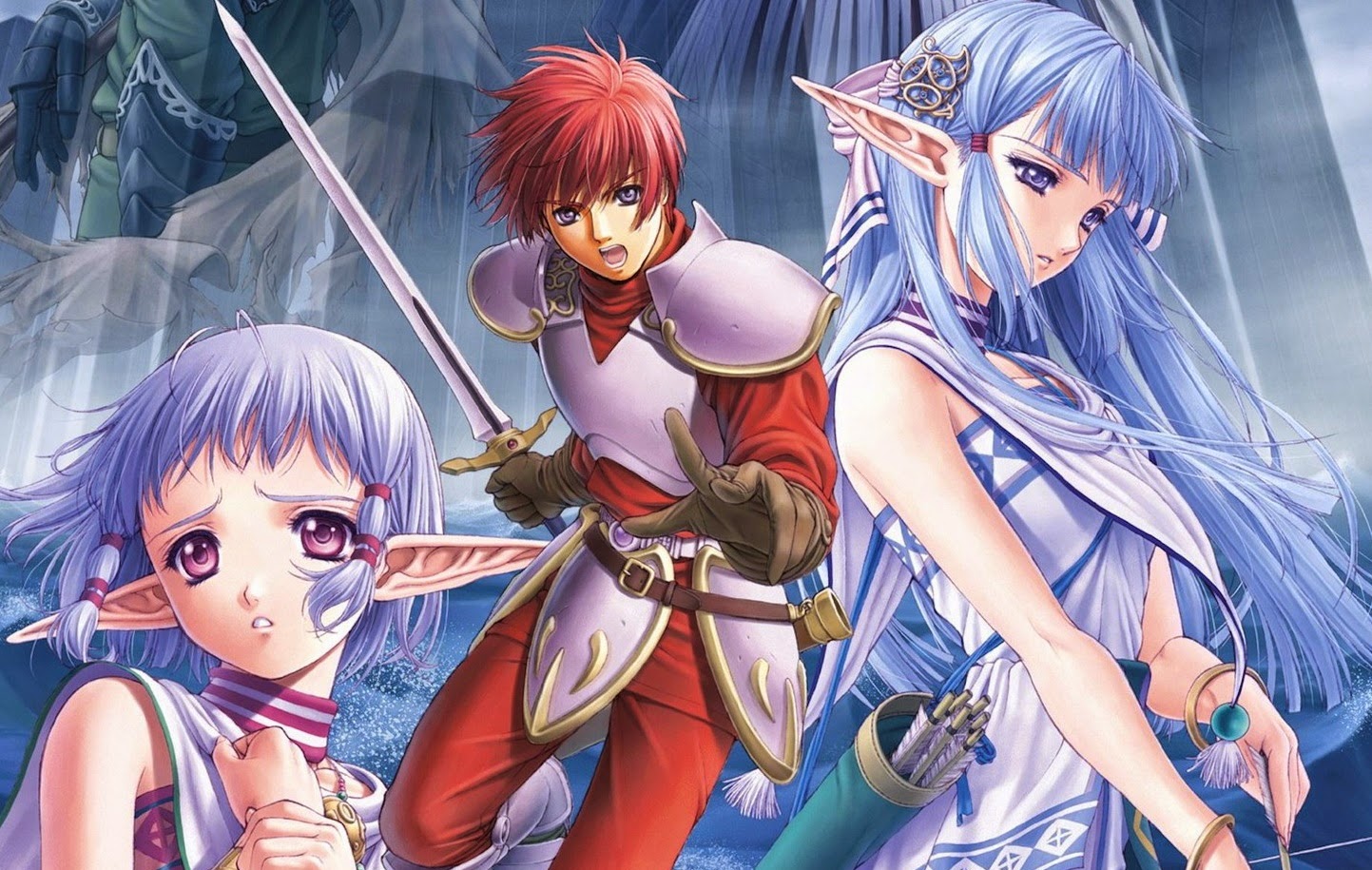 I will be honest in that I was not quite sure as to how I would respond to Ys VI: The Ark of Napishtim. On one hand I felt like a kid on Christmas to have been able to re-experience this after a decade. On the other I’ve wondered on how much nostalgia was driving my fond memories of the game.

The Ark of Napishtim finds the Ys series hero Adol the Red marooned on an island that has a seemingly impenetrable vortex surrounding it. How, precisely, he got there is a mystery; he somehow got through the vortex after, on the outside, his ship was attacked and he was cast off it. So it follows a similar trope of so many JRPGs; our hero wakes up very unsure about what’s going on, only in this instance the hero finds himself in the care of the Redha (humanoids with animal like features), and from there Adol sets off across the island on a new adventure.

Graphically the PC re-release is a much smoother and cleaned up version than that of the PS2 version that was released a decade ago. Unlike a few of the other re-releases such as Ys III (Oath in Felghana) and IV (Memories of Celceta) as well as the newer Ys Seven, that all introduce new concepts into the series, this port otherwise plays exactly as it did ten years ago while looking a lot better in the process. 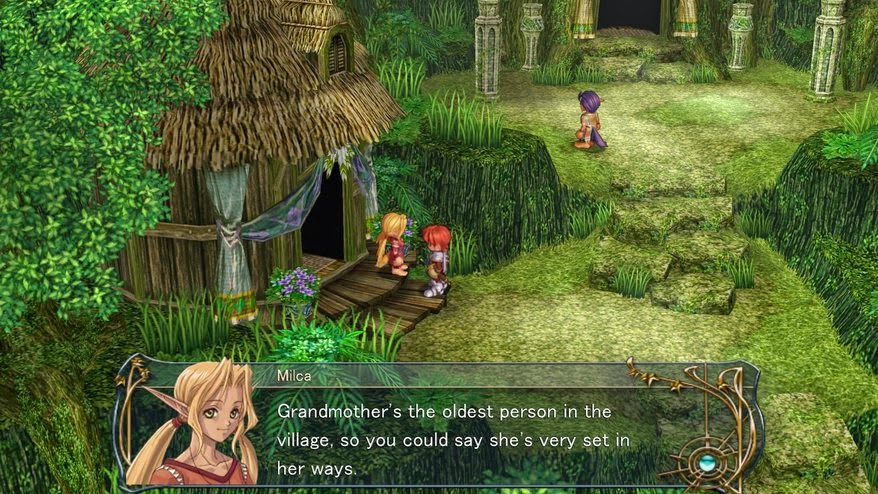 While exploring the various regions inside of the vortex, Adol finds himself climbing mountains, spelunking through watery caves, and facing off against foes on the open plains. Once upon a time I found myself enjoying this adventure with its focus on exploration and the smooth combat system which offered Adol three distinct swords, each with their own quirks. Add the RPG elements which can help players overcome any challenges in advancement through a little grinding (sometimes even without acquiring specific items that were designed to help) and everything was good.

I still do enjoy the smooth combat system that the Ys series has done so well over the last thirty years. A good portion of Adol’s tale is told through the gameplay, as he explores on his lonesome, supported by great music tracks that help set the tone. I also still love the way that the game can throw difficulty spikes at you, as the game is filled with areas that you’re not meant to enter early, but can do so to your demise. It forces you to keep on your toes, and provides a tantalising promise of progression as you play one. Finally, if anything I’ve come to appreciate the storytelling and narrative even more.

The story shows what a group can do in the face of adversity but at the same time also displays the darker portions of human tendencies. Within the vortex that Adol finds himself in, there are several islands in which multiple peoples exist. Adol wakes up on the smaller of these with the Redha who live life much closer to nature to live as one with the land. They’ve been there for generations and have have worked out how to exist without disrupting their environment. This is a direct contrast to those living on the larger island; the people who, like Adol found themselves washed up on the shore after surviving an encounter from the outside with the vortex These people have stripped the ruins and the land to build stone houses, towers, and walls in order to hide behind against anything that would attack them from the surrounding plains. Tensions between these two people are high, introducing some political themes around the tensions between environmentalism and preservation, and progress. 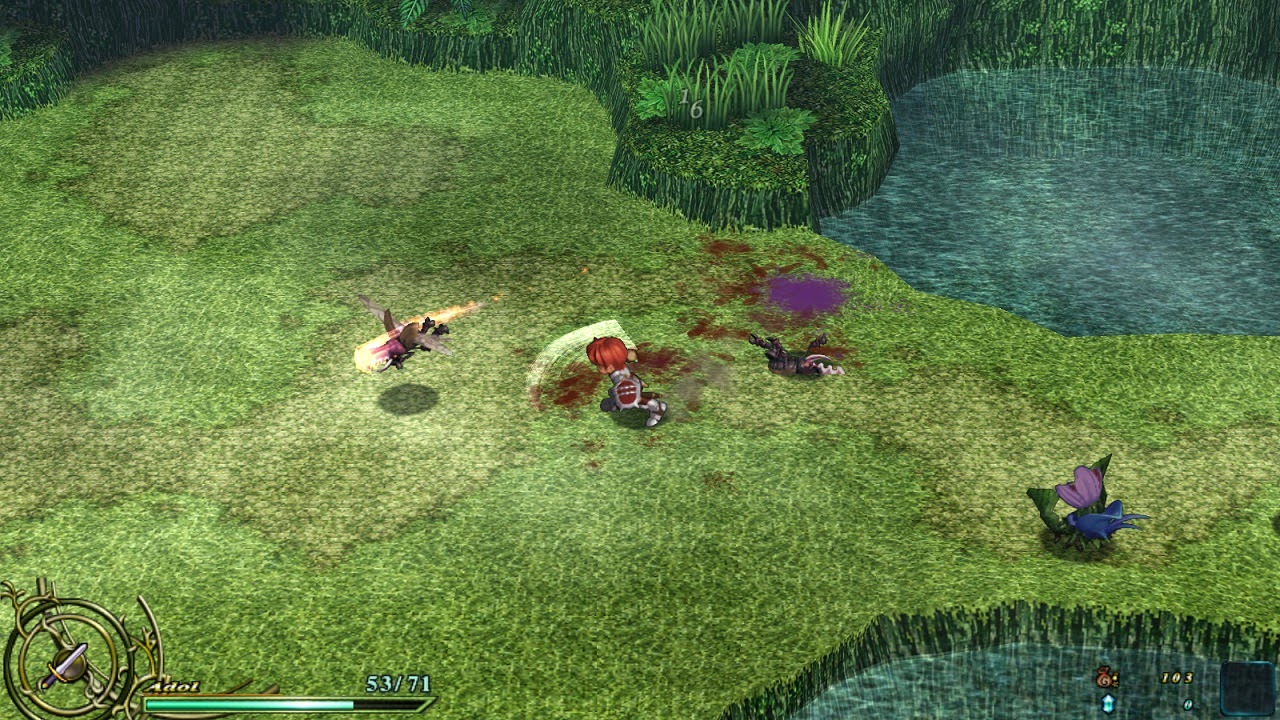 Talking with both peoples gives a lot better of an understanding of the overall situation. This is where everything kicks it into gear. The Ark of Napishtim does not hold the players hand. Coming from an older age of RPGs where the players must figure out their course of action without such luxuries as quest markers on a map, talking to the townspeople of both the village and of the town is a must in order to move further into the adventure. Talking to absolutely everyone isn’t necessary to move the plot forward, but it does help understand the broader context of what is going on. Not everyone is of the same mind, but sometimes those at the top who made themselves “the boss” are calling the shots even if others don’t agree. The same can be said with some of the Redha who need more than village tradition offers.

The Ark of Napishtim is still great, in short. Long time fans of the series will appreciate the visual upgrade and first time entrants to this chapter should find themselves at home, especially if they have appreciated some of the other entries in recent years.