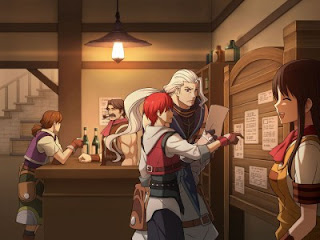 A surprising number of franchises have been able to achieve the 25th anniversary milestone considering the relative youth of the games industry. However, much fewer IPs have histories as rich and remarkable as Ys. Nihon Falcom hasn’t been shy about making complete visual and mechanical overhauls, outsourcing titles to other developers, or bringing the series to obscure platforms. It’s extraordinary that such a prolific property can maintain its quality despite that.

So while Ys: Memories of Celceta may not be an astronomical leap beyond its recent predecessor, it gets away with it quite smoothly, still bringing along worthwhile formula revisions that enable it to create its own identity. Considering the staleness of many similar properties, fans are hardly going to care upon playing and even those who missed the PSP entries will unwittingly adore Celceta’s novelties.

If you fall into the latter category of player or have simply never dipped your toe in Falcom’s flagship franchise, Memories of Celceta will instantly stand out for its rock-solid combat system. Run of the mill brawls are comparatively more engaging than many other JRPGs built around real-time action. It also strikes just the right chord between demanding reflexes and statistic management, meaning grinding is never an issue. 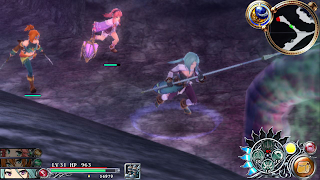 While it is modeled largely after Ys Seven, series fans will be pleased that it bears several worthwhile revisions. The ability to dodge and guard as well as the more advanced “flash”-based derivatives keep combat from growing stale during your 20+ hour stint. Throw in several characters with their own play styles, skills, and advantages and you’ve got a lengthy series of entertaining bouts to look forward to. Well, so long as you remember not to play on the nearly brain-dead easy mode.
But amusingly enough, even low difficulty can’t prevent the boss battles from being exhilarating. The game’s enormous beasts push the battle system’s intricacies to the forefront and place an emphasis on problem solving. Similarly, the dungeons that house most of said fiends have just the right length and complexity to them to make completing them authentically fulfilling – never shoehorned in for the sake of dragging things out.
In general, much of the challenge in Ys continues on with this even-handed approach. Even tasks like crafting weapons, which can be off-putting to those unfamiliar with the genre, have been simplified so as to be less intimidating than most previous titles. 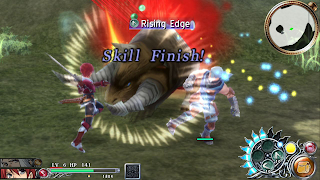 How Celceta truly distinguishes itself from the rest of the series, though, is by offering an additional driving objective beyond the central narrative. Early on the player is offered a lofty 30 million gold reward for exploring a forest. Being compensated for traversing a vast overworld is an exciting proposition indeed and did in fact motivate me to search alternate pathways.
There are also a few hitches with this approach, unfortunately. Compared to many of the landscapes offered by its contemporaries, Memories of Celceta’s woodlands just aren’t that interesting to investigate. The most observable issue is that the game’s environments are lacking in diversity. This can be forgiven on the basis that game’s main area is a gigantic forest and, realistically, your average wooded area isn’t going to house many radically distinct locales, but even still navigation can feel repetitive at moments due to this theme.
Furthermore, most of the nooks and crannies aren’t terribly interesting for their own merits. Since settings that aren’t towns or dungeons can be drab, popping open a treasure chest for items most players won’t ever use can get tedious. It’s a shame, as this is undoubtedly the largest overworld the series has seen to date; so expansive that even dungeons and towns don’t contribute to your overall land survey percentage. Those that enjoyed Ys Seven will be ecstatic, but there’s the slight sensation of bloat for what the game offers. If future entries are going to continue to mimic Seven and Celceta, this should be addressed. 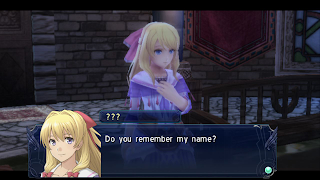 Make no mistake though – Memories of Celceta still has all the requisite trappings the series is known for and the aforementioned tweaks do indeed greatly enhance the overall experience. Even though the concept of a secondary objective isn’t fully realised, the story is aberrantly motivating by Ys standards. Series protagonist Adol Christin is motivated by gathering his memories from physical locations and you can often do so at your own pace with no prompts, making encounters with villagers feel less scripted than they are. It’s also nice to be able to string Adol’s past together as you pick up the pieces since the game allows you to view acquired memories at will.
Ys: Memories of Celceta is not without its design hindrances but the core experience is so finely crafted that you’ll rarely be concerned. Adol’s exploits are among the finest on the Vita this year and there are certainly worse titles to jump into the series with.