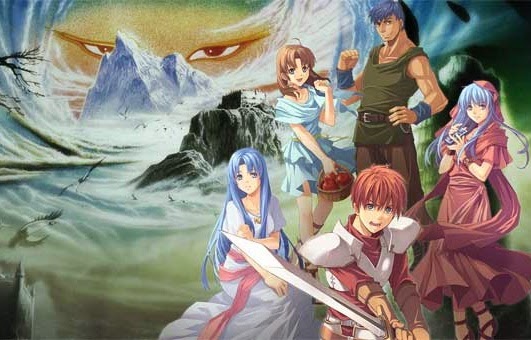 DotEmu is a developer that does a really remarkable job of taking classic games and putting them on modern platforms. Its port of Heroes of Might & Magic III is the perfect example of this. Released on the iPad at the start of the year, it’s a game I haven’t really stopped playing since.

So I was quite keen to give Ys Chronicles 1 a go. I was concerned that what is effectively a fast-paced JRPG wouldn’t work as well on a touch-only device, but I figured DotEmu would figure a way around that. Unfortunately that wasn’t to be. While the basic game remains perfectly enjoyable (albeit archaic), it’s very difficult to get along with this one on the iPad.

There are two different control options – a free movement system whereby the characters will move in whatever direction you swipe, or a “8-way direction” option that emulates a more traditional D-pad for movement. Unfortunately, because our little hero man walks around quite quickly (even when you turn off the “default run” option), and his attack radius is quite small, it makes it quite difficult to manoeuvre around the enemies and obstacles like you might want to. 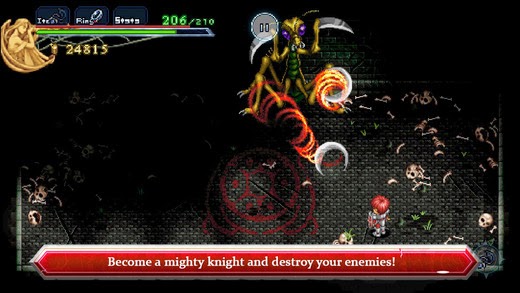 Now, for the weaker enemies, this isn’t an issue. Like a battering ram you can simply plow through them, and while they might get a hit back in on little Adol, it’ll do minimal damage, and simply standing still for a second or two will return him back to full health (standing still regenerates health in this game). But the game has regular difficulty spikes, and front-on enemy assaults can be crippling against an enemy that is beyond Adol’s current level of experience.

There is no greater example of the absolute weakness of the virtual control options in Ys Chronicles 1 on the iPad than the first boss character, where Adol needs to dash past streams of fire with absolute speed and precision to attack an enemy that winks in and out of existence. This battle is purely frustrating, and not just because the enemy is significantly more powerful than anything that comes before him. Getting through it felt more like luck than skill on my part, and while I got better with it as the game wore on, this is one example of an iPad game that doesn’t quite work as well as it should.

On the plus side, the game has full controller support, using Apple’s wireless gamepad technology. I tested Ys Chronicles 1 with the SteelSeries Stratus, and found the implementation to work perfectly, providing me with a full console experience, with the added benefit of a nice big iPad screen to play on. There are more and more games on iOS that support controllers like the Stratus, making it a better investment than ever for any people serious about their gaming with mobile devices. 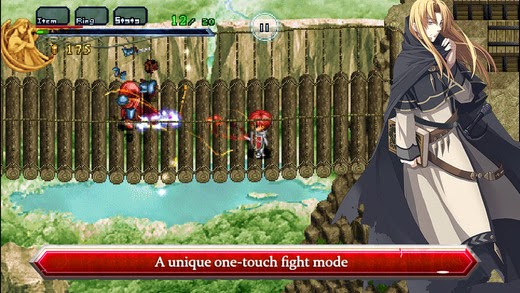 As a game, Ys Chronicles 1 wears its age on its sleeve. There’s no depth or complexity to the story, which follows the standard “move to location A, help citizen B with their problem by delving into dungeon C”, and the combat itself is incredibly archaic. Adol automatically attacks an enemy he bumps into, and players have no control over anything but his movement.

This over-simplicity of combat runs through the rest of the game, with limited weapons and equipment options, and very little variety in the enemies – almost all of them simply try to bump into Adol to do damage to him. The soundtrack is bright enough, but hardly offers up the memorable tunes that people have come to recognise whenever they start playing a Final Fantasy or Dragon Quest game, and from start to finish it’s hard to share the feeling that while this is indeed a classic game, the Ys series has never quite managed to ascend into mainstream consciousness, and that’s for a very good reason.

Because of that it’s a little surprising that DotEmu decided to bring Ys Chronicles 1 to the iPad, but perhaps this was the best opportunity the team had to bring a classic JRPG to the platform. I can’t see this lighting up the iOS sales charts, and I struggle to see how people without a wireless gamepad will be able to work through it, but otherwise, it’s a decent, entertaining classic action JRPG to add to the collection.

Do you play Chain Chronicle? Win a content pack here!