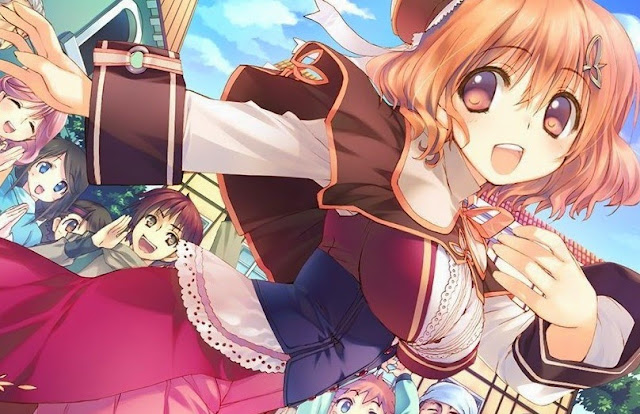 Over on Polygon, there’s an article titled “Atlus can do better than this creepy, porn-lite dungeon crawler.” The article, from Philip Kollar, is about Dungeon Travelers 2: The Royal Library and the Monster Seal, an upcoming dungeon crawler being localised by the company that features characters that are sexualised.

The problem is that Kollar hasn’t played the game, and is drawing some false assumptions that sexualised content serves no purpose beyond being creepy fanservice.

He may well be right about this particular game, of course. I haven’t played Dungeon Travelers 2 either, but at the same time if he is right, it’s a lucky coincidence for him, because his supporting argument shows that he is no expert on the game’s content. The weakness of Kollar’s line of debate is evidenced in the reference to and criticism of another Atlus-published game within his article, Conception 2. To pull a quote from Kollar’s article: “Conception 2, the main character is a dude, and the women are primarily presented as things for him to interact with; they’re in the game to be rescued, fought or used in combat rather than acting on their own.“

Except that isn’t what Conception 2 is about at all. Conception 2 was a response to the social pressures that the young people of Japan are currently exposed to; with a declining and aging population, the young Japanese that are not breeding are considered to be a “problem,” and the government is actively encouraging young people to have children for the health of the country. The game itself is a deconstruction of this idea, and while it doesn’t judge, it certainly raises issues with the idea of a society seeing relationships and childbirth in terms of national resources.

Are there criticisms you can make about the game beyond that? Of course. And if you’d like to, you could even continue on to make a feminist criticism of the game and the way it approaches identity issues within the female characters, or discuss the reason that the game is about a man surrounded by women, rather than the other way around. There is plenty to debate within Conception 2; the problem here is that making a blanket claim that it’s “sexualised” and therefore “creepy” is a limiting and indefensible position. Or you could just call it puerile, if you’d prefer. Either way, it’s not the most intelligent way to discuss these games, and the real (or imagined) issues that come with them.

Time and time again we see the criticism of Japanese games reduced to the most superficial when sexuality is concerned, and it concerns me that this is happening not in the comments section of reviews and articles (where, on most sites, you can’t expect much), but rather the body of the article itself by writers who should know better. Bayonetta 2 was the subject of intense criticism (including from Polygon itself), despite being easily argued to be an example of an empowered female lead character. Lollipop Chainsaw was slammed across plenty of websites and publications for being exploitative when in practice every second of the game worked to deconstruct exploitation and, in Goichi Suda’s punk grindhouse manner, expose it as a concern.

JRPGs like Hyperdimension Neptunia and Omega Quintet get criticised for the way they use moe characters to sexualise the content… without recognising how these characters and themes work to satirical effect to highlight and question the politics of the games industry, and Japanese idol culture, respectively.

And on top of all that, critics rip Japanese games to shreds without actually playing them. Kollar’s not the first by any means, and I point you to a writer for Official Nintendo Magazine that pulled a similar stunt with Senran Kagura Burst on the Nintendo 3DS last year for proof (now, mercifully, gone as ONM no longer exists), but this practice is the most offensive of the lot. Without understanding the narrative and cultural context of a work of art, how can anyone possibly criticise it accurately? Watching a trailer and then deciding that the game is “exploitative” is like picking a random two-minute section of Citizen Kane and then attempting to write a piece of criticism on it. It doesn’t respect the game as a work of art, and it limits the quality of the criticism that you can build around it when you don’t have the full experience to analyse.

I appreciate what Polygon is trying to do in this industry; representing more marginalised voices in the industry and offering a genuinely alternative approach to games criticism is something I try and do myself. And the critics at Polygon are clearly intelligent, passionate souls. I like most of Kollar’s work, and on the off chance that he reads this I hope it doesn’t upset him. I don’t like writing pieces like this, because people are entitled to argue their opinion (especially when they have the experience that someone like Kollar does), but I really struggle to get on board with the incredibly limited analysis and discussion around gender and games that happens with regards to Japanese games in this industry.

Review: The Perils of Man (PC)