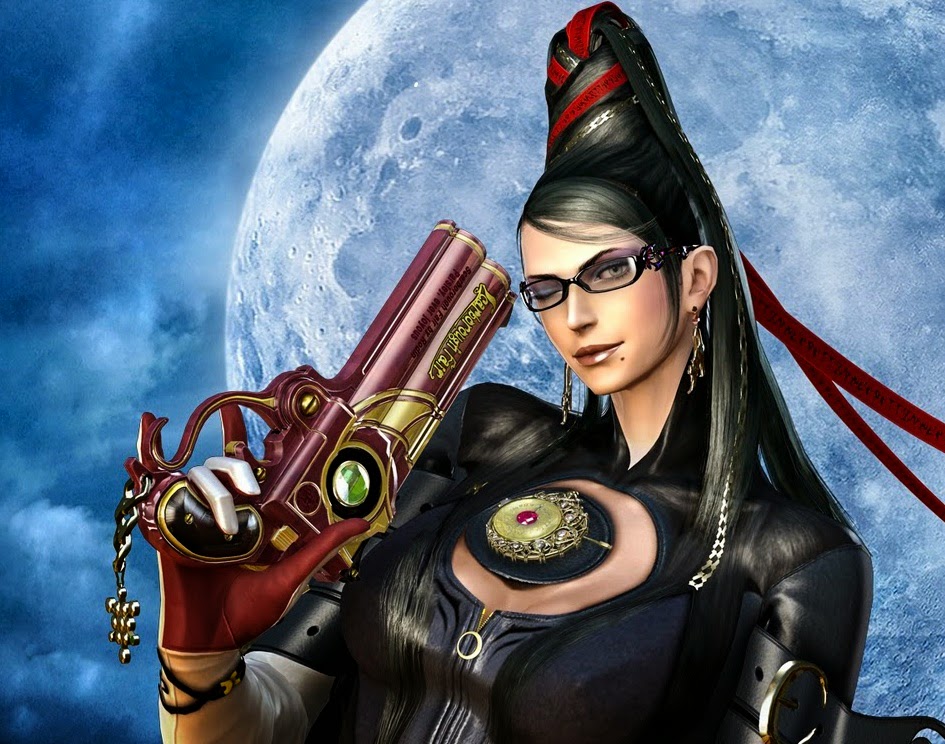 I think we all knew this would happen. Bayonetta 2, Nintendo’s big “adult” Wii U game release for the year, has become an instant source of controversy for its themes. Polygon’s review exemplifies this controversy best, with the critic broadly panning its approach to gender, and arguing that what he sees as complete exploitation lets down the quality of the overall game.

The community in turn is completely divided on the matter. Because this is games journalism post-gamergate there’s no actual debate going on, but rather one group of people is accusing the other group of being “SJWs,” and then being accused of being neanderthals in return. The real loser here is the concept of games are art, since art encourages rational debate and ad hominem attacks are worthlessly destructive to the kind of in-depth discussion this topic would generate in the other arts. I was going to just ignore it, but then I thought to myself “what the heck, I may as well try and salvage some kind of interesting discussion out of all this mess.”

The key takeaway that I took from the Polygon review and line of thought (and supported by other critics of the way gender is handled in Bayonetta, such as Anita Saarkesian), is that their criticisms about the game and its handling of gender are very much coming from a American westernised understanding. In fact, I actually guessed the Polygon journalist, Arthur Gies, was American when writing that last sentence before I hit up Google to confirm my guess was accurate. Critically, it makes sense that American critics would write from an American westernised perspective. They’re American. They’re entitled to their view, those views are well argued, and in the interest of treating games like art the discussion about a game should reflect as many robust opinions as possible.

In other words what’s most critical to note is that they are not wrong. Within the American culture (I highlight America specifically, but it applies to other westernised cultures to a lesser extent), it’s incredibly easy to see how something like Bayonetta 2 would offend. The west is sexually conservative, and to see a character (especially a female character) liberated of that conservatism is confronting to many people that exist exclusively within that culture. When people are confronted, they tend to allow themselves to be offended, and anyone who thinks that a critic is going to give a 9/10 to a game that offends them is insane, to be frank.

Following from there, it’s important to understand that the critics are also conservative in the sense that they are effectively arguing that the American westernised culture is the only one by which games should be understood and analysed. To these critics it clearly doesn’t matter where a game came from, as they are attaching their own sense of values to their analysis of the game. To put that in another way, these critics of Bayonetta 2 are arguing that despite being a game developed by the Japanese, because it’s an American playing it, it’s therefore the American value system that should be applied to it.

There’s academic arguments to support this perspective. Roland Barthes’ concept of Death of the Author argues that the intent of the creator of a work of art, and its meaning, are unrelated. So, if we were to take an extreme view on Barthes, it’s entirely accurate that a work created within the Japanese culture would be irrelevant to how it should be analysed within America.

But I personally see things differently, and I come at this with a more moderate view of Barthes’ thinking. I agree that when analysing a text it’s important not to assume that the author is the only authority on its meaning. Every person in the world grew up in some kind of culture, and when we are being creative, the billions of both large and small cultural influences that we have been exposed to over our development as humans means we leave a footprint on our work that has meanings that we never intended, but simply come ‘naturally’ to us.

So it’s entirely possible to criticise a game for messages that the developer never intended in putting into his or her game. I agree with the criticisms of Bayonetta to this point. But (and it’s a big but), it is nonetheless important for a critic to understand the cultural context that created a game, because, unless you’re going to argue that there is only one ‘correct’ culture in the world (which I don’t agree with), you’re going to need to understand the culture before you start to criticise it.

So, in my view, I know that Japan is not a sexually conservative nation. I know this based on the many years I have been a part of the Japanese culture. In those years I’ve come to observe a couple of things about how the Japanese understand gender, and what is most relevant here is that sexuality is a source of empowerment to the Japanese, and sexually empowered individuals (especially women) are, in fact, individuals to be respected. This is important because when we look at Bayonetta we see the Japanese vision of a sexually empowered character. This puts her at the top tier of agency within the culture, where in the west a similar character is generally seen as a slave to the patriarchy.

In this context I find the criticisms of Bayonetta 2 by Polygon and Saarkesian to be imperialist. That is (again) not to suggest that they are in some way incorrect for holding this view, but rather it’s a view different from my own. The fact that there are differing, complex views on the topic is healthy for the artistic development of the industry. It’s a pity that this isn’t the kind of discussion I’m seeing in response to the review and Saarkesian’s tweets, because what I’ve written here is the right way to go about these kinds of debates.

As an aside to finish, it is important to note that none of the discussion about Bayonetta 2 is about feminism. There are people who want nothing to do with feminism that will find Bayonetta’s character confronting. They’ll turn to misogyny to express their distaste for the character, but they will have just as much contempt for the character as the conservative feminists do, who will instead blame the male gaze (as Saarkesian has). Meanwhile there will be other, liberal feminists that support, if not applaud the character.

People will evoke ‘feminism’ to try and justify their point of view, but the reality is that the criticisms of Bayonetta and gender are related to a social debate between conservatism and liberalism, played out as a debate between cultural relativism and objectivism. This is the academic reality of the debate, and it is in these terms that it should be debated. But, as I’ve noted in the past, this industry, both in terms of consumer and professional, has shown a stunning capacity to misunderstand feminism and how it works as a philosophy.