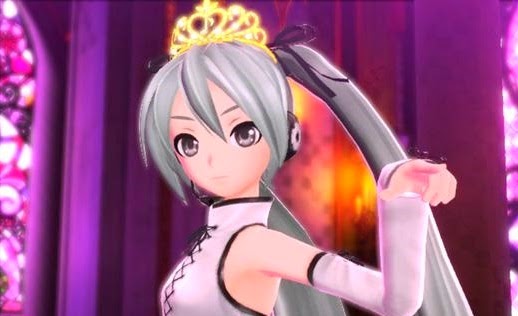 I’m going to be a bit lazy this week and make a list of pictures for the Friday Ten (sorry, it’s been a very long week). That said, after last week’s favourite Miku music tracks from Project Diva, I thought it would be fun to do a list of my favourite Miku costumes.

People clearly like playing dress-up with the Miku games. The DLC costumes clearly sell well, and there are so many unlockable in-game costumes that it’s a major feature of both games. And why not? These things allow you to customise your experience as you see fit, and everyone has their own vision of what Miku should be, so it makes sense to allow people to customise her to be sexy, elegant, innocent or punky, as suits their vision.

That plays into the very philosophy of Miku and vocaloids, too, that the creative control over the experience should be in the hands of the creators. Costumes might be a superficial way to do that, but it’s an effective one, if you ask me.

So, without further ado, my list of favourite Miku costumes: 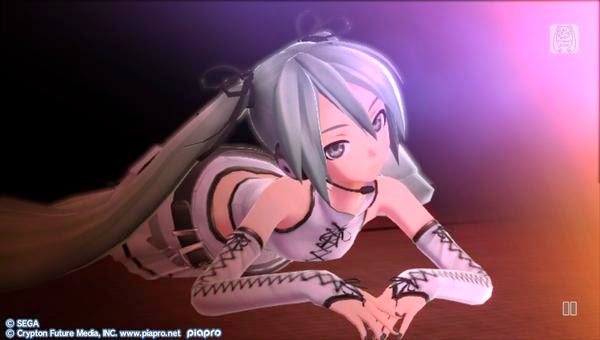 One of the DLC costumes, Aile d’ Ange makes great use of black stitching to highlight an otherwise minimalist, white costume. The end effect is a very modern popstar look, with just a hint of hardness about the design to also represent one of the more mature looks in the Miku wardrobe. Miku and Christmas go well together, with both being bright and happy, and this festive costume certainly works for the season. The tie gives the costume an ever-so-slightly punk vibe while the ribbon garter around the leg is both festive, and more than a little sexy. 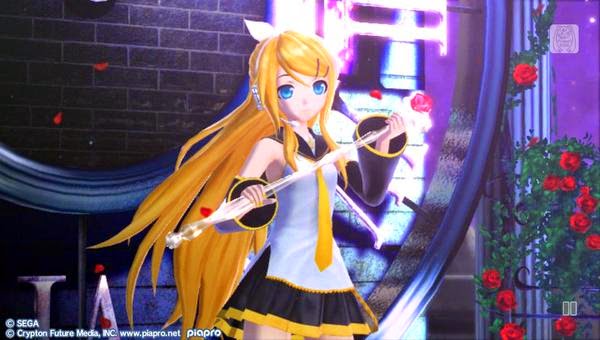 The first of the non-Miku costumes that will be on this little list, Future Style is, as the name suggests, a look into Rin’s future. The yellow version of the original Hatsune Miku costume works even better that Miku’s, if you ask me. It’s brighter and even more cheerful. 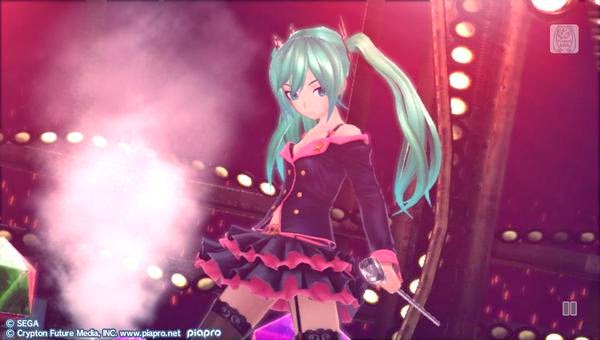 One of the classic Miku designs, Honey Whip is a the kind of costume that you’d expect to see a pop idol wearing at a concert. Short skirt, long stockings, and a bright pink colour create that mix between innocence and sex appeal that would fit in just perfectly with an AKB48 video clip or similar. So it makes sense that this would fit into Miku’s repertoire. 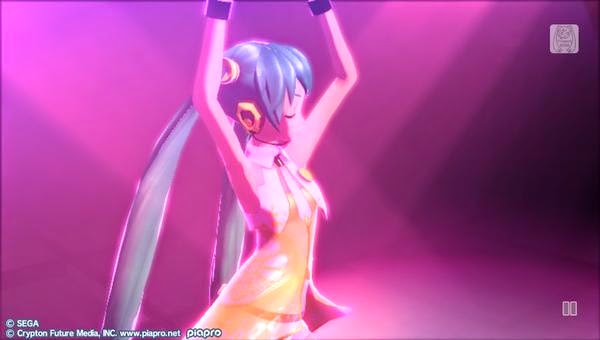 Yellow is a really good fun costume. As the name suggests, it’s bright and energetic, with plenty of yellow highlights to really stand out. It also looks vaguely like something you might expect to see on the dance floors of yesteryear, from disco through to the 80s. This makes it the perfect costume to go with a wide range of tracks in Project Diva, and I find it works best with MEIKO tracks, because they often do have that upbeat club edge to them. 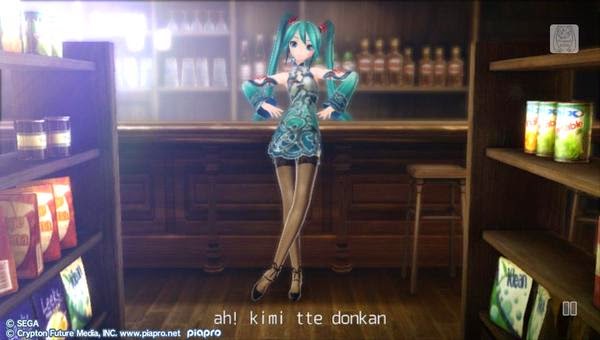 Chinese dresses are gorgeous, and Miku wears them well. Emerald isn’t exactly a traditional Chinese dress, being an order of magnitude too short for that, but the effect is there nonetheless, and the stockings just round out the package. There’s a DLC Miku costume called “Chinese Debut,” which is charming enough as well, but this one, which is unlockable within the game itself, has my vote. 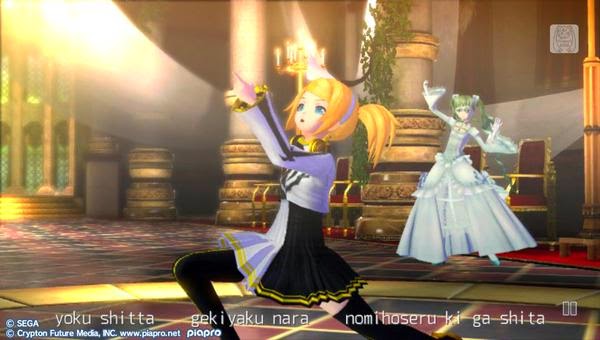 Another Rin favourite, Reactor is a seriously stylish costume. Taking the basic idea of black and mirroring one another, the subtle yellow frill along the bottom gives the dress depth, and it was wise for whoever designed this costume to leave the stockings the same colour. Pleats in general are an awesome fashion style, and it surprises me that aside from the main character designs, there’s not that many Miku & Friends costumes that make use of them. 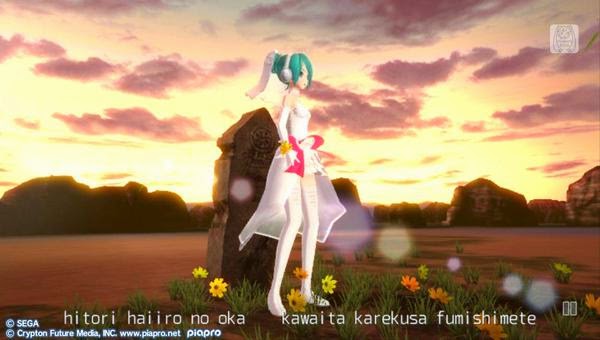 It’s pretty obvious where White Dress comes from. It’s a wedding dress that has been sexied up by, well, removing the bottom half of it. The giant ribbon in the middle gives the costume colour, but otherwise this costume is what I would argue is the core of the Miku character – an odd mix of innocence, elegance, and sex appeal. It shouldn’t work, but it does. 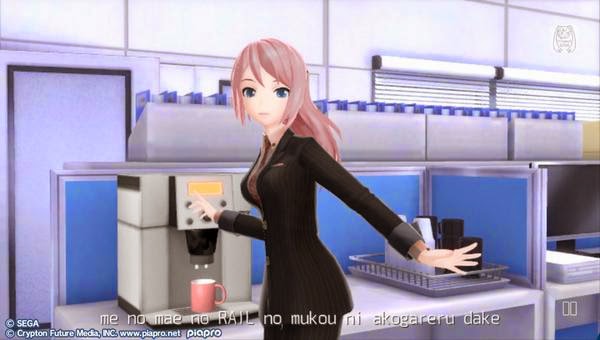 Luka’s the “serious” character among the Crypton vocaloids (well, assuming you ignore the often-goth teen Kaito). So it makes sense that one of Luka’s costumes would be smart, subtle pin stripe suit. I’m fairly certain that Luka likes her coffee espresso and strong, and she doesn’t take nonsense from anyone. This suit only suits one track in Project Diva 2nd (Hello, Worker), but you can’t play that track with any other costume or character, because it works so well. Cute is an understatement for this Miku costume, because it is outrageously cute. From the delicate ribbons in her hair, to the subtle frill at the bottom of the shirt, the white dominant colour of this costume epitomises the innocence of it. Classy hotpants, and an elegant dual-tone bra round out the costume, making it my favourite bit of DLC for this game yet.

So, what are your favourite Hatsune Miku costumes? Be sure to use the image sharing function of our comments section to share!

Interview: What’s next for TyranoBuilder?