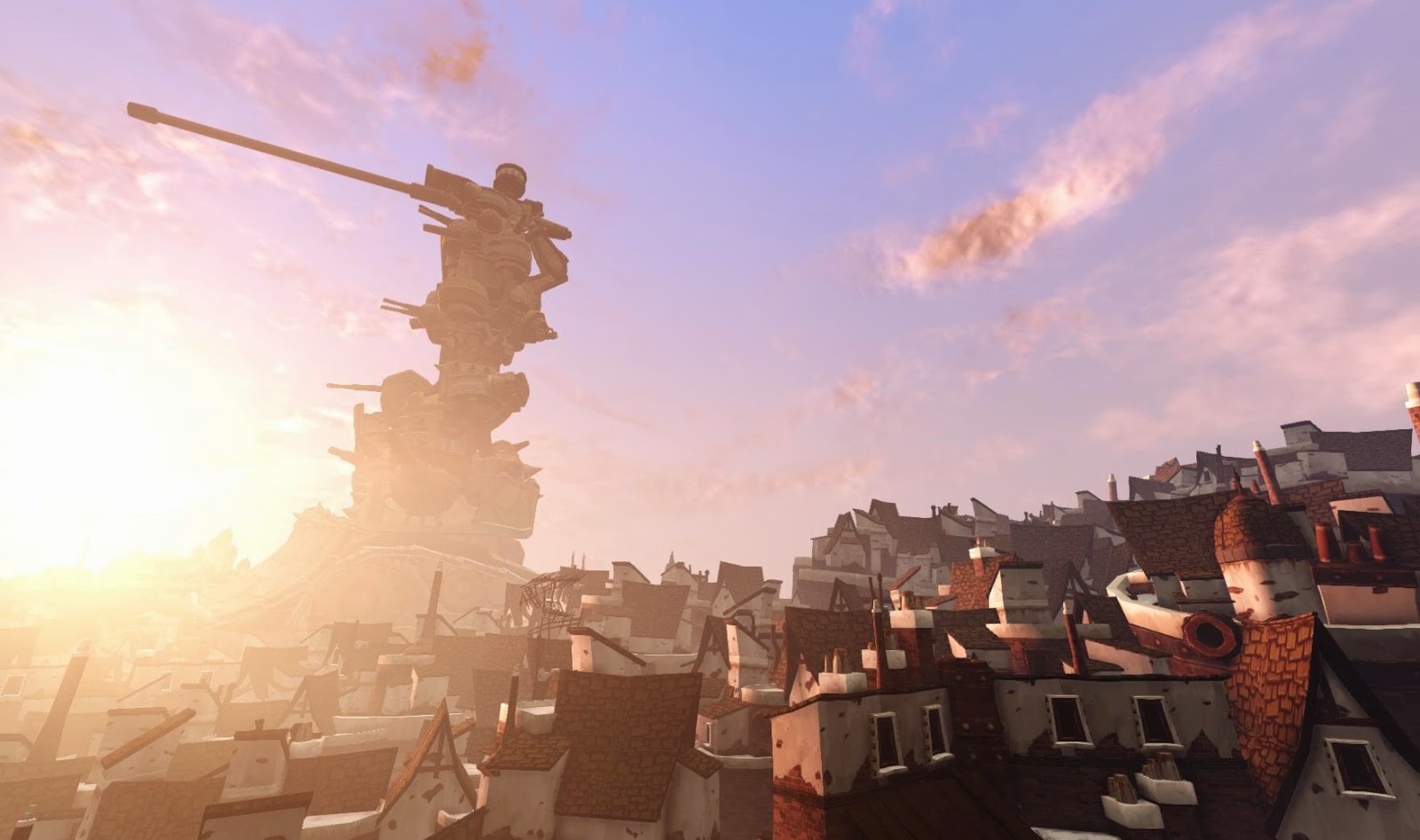 I’ve played a lot of crazy games but I think I can crown a new winner for the most crazy one of all. Tower of Guns is a quick paced roguelike FPS Bullet Hell that puts crazy weapons in the player’s hands to shoot at anything that moves.

Bringing back an older style of shooter action that did not concern itself with such subtleties as cover, Tower of Guns instead demands players rely on agility and skill to keep their characters alive. On the first attempt players will have limited weapons and perks, but this being a roguelike, death is inevitable that first time, but you’ll earn an increasing repertoire of starting weapons and perks for subsequent attempts to make it to the top. It’s not an easy task, being a roguelike, but neither is it an unfair one. The learning curve is not especially high, but what will require a lot of work to learn how to handle and approach each situation.

While it’s not rare to be rewarded for good gameplay, it’s rare to be penalized for the opposite. Players gain money, health, and experience for the destruction of anything around them. Instead of levelling up your character, experience instead levels up their weapon, providing drastic changes in both power and ability. Becoming more powerful facilitates the climb through the tower as the difficulty scales for every segment and boss defeated. And, just like the retro shooters of old, you’ll need to pick up health as you play along, because it won’t automatically regenerate. The game’s mechanics add another dimension to playing badly, though, as every hit you take also takes experience from the weapon, and at a much higher rate than your health. Play badly enough and it’s entirely possible that your weapon will be levelled all the way back to the base, reducing its effectiveness and also sharply decreasing the odds of survival. 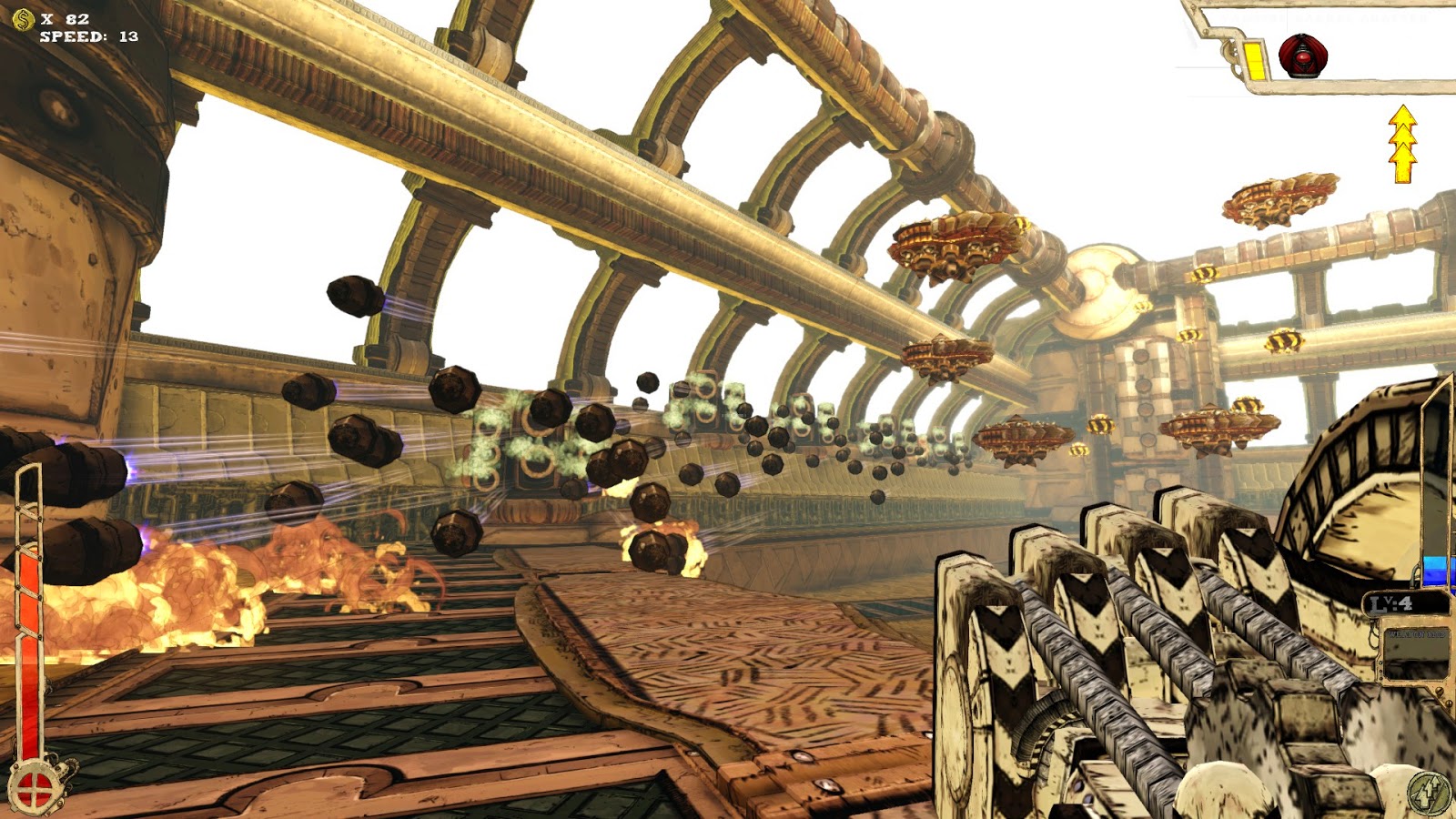 In addition to the weapons, there are items and perks to grab as you play. Items are acquired after the defeat of a boss and range in their utility, from stopping time to having a bot destroy everything in your sight before you really know what is going on. Perks, meanwhile, are chosen at the start of each game, at the same time as the guns, and can be unlocked through the various playthroughs. While only really having two to start off with, these are still worth the time to check over as they can seriously affect how you approach situations. Triple jumping? Taking no fall damage? Taking no damage from lava? All of these perks choices have serious implications on how you play and you’ll be stuck with them until you pass on and nee to start playing again, so choose carefully.

In its aesthetics, Tower of Guns is nice to look at, using a cel-shaded approach not unlike Borderlands. Unlike that game’s almost open world approach to level design, here you’re stuck in a single tower, but isn’t all that bad with the ever-changing layouts and visual design. Combined with random nature of room layouts, and even though you’ll have the rare occurrence of seeing something you’ve seen before, every run looks like its own unique experience, which is of course one of the great advantages of the roguelike.

Related reading: You can also check out our review of the PlayStation 4 version of the game here.

Tower of Guns lives up to its name. It’s a rather interesting mesh of styles, coupled with a love of old-school shooter action. It’s not likely to be remembered as a classic game, but it certainly achieves everything that it set out to do.