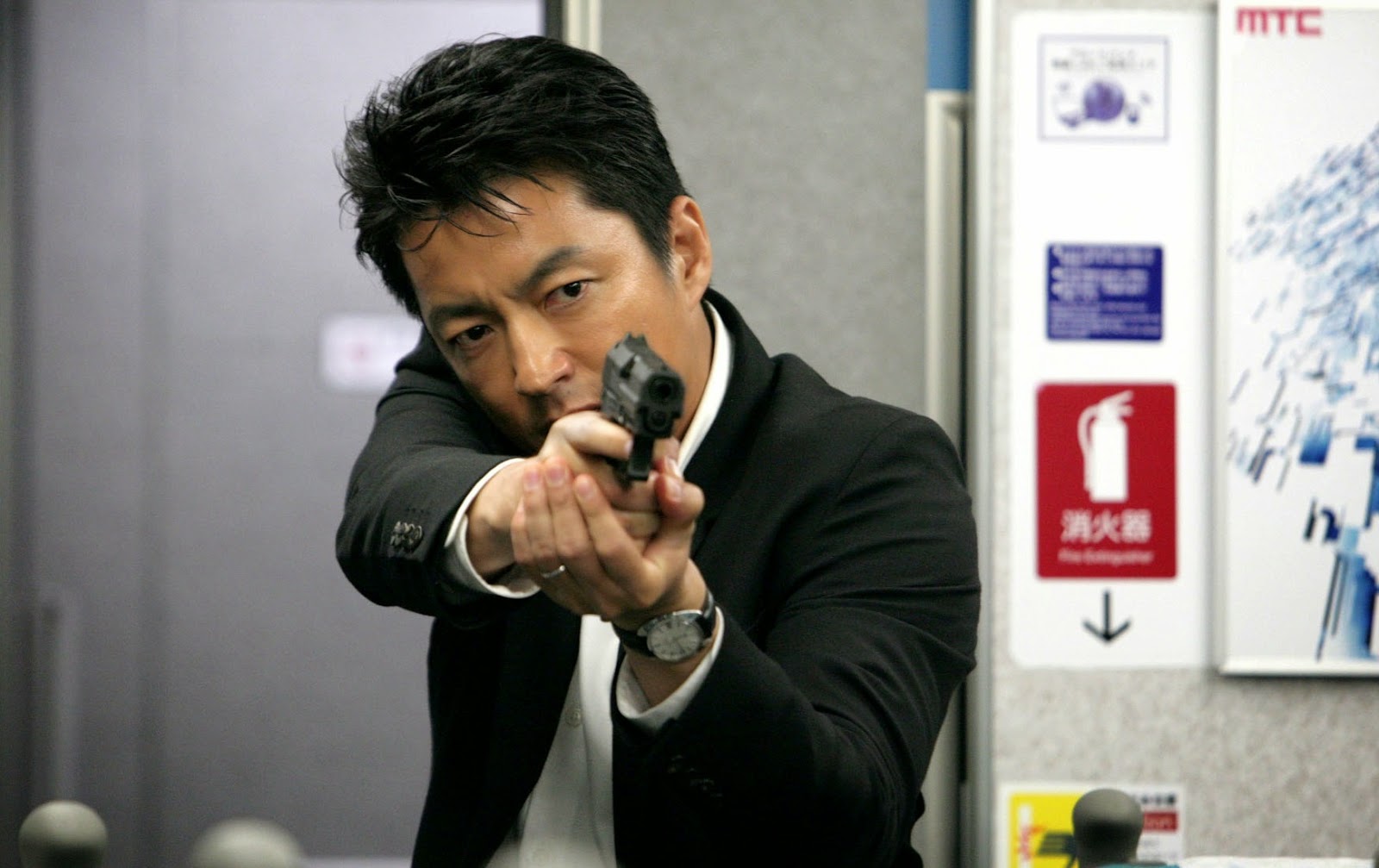 Takashi Miike is one of the most prolific and transgressive of Japan’s modern cinema directors. Best known for 13 Assassins, Dead or Alive (no, it has nothing to do with the games), and Ichi the Killer, Miike likes indulging in a spot of the old ultraviolence and in-out (I do hope you all get those references), and is certainly proving himself to be a master of the form.

Shield of Straw is about as restrained as Miike gets, but the film itself delves into some pretty dark places. Police have apprehended a serial child rapist and murderer. The grandfather of the child is dying, and in a bid for some final closure he offers a massive bounty for the person that kills the man.

So, with people from all walks of life looking to claim the bounty, a small police task force are charged with transporting him to face legal judgement. However, without giving away too much, things have been arranged that the officers on the task force are all deeply conflicted individuals. The narrative effect of this is like playing with matches around a very big barrel of gunpowder. The officers come up with one strategy after the next to get the man away from the lynch mob, while battling their own internal demons. And then from start to finish, no matter the best efforts of the police, somehow a website is constantly broadcasting their location.

Obviously the idea of temptation is a big one in this film, as well as the idea that even the most honourable will have a price. More critically, Shield of Straw throws up questions that bring to mind the trolley problem of moral philosophy at times; at what point is it it better to kill something evil, when it means preserving other lives… or even if it means self preservation? And does the promise of reward for doing so change that morality? It’s a clunky concept at times, and by making the villain an evil that’s impossible to sympathise the narrative is heavy handed to its detriment, but as a kind of thought puzzle to ponder over, it’s interesting nonetheless.

Thinky concept aside, this is a thriller, and in its finest moments, Shield of Straw is really quite intense. Supported by a strong cast of quality actors, the frequent Mexican standoffs that are littered throughout are used in a way that escalate satisfyingly from start through to finish. It’s not an action film by any means, but the narrative is taut and intense enough that it’s often edge-of-the-seat stuff. Miike exercises tight control over the camera to focus attention in on the characters, as befits a character drama, and while that limits the scope of the film, it does convince the audience to connect with even the characters that have limited development.

At the same time, it does seem that Miike doesn’t quite know what to do with himself when there’s not blood to make flow or breasts to expose. Shield of Straw’s pacing is a little pedestrian for a thriller, and a little too inconsistent for a drama. For a man with Miike’s reputation, this one feels positively safe, and lacks some soul as a consequence. Credit to him for trying to broaden his directorial range, but this one is a bit of a misfire. 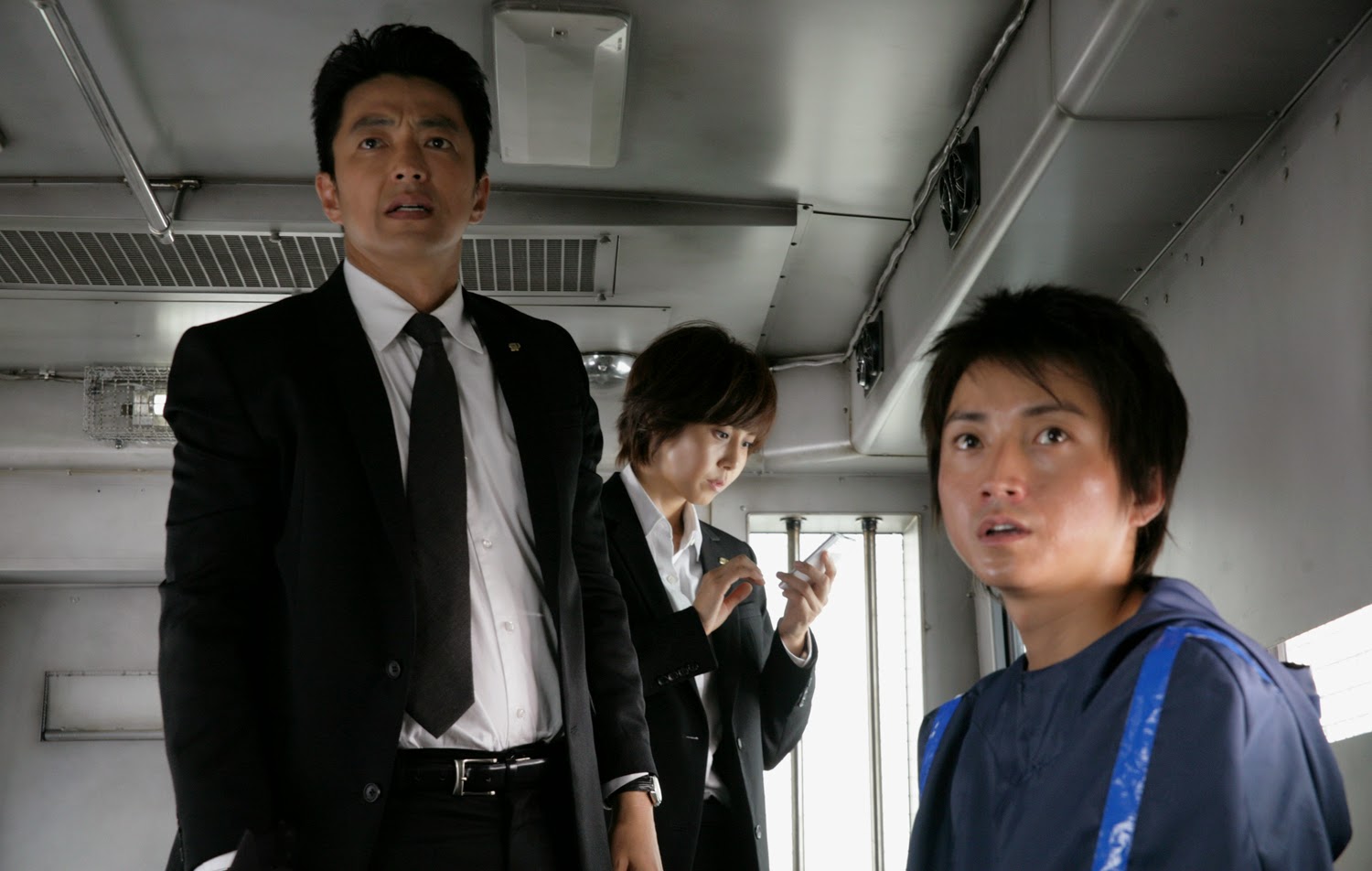 Most disappointing of all is Tatsuya Fujiwara as Kunihide Kiyomaru, the villain. He’s a talented actor (he was the bad guy in the Rurouni Kenshin films too), but he’s completely lacking presence here. If you’re going to have a film that is so focused on the psychology of the villain and the impact that he has on those around him, you really need someone who can fill the screen and carve out a distinctive and memorable character, but the best Fijiwara manages is to make the guy look like an inconsistent weasel-like generic bad guy.

Still, Shield of Straw is an interesting concept and a decent B-grade thriller. The way it presents the Mexican standoffs, especially, offer something truly gripping.