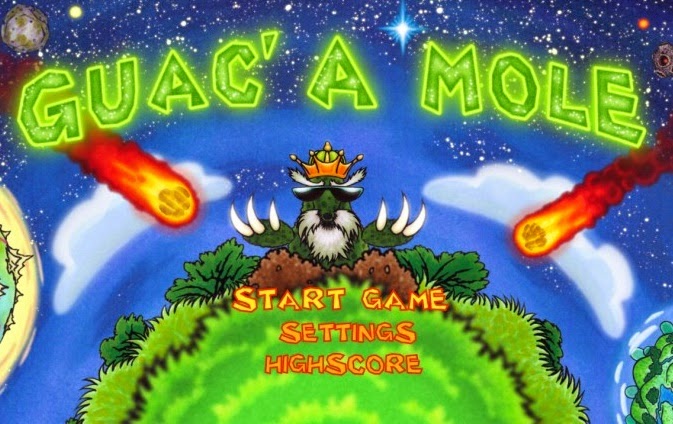 Who doesn’t like Whack A Mole? One of the truly classic arcade games, Whack A Mole gives players a little hammer to thump moles on the head as they pop up out of the machine? The goal is as simple as tallying up as many points as possible as a timer ticks down. These days the arcade cabinets spit out tokens, which after spending a small fortune on the game you’ll have enough to redeem for a bouncing ball or something.

That’s the kind of fun that Guac’ a Mole tries to tap into, and credit where credit is due, the developer went after that target with absolute razor focus. This is one of the most no-frills games I’ve ever played, but it’s decent fun for all that.

In the center of the screen is a planet, from which moles will pop out, and then slowly dig their way back in. Your goal is to rotate the planet, using the sensors in the Wii U gamepad, so those moles are bonked on the head by incoming meteors. Doing so earns you points, but if the moles escape, or the meteors hit the planet instead, a meter starts to count down. If it hits zero, it’s game over. 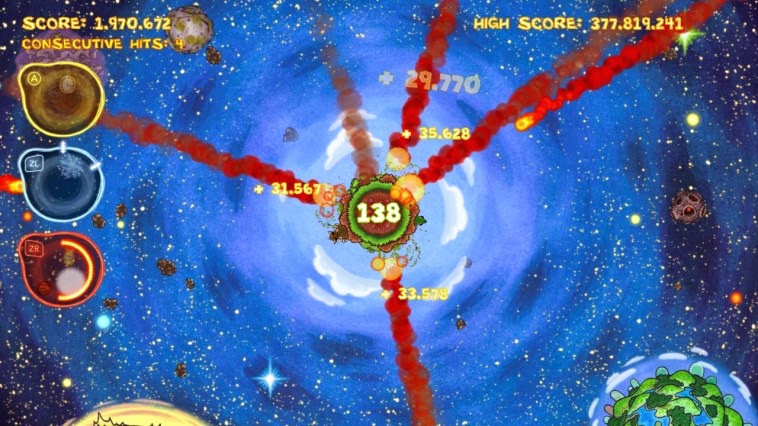 Things start nice and slow, but it doesn’t take long for the speed to ramp up to almost unmanageable speeds. Surviving more than a couple of minutes before seeing the game over screen is an impressive feat indeed, and that’s the extent of the game. There’s a few powerups that can be earned and provide some temporary relief from the hordes of moles, such as a freeze item which prevents them from digging back underground, or a fire item which toasts the entire planet, but there’s little strategy in using these, and activating them immediately is the way to go.

There’s also the occasional “king mole” that pops up and needs to be hit multiple times to take down. He causes a lot of damage if he’s allowed to dig back, so he becomes the priority when he shows his head.

There’s a high score leaderboard, which is, sadly, local only, but it is at least easy to take a screenshot and share your exploits over Miiverse with other people who are enjoying the game. Getting the top score on the leaderboard is a hefty challenge in itself, mind you, because the default scores are so high. 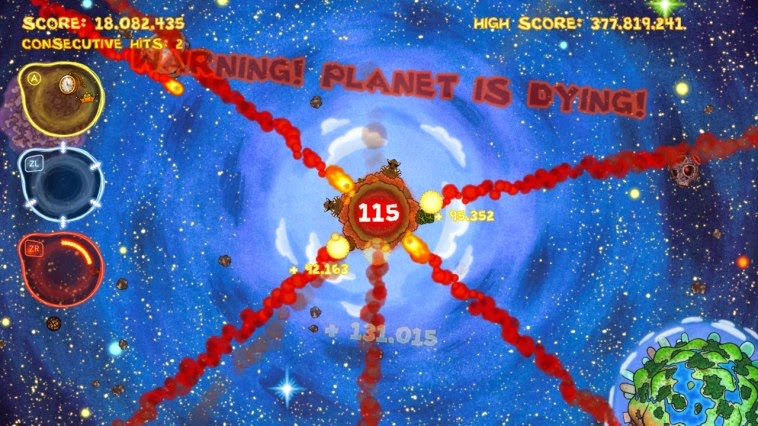 It’s a decent looking game, with bright colourful graphics. The planet in the middle of the screen is a little too small, so the moles digging out of it are too hard to make out to have personalities. I have a large TV, and people with smaller screens may well struggle to follow along with the action, but the planet did need to be small out of necessity to give players time to move the thing around so the meteors could hit the moles.

The biggest problem is that there is no button control alternative to gamepad gyro movement. The game is very playable with these controls, as well as being responsive and sensitive enough to make the quick moves that you’ll need to make without being too twitchy, but some kind of button alternative would have been nice nonetheless.

The game hasn’t got any depth beyond this, meaning that its long term value isn’t great, but it’s certainly better in offering the arcade thrills that it does over the likes of Frenchy Bird. As a cheap download, Guac’ a Mole isn’t a bad offering at all.