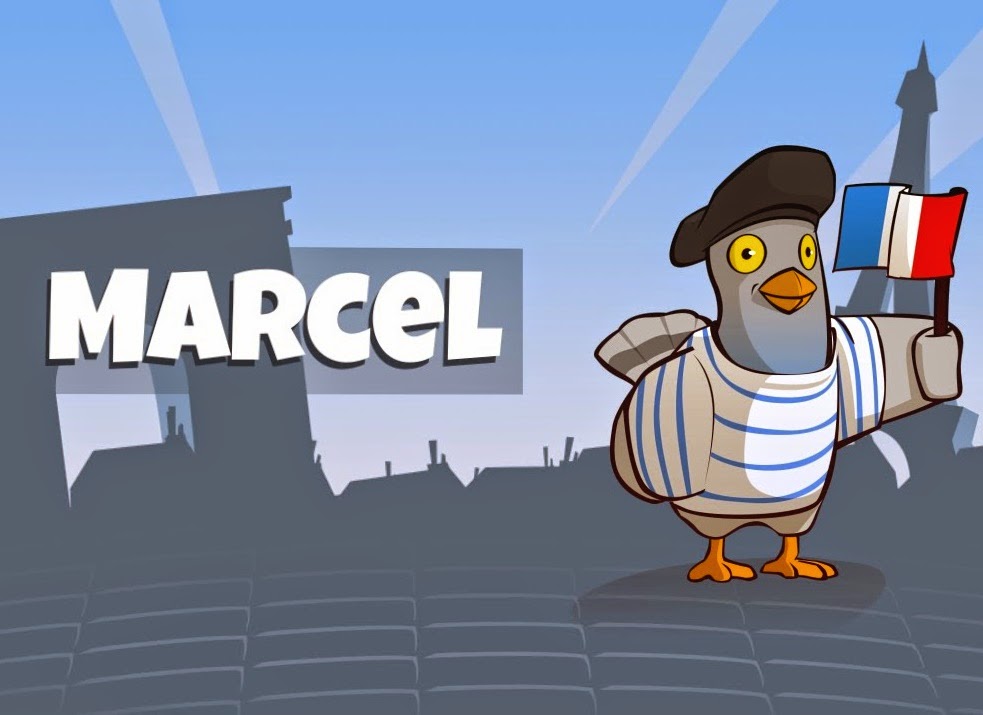 I honestly believe that Flappy Bird is a great game. As an simple arcade game it offers a perfectly consistent set of mechanics – you navigate through a series of obstacles that come at you at a consistent rate, controlling a character that moves predictably. And yes, it’s maddeningly challenging to get a good score playing it, but never is it unfair about the difficulty – when you crash out it is always as a direct result of what you’ve done, and not something arbitrary or unavoidable that the game has thrown at you.

But Flappy Bird is a free game. It’s something you download on to your iPhone and use to help make the morning commute less boring. It displays an ad each time you play, and that’s just fine, it means the developer gets paid and you don’t pay for a bit of instant gratification that doesn’t really have a lot of value.

Related reading: Why Flappy Bird was such a good game.

And that is why I find Frenchy Bird, a complete clone of Flappy Bird with a new coat of paint, so utterly confusing. Releasing on the Wii U it’s arguing that the Flappy Bird formula is rich enough for the sit-down-and-big-screen-TV experience. And furthermore that the formula is worth paying real money for. 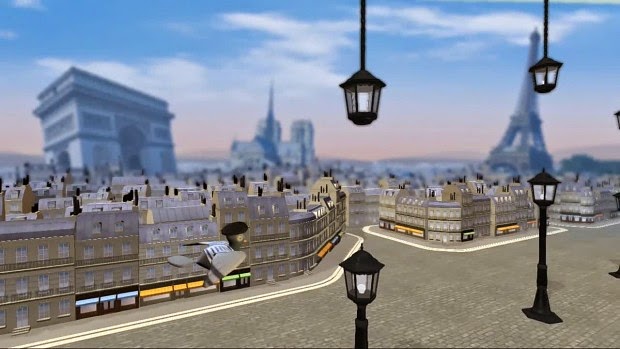 But there is no reason whatsoever to buy Frenchy Bird. And that’s a pity because the developer behind it is clearly more talented than the studios that deliberately make cynical shovelware to make a quick buck. There was actual, genuine effort put into this thing, and that’s why its so tragic that it’s impossible to recommend.
Frenchy Bird plays exactly the same way as Flappy Bird. On a 2D plane, a bird (a pigeon with a beret, in this version) needs to navigate through a series of gates that have gaps in them. Players can only control when this bird flaps his wings, and when he flaps, he elevates. The challenge is in timing the flaps just right so he moves through as many gates as possible. Eventually though you’ll mistime a flap and hit one of the gates, and that’s it. Game over. Poor birdy. Time to restart. In fact, you’ll restart a lot because the physics of these games are incredibly unforgiving, with both rapid ascent and descent meaning that you need to be incredibly accurate with timing to get the bird through the gate.
That’s the entirety of the formula, and now you should understand why it has been copied so often – a kid with Game Maker could develop a Flappy Bird with a few hours of work. What is so odd about this game is that actual effort has gone into it, unlike just about every other Flappy Bird clone out there. The background is a nice French-themed vista, and there’s a semi-3D effect about the way the game scrolls that helps to suggest a premium presentation. There’s genuine talent in the artist or artists that designed this game. There’s even a nice, gentle soundtrack that plays in the background. 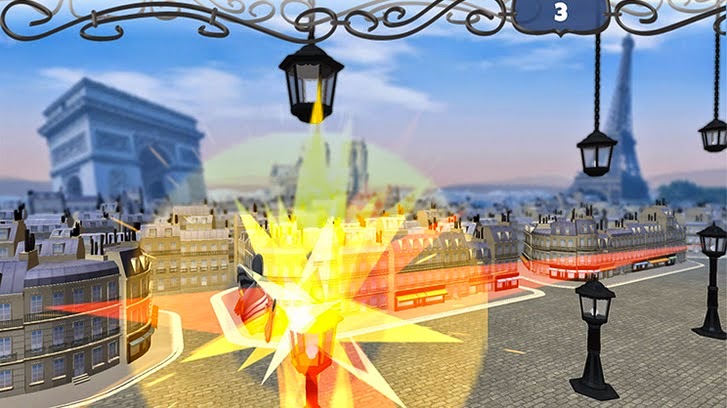 And while the developers have done absolutely nothing to try and enhance this formula, in other areas there has been effort thrown in. There’s stamps that can be unlocked and used in MiiVerse, for instance. There’s an online leaderboard, which many other Flappy Bird clones do not offer. It would have been nice to have some multiplayer options, but otherwise it’s as full-featured as you could hope for from a game like this.
But while Carbon Fire Studio has demonstrated it has real talent behind it in its first game, I find it to be a lot of effort wasted because I can’t look past the fact that this game costs money. It’s pocket change, sure, but it’s still the cost of a coffee. A coffee I could then buy and drink while playing Flappy Bird or one of its dozens of free clones on my iPhone or iPad – portable platforms that are far more appropriate for this kind of experience.

White Night is a noir horror game and it looks awesome