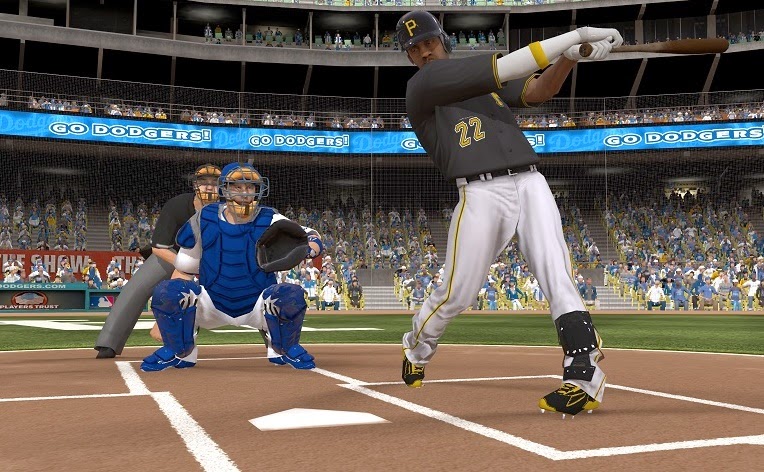 Having recently visited America, I did my best to appreciate a lot of the culture that yells “AMERICA”. And while I certainly enjoyed a lot of it (I already am a huge fan of ice hockey), the Americans certainly made baseball, an otherwise interesting twist on cricket (a sport that, despite my Aussie heritage, I find completely boring) an interesting sport to watch. Listening to the commentators helped little when trying to understand the terms they were using for pitches and various plays as I watched on, but MLB 15 The Show certainly helped in the way of giving me some insight in what all these terms mean.

MLB is a complicated beast on the PlayStation Vita, especially for such an accessible sport. There are the standard modes found in any sports title of course, such as exhibition, practice, championship, career (where you’ll control one guy striving for success at the top level) and franchise modes. There is also the Homerun Derby included for a bit of fun if home runs come easily. These are standard for the most part and are what can be expected from any in-depth sports title. Though when it comes to playing MLB on a handheld like the Vita, I question how in-depth a title like this should be.

You see, I took the game out with me when I went to order some Chinese food. I ordered four dishes and sat down, ready to start my career. My food was ready in about 20 minutes, and I had only gotten so far as to create half of my baseballer. Dirk Brickwood would have to wait. 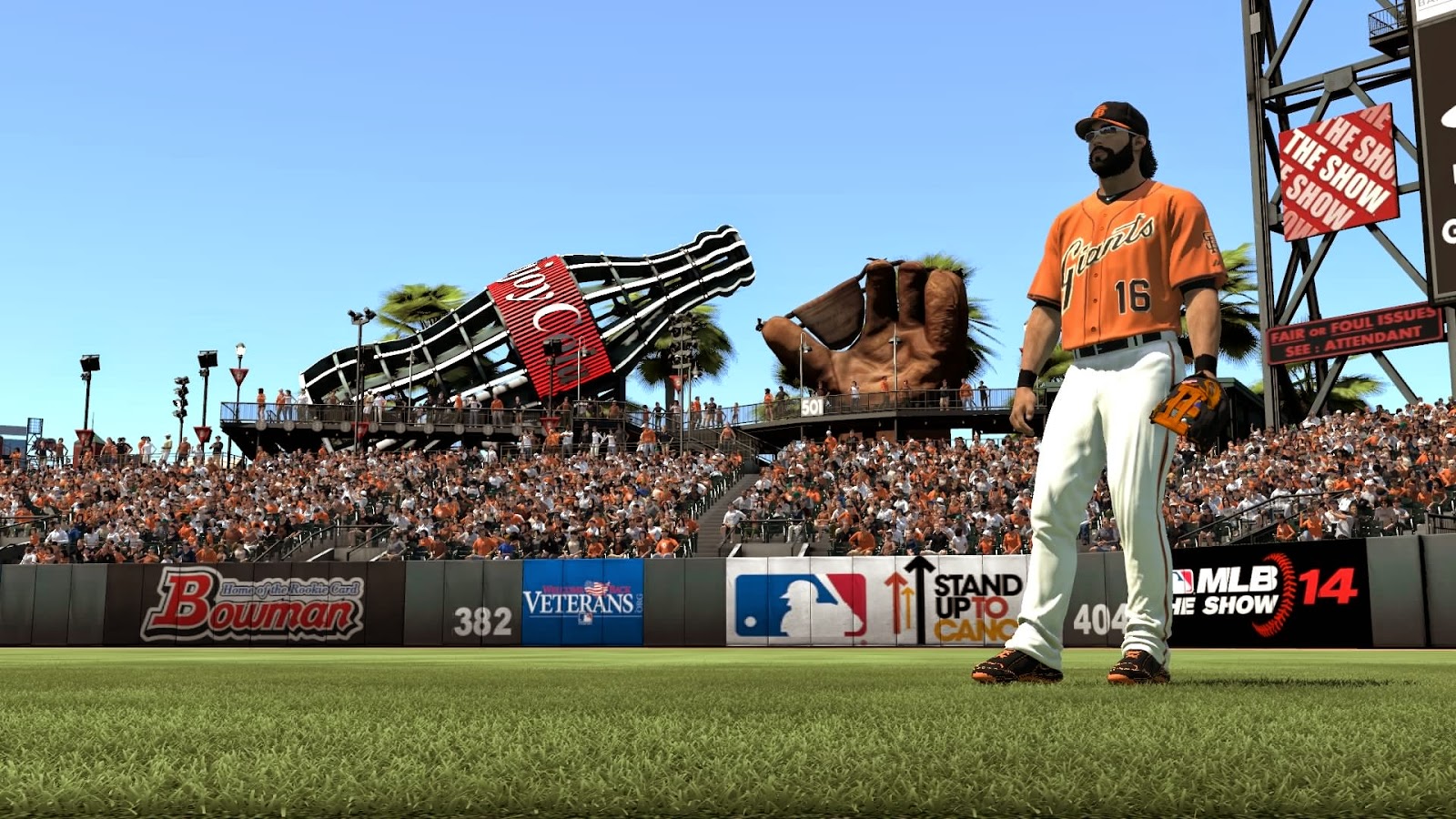 Needless to say this comes as good news to those who want to tweak just about everything about their baseballer, but I find this amount of tweaking to be something I’d enjoy more on a lounge in front of my television. This isn’t a huge problem, as exhibition still allows someone to (almost) immediately jump into a game, once they figure out their batting order, of course.

Once into the game, MLB meets similar issues to other baseball games, and that is the timing of the bat swing. The lack of depth perception, coupled with no decent camera angles to utilise makes it hard to know when to hit the ball. I’ve adopted a rhythmic style to swinging my bat, but I still have trouble perfecting my batting technique. What I find most curious about this, is that the original Baseball on the NES had an amazing camera angle that made it easy to hit the ball. Though with the variances in the pitchers throws, this angle could cause problems as well, though it would have been nice if it were an option, at least to see if it does make life easier for the batter. The batter is able to make some decision in which direction they wish to hit the ball, but this will only work if he times the swing perfectly.

On the other side of things, MLB does great justice to ensuring that the pitching matches well with what actually happens in baseball. Pitchers can select from a range of different pitches (depending on their own repertoire), making pitcher selection crucial to success. Each pitcher has their own level of accuracy too, and the pitchers that are not so accurate will throw more wild pitches. Overall, pitching comes a lot easier than batting, so until batting comes naturally, the AI always seems to have an advantage due to its ability to perform both with no real issues. 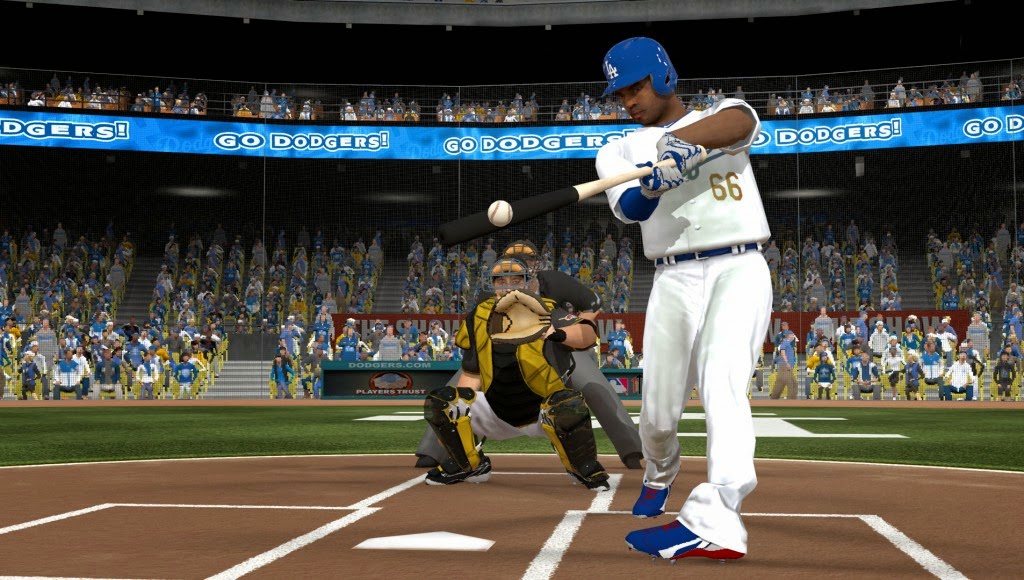 Visually, MLB is a mixed bag. The game boots up with lovely looking menus with hi-res images of baseballers, the same can’t be said of the actual in-game baseballers themselves. The animations are somewhat stiff, and the textures used on the baseballers remind me of something from an N64 wrestling game. This is a handheld that can bust out games like Uncharted, Gravity Rush and Killzone, games that look better, and honestly, do more on-screen at once than is found in a baseball match. I’m not expecting PlayStation 4 quality graphics, but there just doesn’t seem to be any obvious reasoning as to why the textures are so rough.

It also doesn’t help that fielders take forever to throw the ball to a base, taking a couple of seconds at times after the initial input to throw the ball to the appropriate teammate. And this is my overall gripe with MLB. It does baseball adequately, as a jack of all trades, master of none, or so the cliché goes.

I’m sure that the game is probably going to be fantastic on the PlayStation 4, which we will be reviewing shortly. But as a handheld game on the Vita, it feels too complicated, confused and overall not polished enough. It feels like a console game crammed into a handheld that can’t handle the pace, and being that this is now the fourth entry into the MLB series on the Vita, I don’t see this changing any time soon, unfortunately.

The Friday Ten: Ten fine PlayStation Minis for your consideration