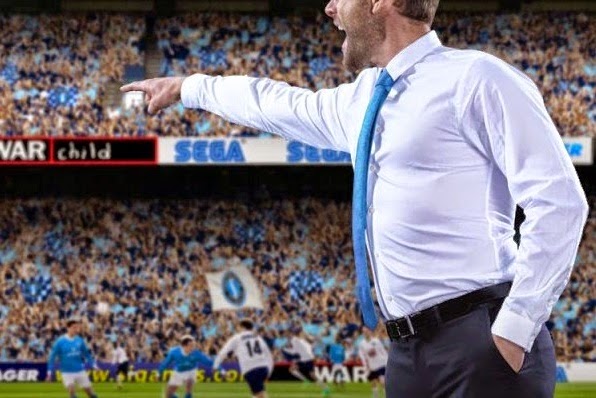 People often criticise the annual updates for sports franchises. “Why buy FIFA each year?!?” they proclaim with the righteousness that so characterises ‘gamer’ community, suggesting that their taste in games makes it apparently impossible to comprehend that other people might in fact have their own reasons to enjoying – and buying – games. “They only ever update the rosters!”

Well, if there’s any sports game where the roster update is the best reason to buy into it, it’s the Football Manager franchise. After all, the whole point of these games is being able to manage your favourite football team, and having the right players and conditions that the team exists within is the major draw card.

So Football Manager Classic 2015 updates all the rosters across dozens of different leagues across the world. If you follow the second division of the Indonesian football league, then yes, you can manage a team there. Or, if you like playing with the big dollars, the English Premier League and Manchester United (or, better yet, Crystal Palace) awaits. There are some strong football leagues that are notably absent (such as the J-League from Japan), but it’s hard to argue that Football Manager Classic 2015 doesn’t have an enormously deep, rich set of spreadsheets to play with, or that most football fans will find something to enjoy in there. 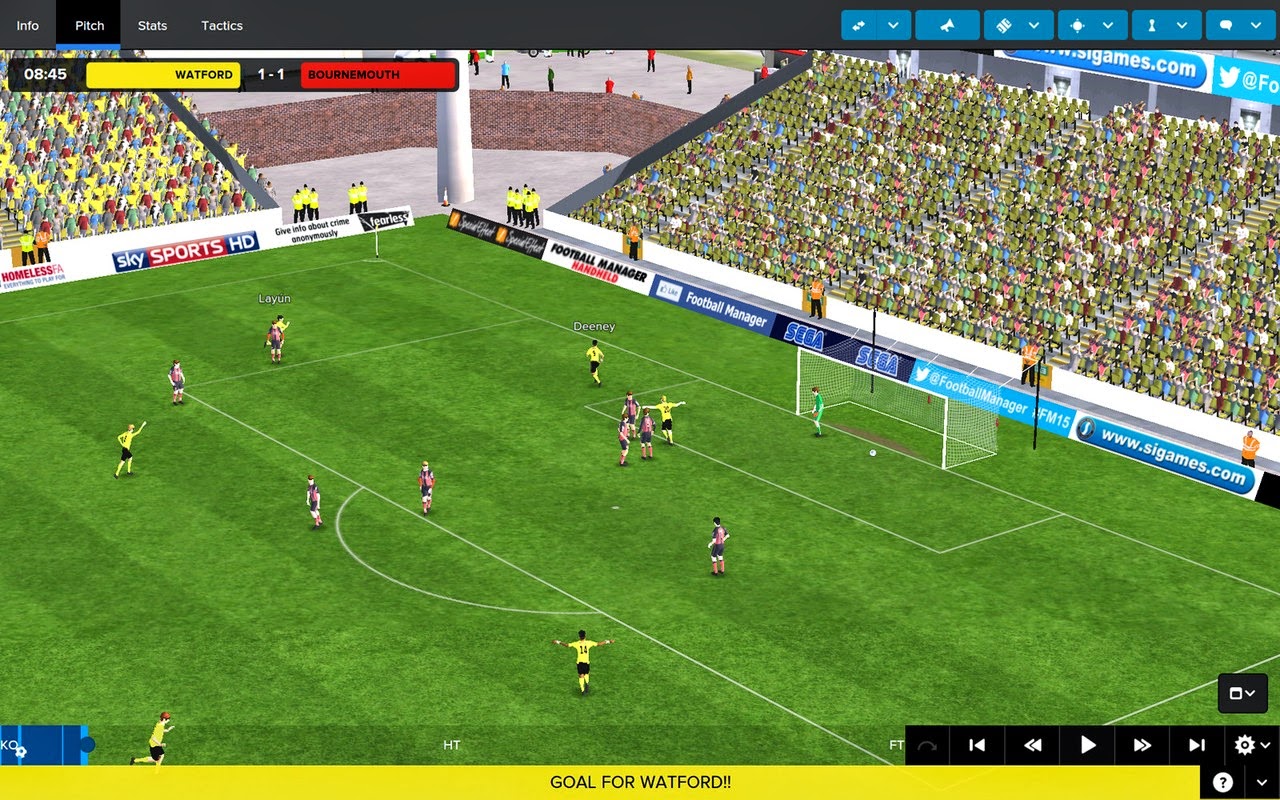 Setting up takes a while as the game engine does need to generate the spreadsheets of data to let you take control of your favourite team or teams. Once you get going, the initial experience will be overwhelming. Even if you’ve played previous Football Manager games, the development team has taken the time to update the interface, and so at first you’ll be floundering around trying to figure out what all the menus do, how to start working on team transfers, and how to build the ideal team to take to the field. Once you’ve figured it out, then the management options are beyond comprehensive and the game accurately recreates what it must be like to manage players, trainers, a club’s finances, and its on-field performance, but it takes a real appetite to learn to get going.

There is no way to take direct control over players in matches, but you still have plenty of control. You can issue commands on the fly, dictating substitutions, field positions, and the team tactics. If your team has been well trained, and the players are well balanced and kept healthy, then your team will perform well. If not, then Football Manner Classic 2015 is utterly merciless. I have a bit of experience in this franchise now, and I figured I’d start out by taking on a loser team from Indonesia’s second division. Within my first couple of weeks I was facing a rout as dissatisfied players at the end of their contracts went looking for new teams. I gave up and slipped back into the comfortable command of Crystal Palace, which I charter to EPL glory quite well now, after many iterations of experience.

Football Manger games are never easy, but they’re entirely fair. Success or failure depends entirely on your skills as a manager, and there isn’t really any “AI” at play. Crunching along in the background is an insane range of statistics and permutations, and your decisions will directly affect the odds of good things happening. There is never enough resources to build quite the dream team that you’re looking for, and that will prevent any career becoming too “easy,” but you’ll be set goals each season that will change depending on your team’s position. It might be simply to avoid coming last. Or it might be to win the EPL. Achieving those goals will be enough to say you’ve achieved something meaningful, and because seasons are quite long and take a while (and thousands of decisions) to complete, there’s a certain satisfaction that comes from completing a season and meeting the achievement. It’s like completing a major work report. Which sounds dull, I know, but there is a certain appeal of crunching numbers to make the most of a weak team, or develop a strong team to a position as a global powerhouse. 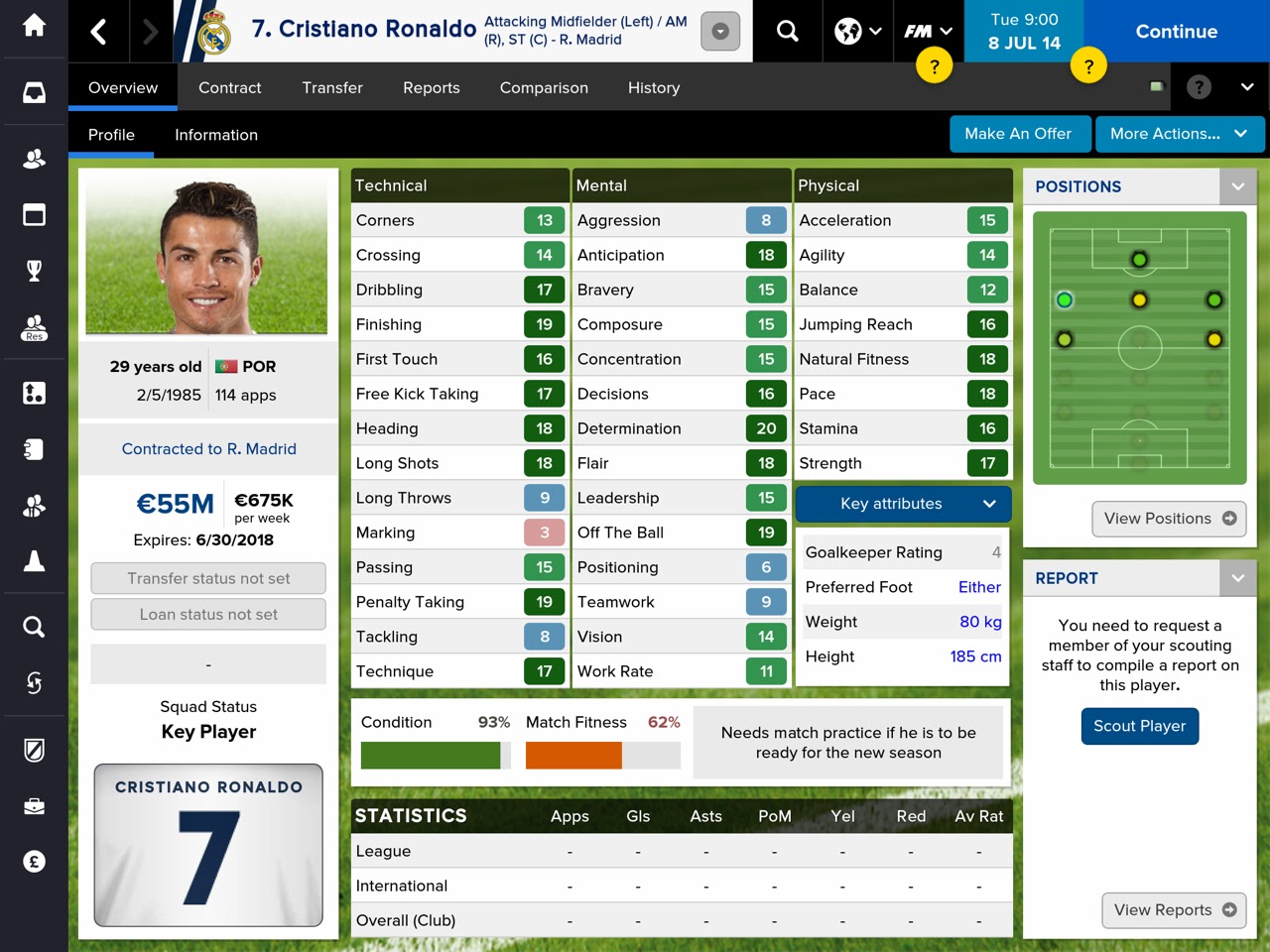 Spreadsheets are typically ugly, but Football Manager Classic 2015 presents them with such a pleasing interface that I wish Microsoft would acquire the developer to fix up Excel’s ugly boxes. For the first time of the Football Manager franchise on the iPad, there is full 3D matches to watch as well. It’s not a stunning 3D engine, but it’s better than the moving dots on a map of a field that were in previous games, and there are some intense moments – such as hoping your team can hang on to a 1-0 lead for 20 minutes to beat a much higher ranked team. Not being able to control the matches directly can make these truly nail-biting affairs.

Related reading: This game is not to be mistake for Football Manager 2015. You can check our review for that one here.

Football Manager games are as niche as games get. They’re sports games where you won’t be playing any sport. They’re strategy games where you’ll never conflict directly with any other player. They’re intense, but lack action. Football Manager Classic is an incremental improvement on the previous games in the series on the iPad, but between those improvements and the updated roster, people who belong to its niche will find this absolutely essential stuff.

The Friday Ten: Ten fine PlayStation Minis for your consideration