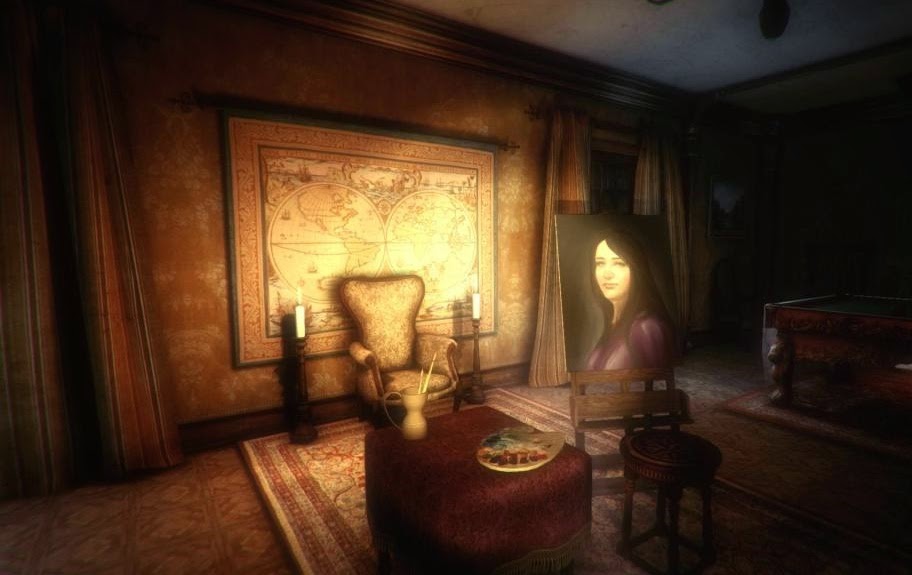 I’m not normally the one to jump the gun at trying out a horror game, or anything that could potentially provide jump scares or even just suspense. Yet, here I found myself playing a game that could realise all these fears at once. From the moment that I stepped into House of Caravan, I was met with the atmosphere of a horror game and I thought to myself “here we go again”. But then my concerns were left unfounded. Yes, there was a creepy setting, but it was nothing untoward and I discovered that House of Caravan was first and foremost a puzzle game.

The game opens up by detailing the story through a series of 2D artworks. The scene plays out as you play as a young boy who was kidnapped in the night and taken to this strange house. All he wants to do is get home to his mother, and quite frankly I would too. You are given a few basic commands to begin the game and if you’re playing along, I cannot stress this enough, look at the key bindings and what your character can do, because this will come in handy later. And then the puzzles begin, and will have you searching through every nook and cranny you can to find the key to open the first door.

From there you begin wandering through the Caravan family house, which is well designed. The house is decorated with family portraits giving it that old time feel as if the Caravan’s were still living there, along with the old style of furniture, decorations and candle lighting. Along the way you discover letters written by important people in the Caravan’s life, and from there you begin to piece together the story. All of the letters are the words of a different character almost every time and the voice acting in this game is really well done, and keeps you locked into that early 1900’s time period. 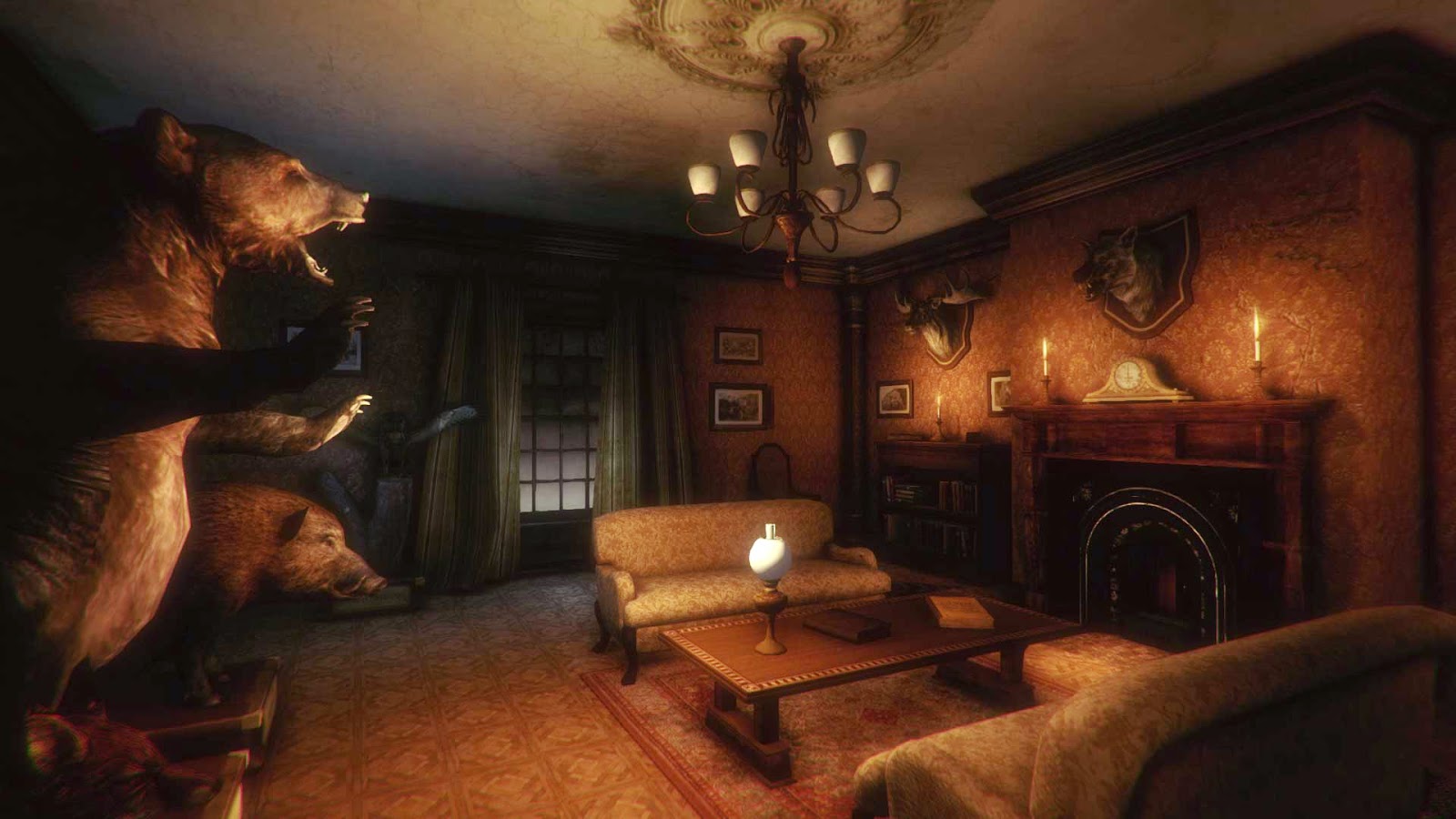 But before you can find these letters you will have to do a fair bit of searching throughout the house. In the beginning there are very few open rooms and these are the ones you have to be paying attention to. Searching for letters and items is only the beginning of the puzzle, so I strongly urge all of you to not rush and take your time. I cannot count the number of times I managed to miss a drawer or forget to open a door and ended up missing the critical object I was so desperately seeking. I think the main reason for me doing this was the eerie music playing in the background and the only other noise I was hearing was the sound of opening and closing draws, making me feel like I was under more pressure than I should have been.

So the game settles into a rhythm quickly enough. Step one is to find a specific item you need to work on a puzzle. Step two is to find the puzzle, and step three is to solve it. This is where the game lets itself down a notch. Considering there were not too many puzzles included in the game I was expecting the complexity of them to be a bit harder then what they actually were. Most if not all the puzzles can be solved without too much hassle and in some cases I found it more difficult actually searching for the items I needed rather than completing the puzzle itself.

Worse is the repetition. Not only were there very few puzzles but some of them were repeated with a slightly more complex version of the same puzzle. The overall experience could have been improved by including some different types of puzzles or by having more interaction with the items dropped in the open world. House of Caravan delivers just over an hour of fun, or a bit longer if you struggle to find things like I did. Its intriguing story and 1900’s atmosphere keeps you engaged long enough to be able to feel accomplished once you finish the game, however, its puzzles never reach their full potential.