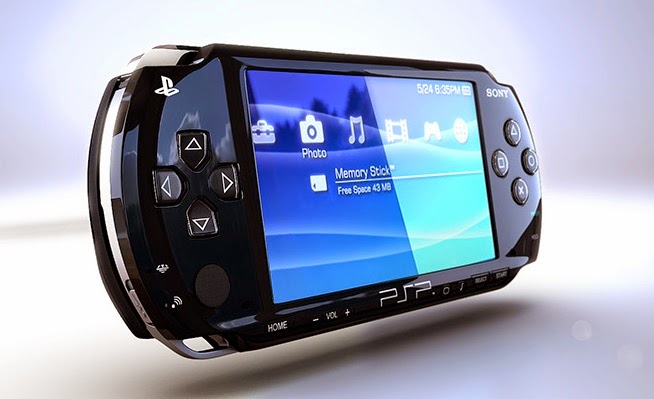 When it was released in 2004, the PlayStation Portable was the new shining toy for the cool dude. The first handheld in the PlayStation line of gaming consoles by Sony, the PSP, just like its console siblings, has had a healthy run and a surprisingly balanced library. There was something for everyone here, and the ones who benefited the most in the handheld’s stagnating years were the casual gamers.

Introduced somewhere around 2009 and ultimately dying out 2012, the small and accessible Minis gave the PSP a boost in small, downloadable games that allowed it to compete on some level with the rise of smartphones – before the console and respective games were retired for good. Quality varied wildly, but these ten are the cream of the crop, and each one of them is an absolute must-play.

So, without further ado, let’s get straight to it:

Most Minis one way or another pay homage to retro games… and none does it better than Dracula – Undead Awakening. The absolute greatest PSP Mini in existence, this game can be summed up as Smash T.V. with a gothic makeover. A top-down multi-directional shooter with solid controls and some of the meanest artwork ever to grace the small screen, you control a supernatural bounty hunter fending off against an endless horde of mythical beasts, like vampires, werewolves and mutants. 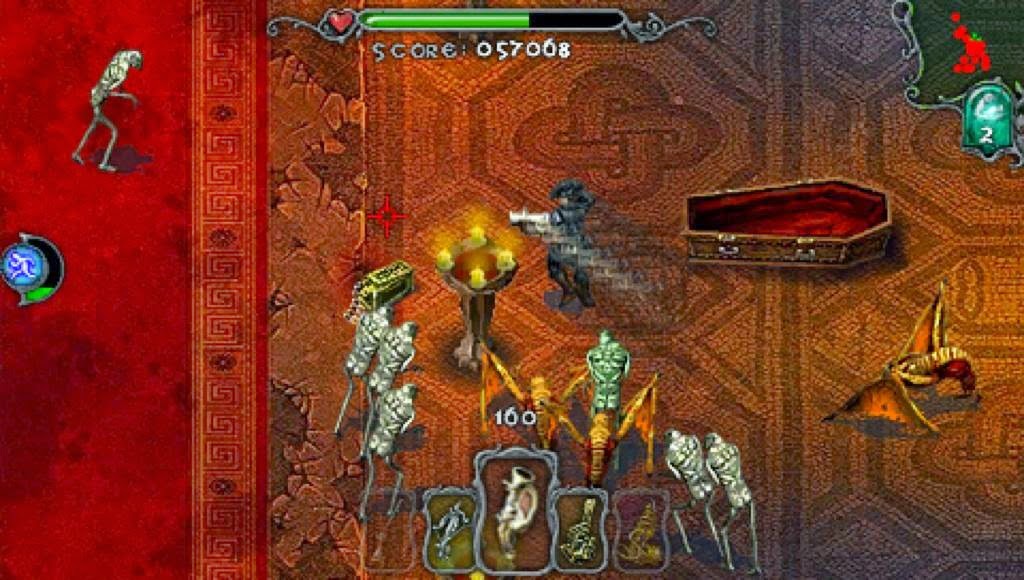 A Space Shooter for Two Bucks

If you can get past the cover (perhaps the worst of all time) and the goofy sounding title, you will find plenty to love in this vertically scrolling shooter. Designed specifically for SHMUP fans, Space Shooter has all the landmarks of a scrolling shooter: satisfying shooting controls, nicely executed production, and a slightly muddled story that no-one cares about. In what can be described as astonishing, this game also has excellent, A-level voice-acting. If you’re waiting for the punchline, there is none; I’m being dead serious here. This rare occurrence in itself should be more than reason enough to warranty at least one completed play though of A Space Shooter for Two Bucks. I can guarantee you won’t be disappointed. 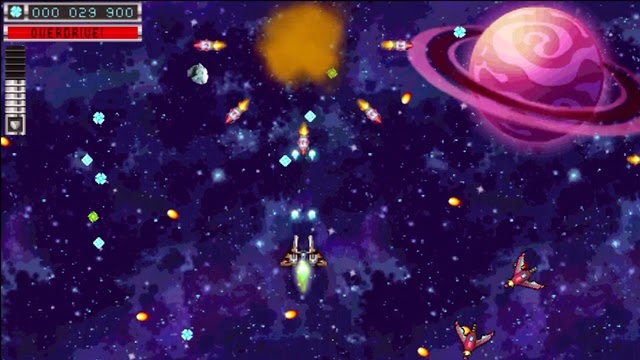 I tend to avoid hidden object games like the plague, but made an exception for this little unexpected surprise. A stunning production and gorgeous visuals that may go amiss by the veterans of the genre, to the others this game will be like a diamond in the rough. Sure, there are tons of other pretty-looking games available, but as far as Minis are concerned, Jack the Ripper looks just brilliant. In addition to the puzzles and hidden object hunting, the writing is pretty good and the whole package is nothing short of engaging and interesting. 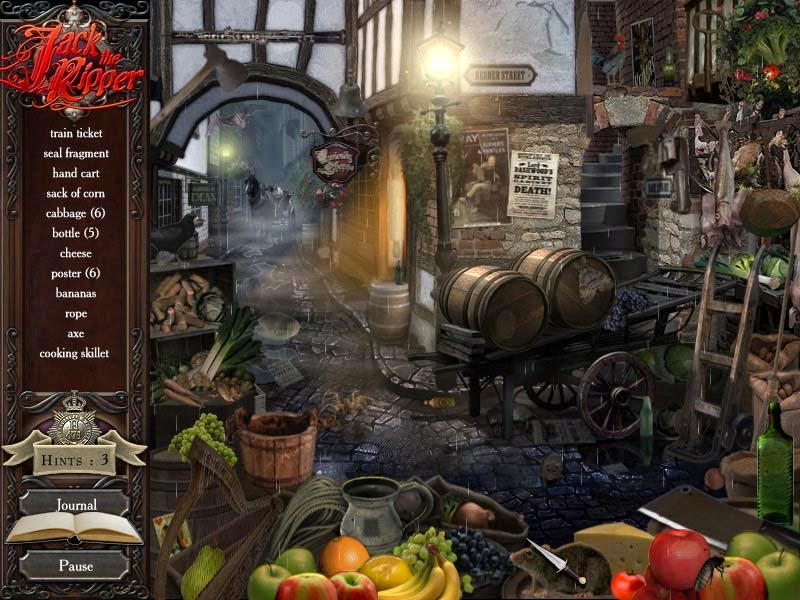 One of the better examples of the endless runner, Jetpack Joyride was a fan favorite on the Android and iOS, and translates well to the handheld and holds up against the phone versions. As the kind of little game you’d want to have sitting on your phone to kill some time, this is the perfect title to have on your PSP. 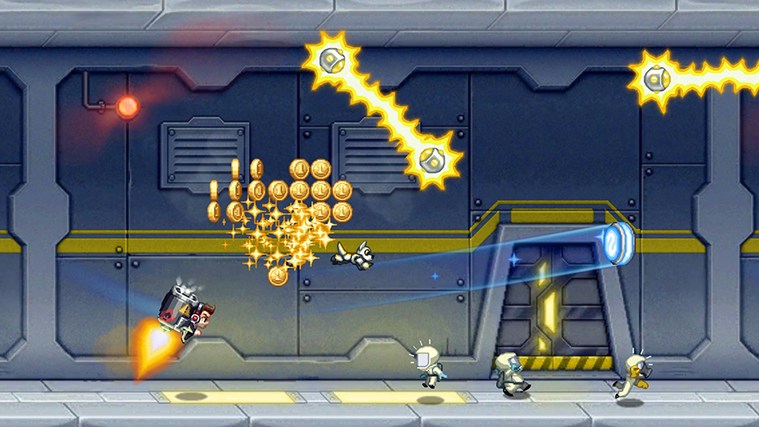 I’ve finished the game twice and still don’t know why the designer of the game, Anthony Flack, chose to name his scrolling shooter after one of the world’s weirdest animals. Platypus utilises an artwork style called Claymation, which gives the game its distinct look and makes it stand out amongst most of its contemporaries. This game is short, endlessly fun and full of creative imagination that will leave you pleased. 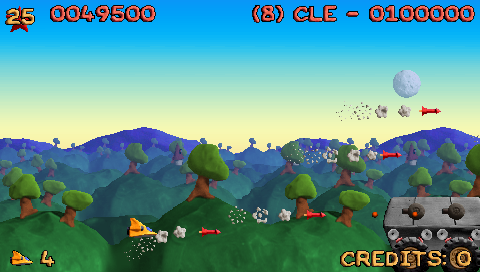 In this puzzle game, you control a polar bear called Polar. A sort of mix between Sokoban and sliding puzzle, you guide Polar through one end of the screen to the other, activating buttons that trigger special actions, melting ice blocks, and moving obstacles. Though it utilises a rather dated puzzle concept, it has enough variety and brain-tickling to keep your amused for long minutes on end. 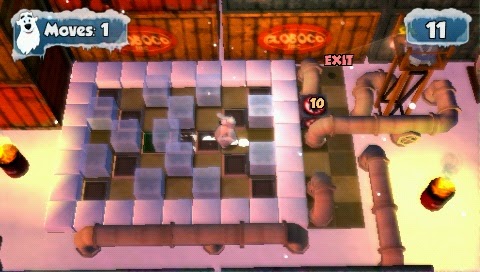 It’s no secret a funny game can be spotted by its title – and Who’s That Flying?! thankfully delivers whatever humorous connotations you might link to it. Yet another scrolling shooter, you control a flying superhero, wrongfully accused of being a villain, setting out to prove that he’s in fact the good guy. This game has wonderful, colourful artwork, some really funny writing and one pleasing production to make you a fan. 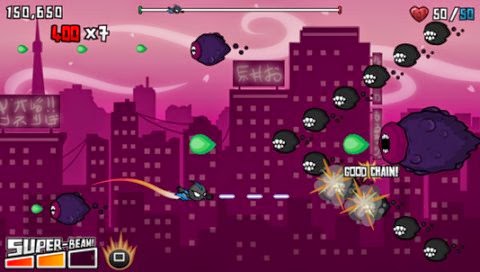 Vempire is one of those games that takes a popular genre and adds a few innovative ideas of its own. That’s not to say this game is terribly innovative or unique… but it’s no run of the mill tile-matching grind either. By putting in a cute little story that would not feel out of place in a Disney production, Vempire is a fun little game for everyone, but it will be fans of Dr. Robotnik’s Mean Bean Machine from the days of Sega Genesis that will find the most to enjoy about this game. 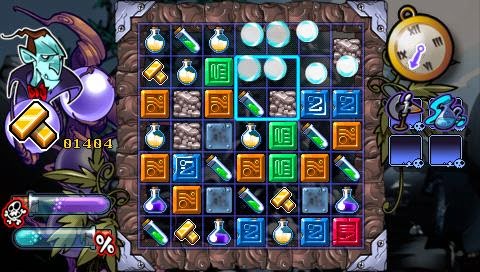 Nothing tickles my OCD like a good tower defense game. Watching my well-placed defenses take out the synchronized heavy incoming offense is truly addictive stuff. This game is all that you have come to expect from a standard tower defense title: you have your seemingly endless waves of enemy troops and vehicles, an infinite supply of suppressing firepower and upgrades, and one addictive gameplay that makes you whisper to yourself “just one more level, just one more”. If compared to the likes of Defense Grid: The Awakening or Desktop Tower Defense, Fieldrunners, especially on the PSP, may sound like a big joke – but take the game to a side, put good hours into it and you have one beautifully executed game. 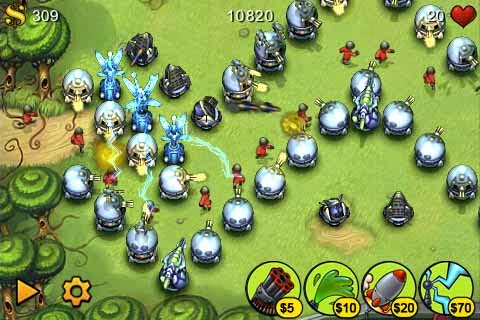 Where Dungeon Keeper let you play as the villain and Anomaly 2 reversed the role of tower defense to the so-called “tower offense”, Wackyland’s Boss turns the scrolling shooter script upside down and lets you play as the boss. Let me repeat that: in this game, you play from the perspective of the evil that you would, in a normal game, encounter at the end of each level. That’s right, Wackyland’s Boss takes a decidedly simple concept, turns it around on its head and presents something that is refreshingly new yet rooted in familiarity at the same time. 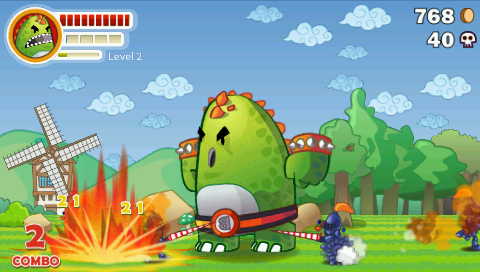