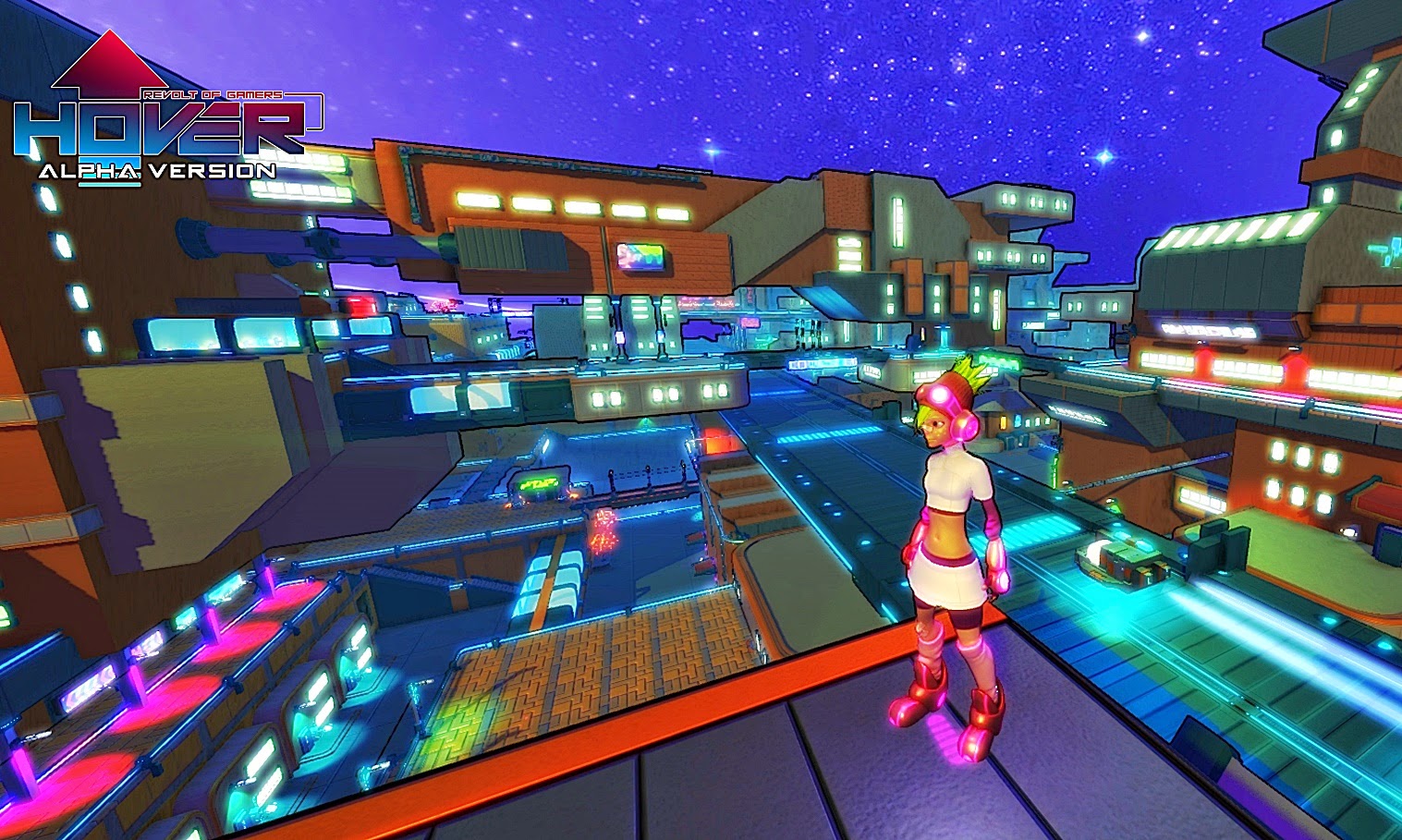 Often in my dreams, I find myself running at high speeds and jumping impossible heights. Always from a first-person perspective, these so-called “free running” dreams of mine always leave me with this adrenaline rush that continues to flow throughout my body even long hours after I’ve woken up.

Needless to say, I’ve grown to become quite addicted to these types of dreams, and always wish before sleeping that I get another one. Since I’m hardly athletic in my waking hours, and cannot seem to run 50 feet without wheezing like an old man, naturally I turned to first-person video games to get the shot of my strange fantasy. The excellent Mirror’s Edge only gave me so much. It lacked verticality and that extra oomph to make it as chaotic as my dreams. Dejobaan Games’ A Reckless Disregard for Gravity came close to making me happy, but it is Midgar Studios’ Hover : Revolt of Gamers that is literally a dream come true. I simply cannot stress how relieved and over-joyed I’m that this game exists – even if it is still only an Early Access game. My jubilant reception to this game is matched perhaps only by the million screaming fans at an One Direction concert.

A first-person perspective crazy running game, Hover takes place in a futuristic Neo Tokyo world filled with bright colors and funky music. The cyberpunk aesthetics, crisp, colorful, gorgeous visuals and clean neon lights all come together to make Hover one of the vibrant-looking games I’ve ever seen. While it is understandably easy to dismiss this potpourri of generic elements as cliche and lazily compare it negatively to the likes of Jet Set Grind Radio or any other colorful game of your preferance, none of them have the engrossing, almost-tranquilizing immersion that Hover so effectively and seamlessly injects. It is, simply put, a dream come true – and this is no flagrant use of a repeated statement either. Once you’ve put good minutes into this game, you will undoubtedly be thinking the same.

All this running in crazy angles and somersaulting from insane heights would fall flat and repetitive, however, if a story or objective weren’t present. Hover indeed has a story, but so far it has proven to be nondescript, and its “missions” are more of a curse than a blessing. You see, any time you start a mission (by way of approaching a character and holding the left mouse button), the game suddenly becomes linear and practically forbids you to stray off path or take shortcuts. You can approach the checkpoint from any direction you wish, but because you must clear them within a specific time frame, the prospect to take an alternate path suddenly becomes very unappealing. Even less so when you run out of time and have to repeat the drill all over again. While a good argument can be raised in the favour that certain missions take you to new places, my counter-argument is you could have just as easily found them out on your own… in whatever crazy cool way you wish. And that would have been preferable.

The city of Hover is meticulously designed to be a parkour-haven first, habitable dwelling second… and it shows. The scope and size of the city is indeed overwhelming, but I’ve become too jaded by large games to go wide-eyed over these things. When jumping and running is all you’ve got to do (at-least until the finished game hits the market; the currently inaccessible areas in this Alpha version hint at something much more exciting and diverse), then it doesn’t matter whether the game world is as big as Oblivion or small as Mega-Lo-Mania; as long as it has sweet drops. The mechanics are spot on and the controls are very responsive and robust. The wall-running mechanic is a bit off, but nothing too cumbersome, and I hope this gets rectified in the finished product. Pressing “R” rewinds your movement, and the longer you hold it the more it backtracks (there’s no limit to how far back you want to go). This comes in handy when you mess a jump or end up in the wrong place. However, this mechanic is still far from perfect and I would love to see it fine-tuned into something more responsive. 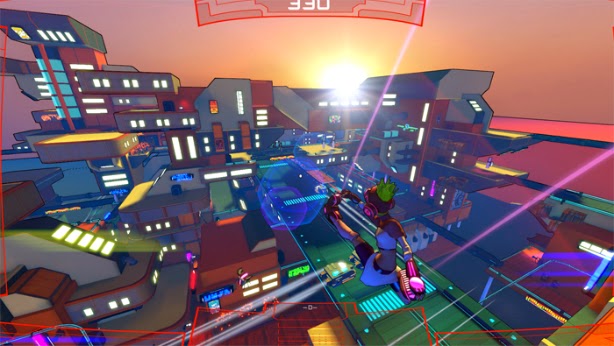 Hover : Revolt of Gamers is an easy recommend for everyone out there. While it may not come off as revolutionary, it is satisfying, and to a degree addictive in what it delivers. It has all the goods and very few faults, all of which are fixable as the game approaches its proper release.