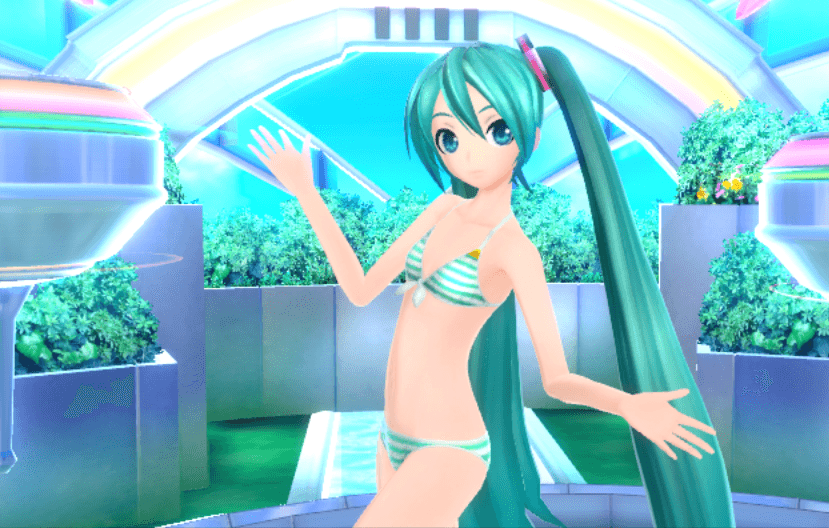 SEGA’s kept us waiting. Way back at the release of Hastune Miku: Project Diva f 2nd the company promised that as part of its extensive DLC plans there would be swimwear for all the characters. Now, with the latest batch of upcoming DLC, that promise is finally being followed through.

But first, some new music. Available for download right now is When First Love Ends, and Marginal. You can see those songs in action in the video clips below, to see if they’re for you. There’s also a couple of new costumes for our main girl; Powder, and Ha2une Miku.

To the best of my knowledge there isn’t much DLC left after that that has been released in Japan (where the content is no longer flowing), but if we are getting towards the end, Miku’s going out with an alrighty hurrah (and we have the 3DS Miku to look forward to soon enough anyway).