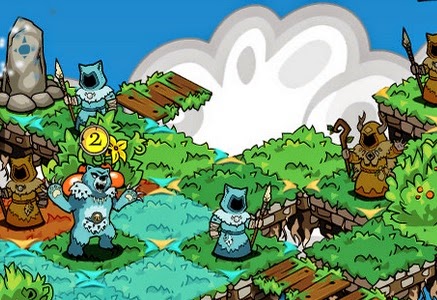 I’ve never really thought of Druids as peace loving forest dwellers due to the sheer amount of Dungeons & Dragons that I’ve played. Druids harness the forces of nature to deadly effect in order to defend themselves, their groves, and the sanctuaries of the animals that they have oaths to protect. A Druid’s Duel follows this philosophy towards conservation as different factions of druids rip one another apart to dominate the land around them.

A Druid’s Duel is a turn based strategy game in which players guide their faction through various stages to claim the surrounding land as their own through any means necessary. They battle to the death using both martial weapons or animal forms, and though that sounds grisly, the aesthetics are cute enough to blunt the violence of the action while still managing to keep the intensity going strong.

Strategy is key when moving your druids across the battlefields. Anyone who has played tactics RPGs such as the Fire Emblem or Disgaea series will find the format immediately familiar, but these druids have a somewhat different way of doing things, as the mechanics also reward controlling large amounts of land. For every square that your faction controls, a certain quantity of mana will be generated every turn. This mana cannot be banked and must be used in that turn or lost, which encourages players to keep the aggression levels high, in order to access more resources on each one of their turns. It’s also difficult to simply bunker down and hold territory because, outside of a few particular characters, each unit, regardless of type, can be destroyed in one hit. 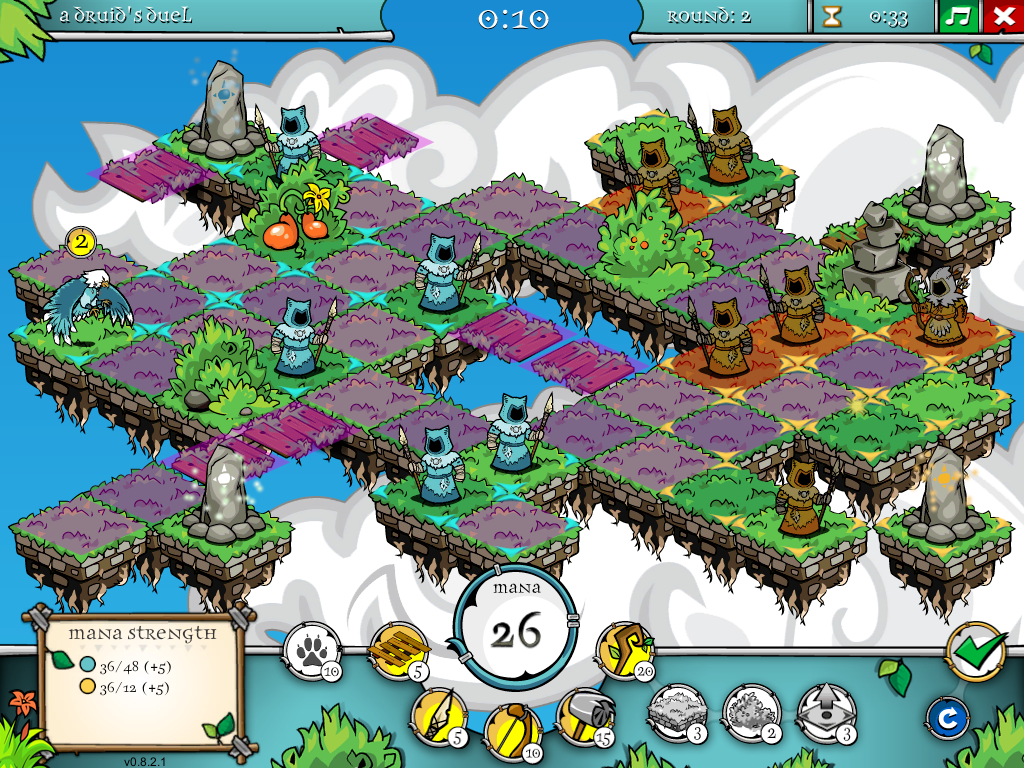 Each druid type has their pros and cons both in their human and in their beast forms. The starting spearmen, for example, costs the least amount of mana to summon, but can be one of the greatest assets in the race to claim territory to build up your mana pool, because they are cheap, and you can build loads of them. This mobility is helped by their ability to transform themselves into wolves that can move a total of four spaces per turn. There are eight different units in the game, but they are housed within four character types, and choosing the right form for each character to take at a given time is an interesting strategic challenge in itself.

Aside from the spearmen, the other units are archers, which turn into owls and can swoop down on any other unit on the map granting them some of the most offensive versatility; two handed bruisers that change into bears that can move and attack simultaneously; and finally the magic users, which can remove the ground from under another unit’s feet, place obstacles, and steal other squares for your own faction while also being able to turn themselves into turtles, making them invulnerable.

There are no time limits set to take your turn, and that’s just as well given that, like chess, players are really recommended to take their time and think about what they’re doing. In addition to the units, there are some additional strategic options to players to enhance the tactics further. For instance, wooden bridges may be built in order to create shortcuts at strategic points, and, as they cannot be destroyed by magic means they then offer safe harbour for units moving across them. Of course, whatever you can do, so too can the opposing faction(s). 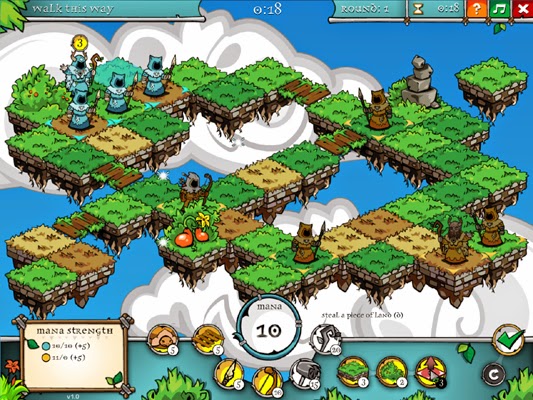