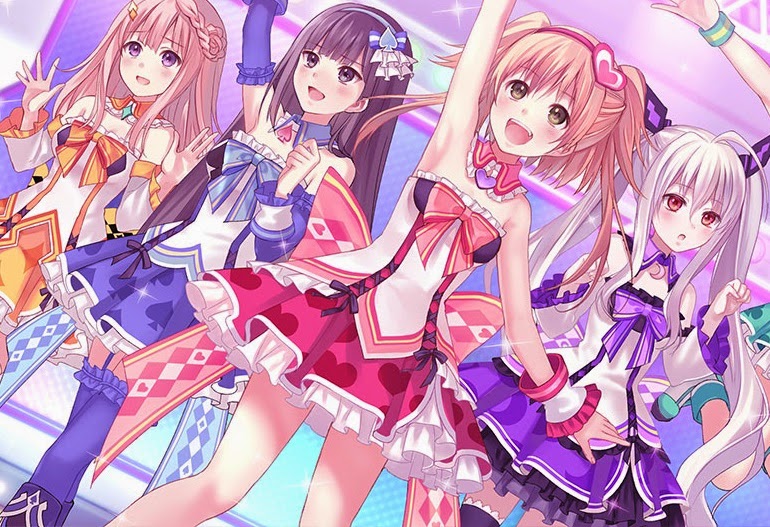 Compile Heart is coming to the PlayStation 4 with Omega Quintet, and it’s a game that could only be described as “a Compile Heart game.”

The summary, as outlined in the press release:

Power of music! Harness the power of song to defeat evil! Every fight is a performance, and you’ve gotta give the audience what they want! By entering “Concert Mode” you’ll get boosts from your music, as well as be able to fill up your Voltage Gauge faster to perform special skills.

Break a…garter? It may be the end of the world, but you’ve also got idols on your hand and they must always be ready to perform! You’ll be able to customize their outfits, accessories, hair, and more! Be careful, though, because sustaining hits from the enemies can cause a “Costume Break”, which will compromise their outfits and leave them vulnerable to more damage! 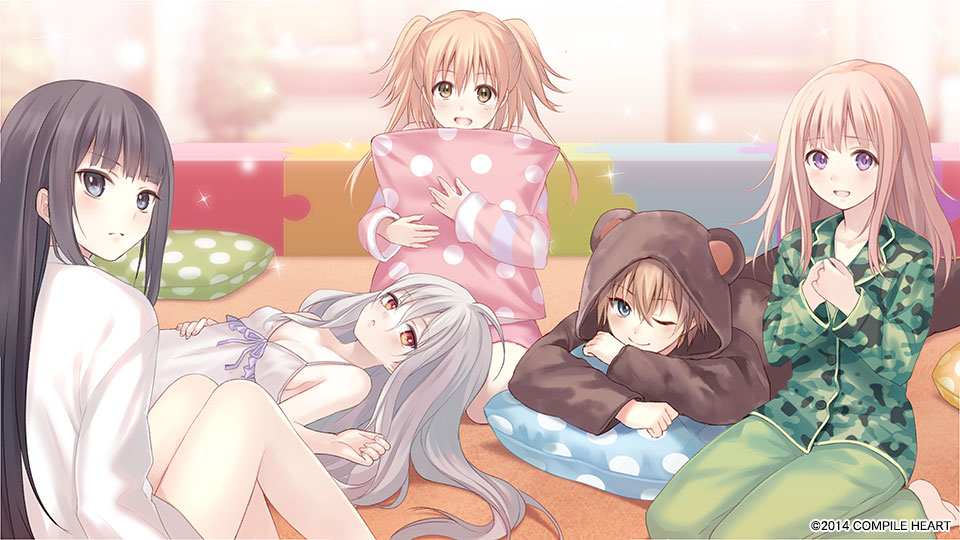 Lethal harmonies! An idol group combines their talents to create beautiful harmonies, and with the “Harmonics” system, you can sing your enemies right into their graves! Create deadly super chains of attacks, utilizing each idol’s skill in the right order to keep the pain coming – it’ll be music to your ears!

Dance or die! Create performances for your idols and share them with the PlayStation®4 Share function! You can build each routine, move by move, and even use the PlayStation®4 Camera to project yourself into the performance, as well as the Move controller to add special effects! The better your shows, the more moves you’ll be able to pass onto your idols!

As I said, it’s a Compile Heart game in every sense of the word. You’ve got loads of fan service, loads of pretty girls, and a unique series of mechanics that are wonderfully oddball.

And based on these trailers it looks like it will have Compile Heart’s sense of humour and satire, too. The idol culture in Japan is a controversial one, and has drawn plenty of criticism over the years for what many perceive to be exploitative business practices. If there’s one thing Compile Heart has traditionally nailed, it’s its satire of controversial cultural and social tropes.

This game releases April 28 in America, and May 1 in Europe. With games like this and Final Fantasy Type-0, it’s good to see real JRPG momentum landing on the PlayStation 4.

As we wait for the release, Idea Factory has released two trailers that show off the combat and some of the questions. Enjoy!

A couple of important updates regarding Atelier Shallie and Dead or Alive 5: Last Round