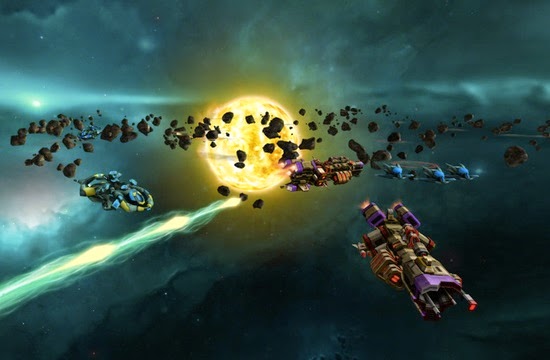 Sid Meier’s Starships is so poor it actually physically hurts me. That a man that has been so foundational to the strategy genre would lend his name to nonsense like this is nothing short of depressing.

I am of course talking about Sid Meier, who was responsible for the Civilization franchise. Back before Europa Universalis was a thing, the Civilization series was the kind of game that armchair generals with dreams of world domination would glue themselves to for weeks at a time. But then Europa Universalis happened and Civilization’s direction started to veer towards something with a more universal appeal. Throw in Total War’s development as a RTS with grand strategy ambitions of its own, and Meier is no longer sitting on a pedestal by himself. If he keeps producing games like Starships he’ll find himself quickly forgotten.

He’s stuck his name on a couple of projects that have real value in recent years – Civilization Revolution was a clever “quick play” take on his main franchise, and games like Ace Patrol, while tactical rather than strategic in nature, show a creativity with the mechanics that manage to offer something fresh and worthy. But Starships has no depth to it whatsoever. 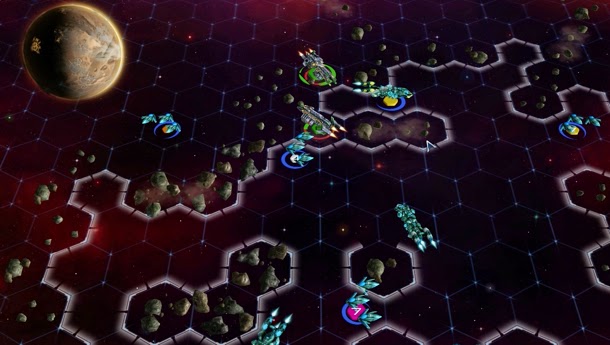 From there you’ll settle into the game’s rhythm, where you’ll fly your fleet to an unexplored planet and attempt to complete an objective there. These missions behave like simple tactical battles where you’ll take turns with an AI opponent to command your fleet about the place and take shots at your opponents. There’s a couple of tricks to take into account with these battles, such as using facing to deflect attacks (shields are at their strongest at the front), and hiding behind asteroids. And you’ll need to have some spacial awareness as torpedoes only fire in a straight direction, so you’ll need to be able to herd enemies into their paths in order to take them down with your most powerful weapons. These tactical encounters are the highlight of the Starships experience but they’re still obscenely simple affairs and the AI is incredibly easy to exploit. Ramping up the difficulty makes the battles more challenging, but more because the ships become obscenely powerful, rather than being strategically deep conflicts.

Winning one of these battles grants influence over the planet (one to four points of influence, depending on the difficulty of the mission). Getting the influence rating all the way to four points will convince the planet to join your empire, and commit all of its resources to your cause. Each resource has one purpose, be that to build cities (that provide more resources), upgrade science (which improves the technology that your ships have access to), build up the cities on the planets (which also provides more resources), and directly upgrade the ships in the fleet for better armour, shields, and weaponry. A fifth resource – credits – can be used to buy up additional resources to help make the big purchases. 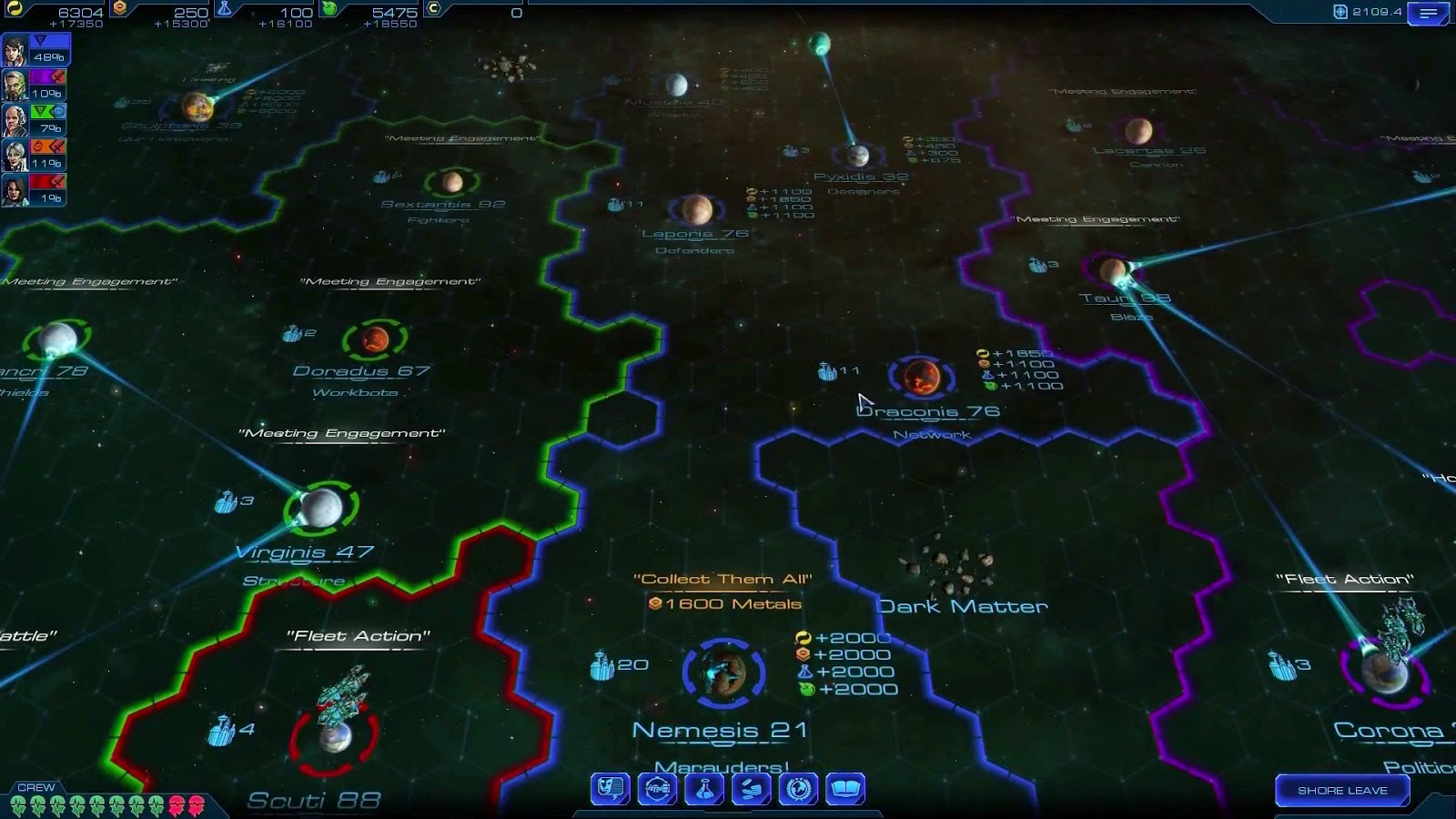 I have a real problem with this system, as it does very little to facilitate real decision making by players. The best strategy games will offer one or two centralised pools of resources, which need to be used to choose from a range of different purchases. That way players need to be strategic about the development projects they undertake. Fancy that – a strategy game requiring strategy!

Equally irritating to me is the fact that you can only have one fleet of ships in play at a time. That’s right – there’s no way to split your fleet of ships into multiple sections and send them off to complete different sets of objectives. There’s just the one fleet, and it has to do everything. There is some strategy involved in this decision – after all, how can you manage a huge empire with the limited mobility of one set of ships? But the system ends up feeling limited and simplistic in execution because the amount of control you have on your forces is incredibly limited.

Starships isn’t an easy game, outside of the tactical battles, and the AI opponents go about completing their objectives with a ruthless efficiency. From the numerous games I’ve played through they tend to be more passive and interested in victory through development, rather than empire expansion, but attacking one is a recipe for disaster. It’s a plastic, mechanical kind of difficulty though, with the AI simply crunching the right numbers towards victory with precision. Coupled with the embarrassingly cheap diplomacy system, there’s very little social game to speak of – Starships is as cold as space itself. 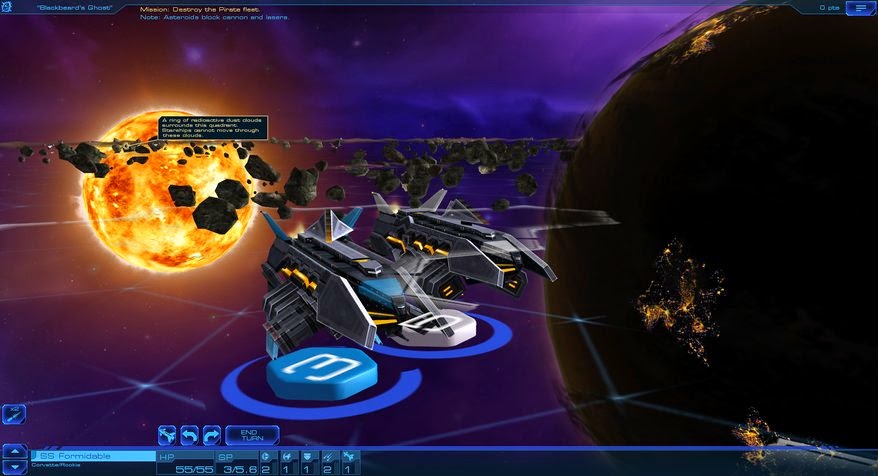 There is nothing inspiring about Starships. It’s an insipid and undercooked strategy game that seems so desperate to appeal to a broad audience that it seems to lost sight of the fact that strategy games are best when they involve some kind of strategy. It’s pretty, sure, but it’s hard to think of a game more vapid than this one.