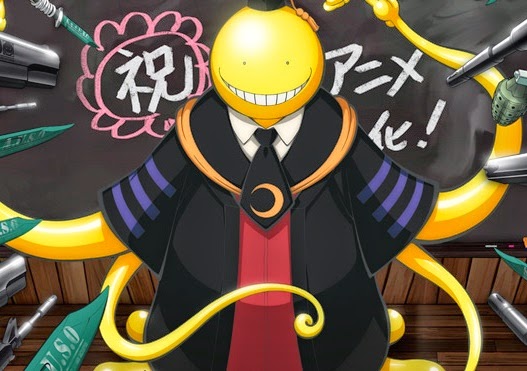 A fortunate number of us got to encounter one of those “special” teachers growing up. You know the type; ones that actually instilled something more profound than fractions or long division into your skull and their concepts and values helped forge your very identity. These gifted professors often adopt a stern approach but the budding prospects they scope out amongst their pupils are what inspire them to do the job they love rather than endure children for the sake of that pretty pension.

In Assassination Classroom, Koro-sensei no doubt qualifies as one of these exceptional educators. Sure, he’s also an alien planning the downfall of the earth and all who inhabit it. Yes, all of his students want to murder him in cold blood. Who cares that he’s already destroyed 70% of the moon? It all pales in the face of this tentacle-swinger’s awe-inspiring devotion to the next generation (who probably won’t live to fully appreciate his teachings but shush and bear with me here).
For all Koro-sensei’s destructive deeds, he couldn’t be more suited to his occupation. The man is well versed in a number of subjects but he’s also sympathetic towards his students as he lends them a helping appendage whenever they’re down and raising their spirits with a bit of well-intentioned whimsy. This is a man so selfless that he uses his mach 20 speed to create visual clones of himself so he can teach all his students on an individual basis even though it strains him. This shining beacon of an instructor willingly ingests poison because one of his shy students poured her heart into coming up with a concoction that could kill him. Above all, he explicitly mentions his shortcomings to his students in the hopes that they will one day overcome him and slay him before he can succeed in purging the planet. 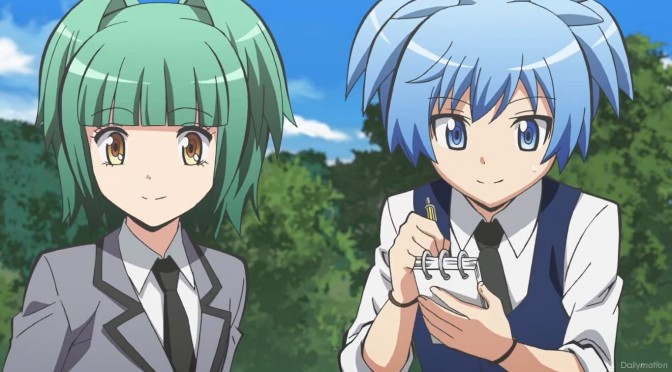 See, Koro-sensei’s classroom is filled with a sad mix of delinquents and savants that just can’t seem
to keep up with the rest of the school. He takes it upon himself to mould these troubled individuals into model students so that they can be proud of themselves before shaking the hand of fate. Although there is a lead character amongst the pack of 20+ students, none of them are nearly as beguiling as Koro-sensei so they tend to serve more as fodder to power their professor’s shenanigans by making attempts on the life of the teacher they hold so dear.
That said, a number of them are being built up reasonably well through Koro’s teachings and I could see them making convincing attempts on his life down the road. The real test for this show will be down the stretch as it slowly inches toward the end of its 22 episode run. Thus far, the show has been more of a comedy than anything with minimal progression outside of one character’s ongoing quest to compile all of Koro’s weaknesses. Most episodes could pass as humorous, self-contained stories.
If the series is not receiving a second season and heading towards a serious anime-only ending, it will be deeply fascinating to see how far the writers step outside of the expected “he’s not really evil” trope to explain Koro’s real motives. This show has taken a rather quirky concept and weaved dozens upon dozens of good jokes out of it, but there’s ample potential for a deeper meaning and I’d love to see that tapped into. 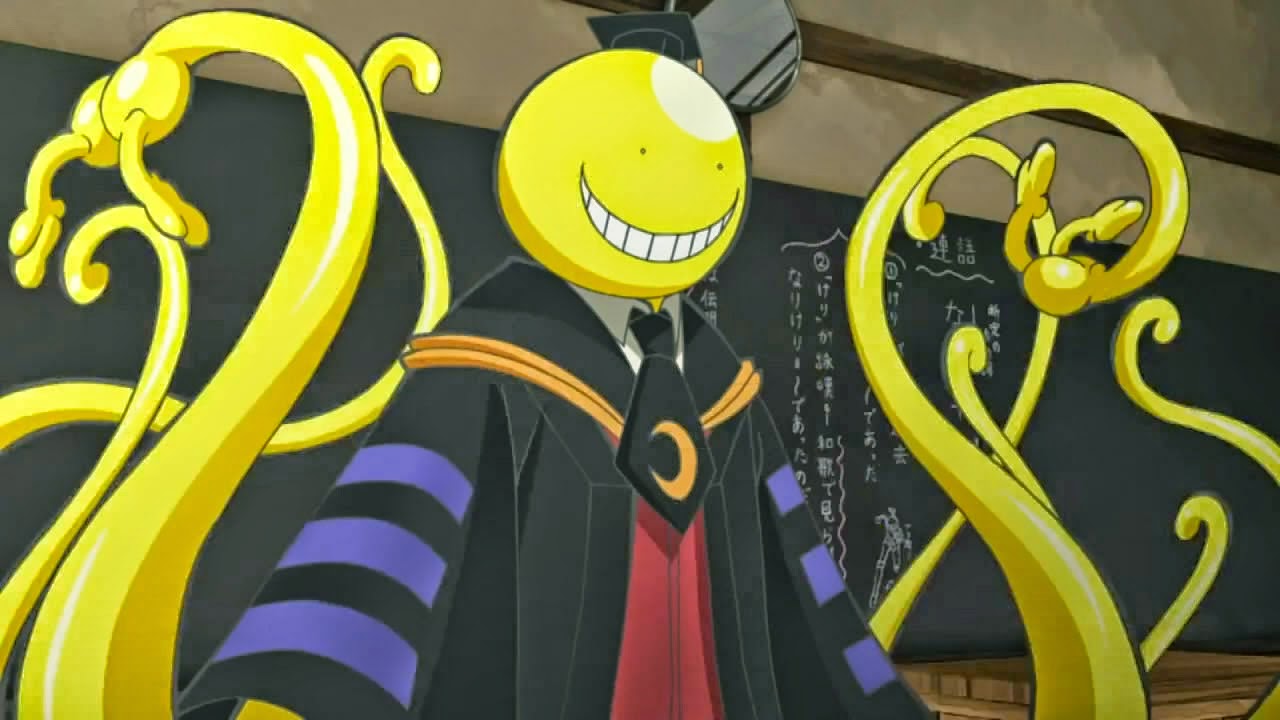 As much as Assassination Classroom is an ingenious concept for a comedy, it’s also bizarrely moving to witness how dedicated one man…er, octopus-alien-monster-thing can be so compassionate towards his students and could-be killers. I can’t help but finish each episode feeling uplifted despite the absurdity that permeates every ten seconds of this show.
– Clark A.
Anime Editor
Email me at: clarka@digitallydownloaded.netCatch a stream of the show here
Share this