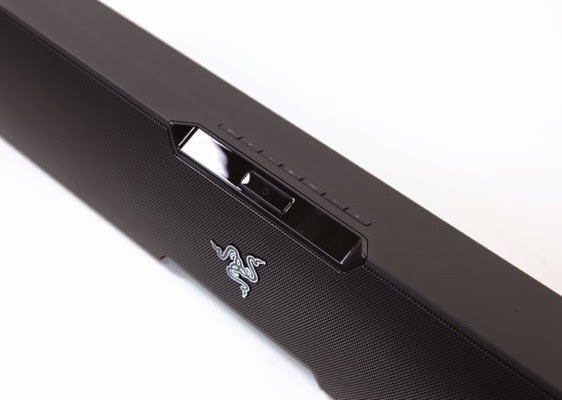 Soundbars are all the rage at the moment. A good one is sleek and stylish, looks great sitting under the TV, and delivers a thumping, immersive sound. Most soundbars from most vendors are styled more towards the home cinema or use in TV. It’s a subtle difference to the kind of sound that gaming needs, but the Razer Leviathan is here to show what a soundbar can do when designed around the gaming experience.

The soundbar is nice, right out of the box. Razer has opted for restraint, with a simple black aesthetic and clean lines on the front looking very much like something that would be placed under most televisions. Given the propensity for Razer to go heavy on the colours (especially green), I think the restraint on display here was important. After all, when you’re watching a film or playing a game you don’t want to be distracted by a bright soundbar underneath the action. It’s also small enough that it can fit under the computer monitor for the benefit of people who like to play games or watch media over their PCs.

The subwoofer is ugly stuff, however. I don’t know if it’s possible to physically build a subwoofer that looks like it belongs in the visible side of a home entertainment setup, and this one isn’t doing much to answer that question. It’s an ugly block of a black box and I suspect people will be shoving it into the mos discrete places in the living room they can imagine.

The set up of the Leviathan is very easy, and what immediately impressed me about it just how many options it offered for making noise. The TV hookup is the obvious one, but the Leviathan also offers a 3.5mm audio jack and Bluetooth connectivity so that almost any device you might want to use can make use of it. There’s even NFC connectivity for people that want to use that.

That connectivity lets you use it for much more than just stuff on TV, and importantly that means I could apply the Miku test to it. For those that don’t know, the Miku test is where I hook up my PlayStation Vita to a sound device over Bluetooth, and then play Hatsune Miku Project Diva f 2nd, and then check that the sound quality is enough that I have a great experience, that the music and the gameplay of this incredibly demanding rhythm game sync up correctly, and that I can understand the lyrics, remembering that my understanding of Japanese is not crystal clear and therefore clarity is of critical importance (of course in this instance you could also simply play the PlayStation 3 version through the TV, but these are the things I do for testing purposes).

The Leviathan managed to both show of its strenghts and weaknesses once I pulled out my Vita and started playing. For any of the tracks where there was a heavy beat, I had a really great time with the Leviathan, which really belts out bass with verve and power. However, for the songs that were more light and focused on the treble side of the spectrum sounded a touch weak and soft. It’s certainly a cut above any cheap speaker system that you’ll come across, but for a premium product I would have hoped that it could handle bass and treble equally well. 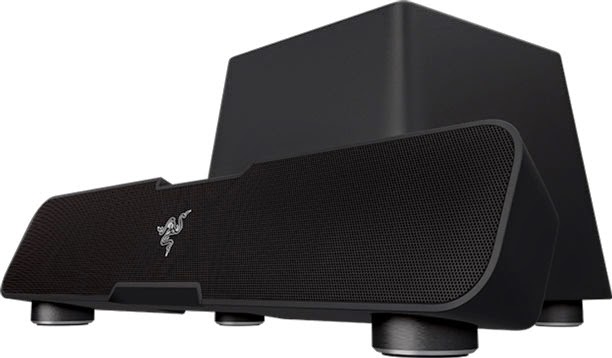 Then again, the Leviathan was designed around gaming, and that means gunfire, explosions, yelling, some more explosions, and thumping Hollywood-style music. I also tested this bar with Call of Duty: Advanced Warfare, and it’s instantly obvious the kind of experience that this soundbar has been designed around. I physically felt the gunfights when I turned the sound up for this game, and the surround sound that the bar emulates is hugely effective.

Related reading: All our other Razer hardware reviews.