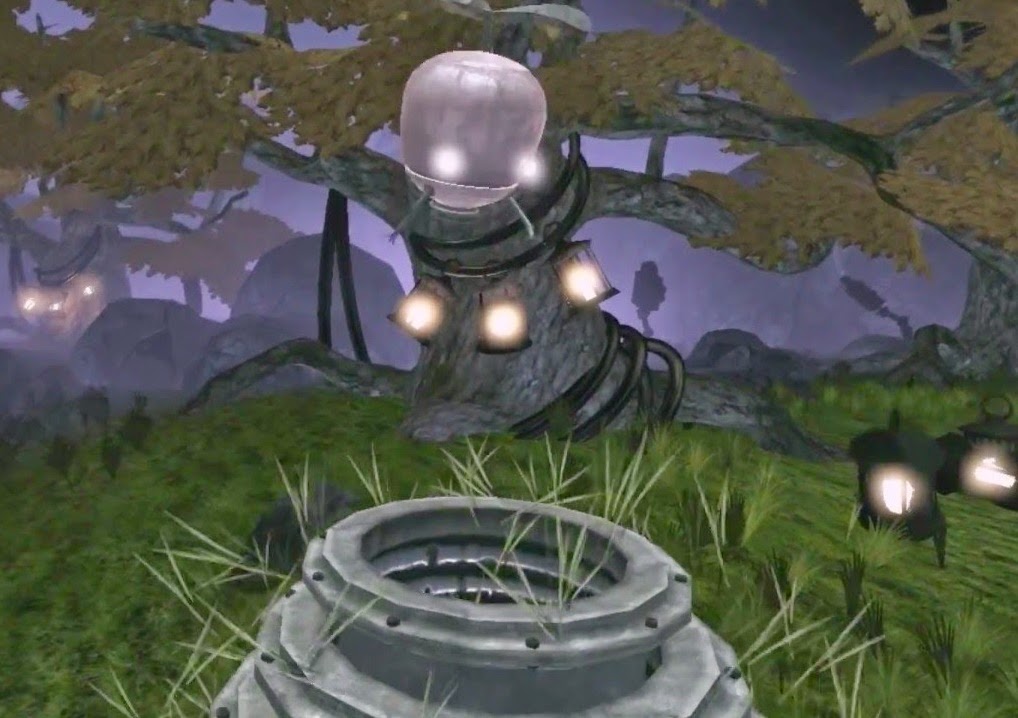 The world of Unmechanical is a claustrophobic experience. That makes it suspenseful. It’s not scary, and you won’t be suspecting something will pop out around any corner, but nonetheless as you play you’ll be left with a feeling of foreboding. It might never pay off but the atmosphere is always there. Ultimately as an indie-developed game, you want to feel something, no matter the length of the experience. And in that, Unmechanical is a success. It’s an atmospheric puzzler that makes you keen to keep going, even when the puzzles start getting repetitive.

Related reading: We have also reviewed this game on the Xbox One. You can read that review here.

Controlling your somewhat charming propeller hat-looking robot, you have to make it through the world alone. With two arms dangling helplessly by its side, this robot traverses the dystopian landscape with a sense of wonder, and you’ll be left noticing his ultimate fragility as a pretty hopeless hunk of metal. The only way you can pick things up is using a tractor beam. It’s a compelling game because there isn’t a lot of backstory as well as the mystery aspect of trying to uncover why you, a fragile little robot, are in this seemingly dark and uncertain predicament. 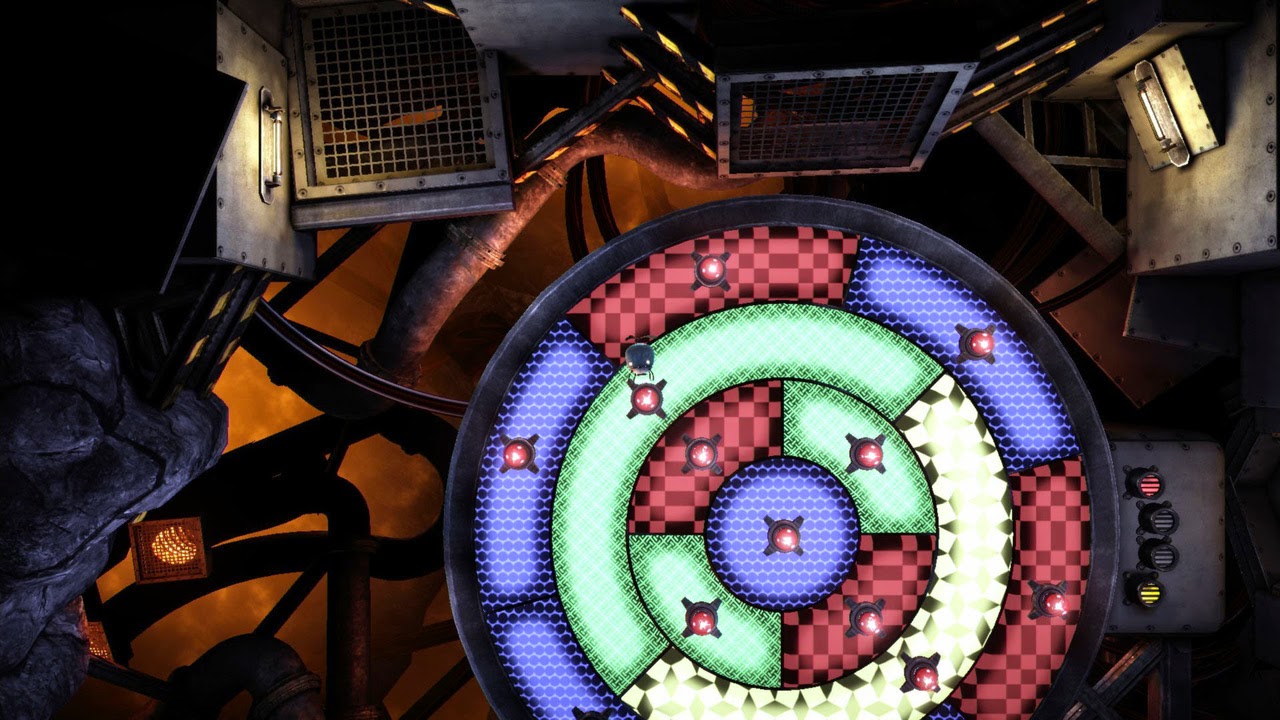 I found myself revelling in the design of the world because it appeared to look similar to the work of Australian artist Shaun Tan, who is probably most famous for the work in which he won an Academy Award for the short film adaption of The Lost Thing. That might just be a coincidence, but there are striking similarities in the artwork to what we see in Unmechanical. It helps evoke the same feelings as Tan’s artwork and submerge you in this world; this pointy, metallic world where everything seems designed to hurt you.

The puzzles, although sometimes repetitive, and often pretty simple, are designed to keep you constantly move forward quickly. That perpetual motion means that it might be simple or repetitive but it’s never boring. In a way, that’s all you can ask from your puzzler but generally this genre poses some hard questions to both the player and the game designer. The main one in this case is are the puzzles interesting or is the most interesting thing about the game the design of the character and the world? As far as I can see, it’s the design the rules this game. The detailed yet simple robot is the perfect character for a game like this. It helps you keep an arms distance from feeling too bad at what happens to him because it’s a robot, but he’s also just so helpless that you want to make sure he makes it to the end. He’s sweet and kind and playful (or at least seems to be) but stuck in a world that is designed to hurt and frighten him. The puzzles themselves take a backseat and would feel pretty unremarkable outside of this setting. 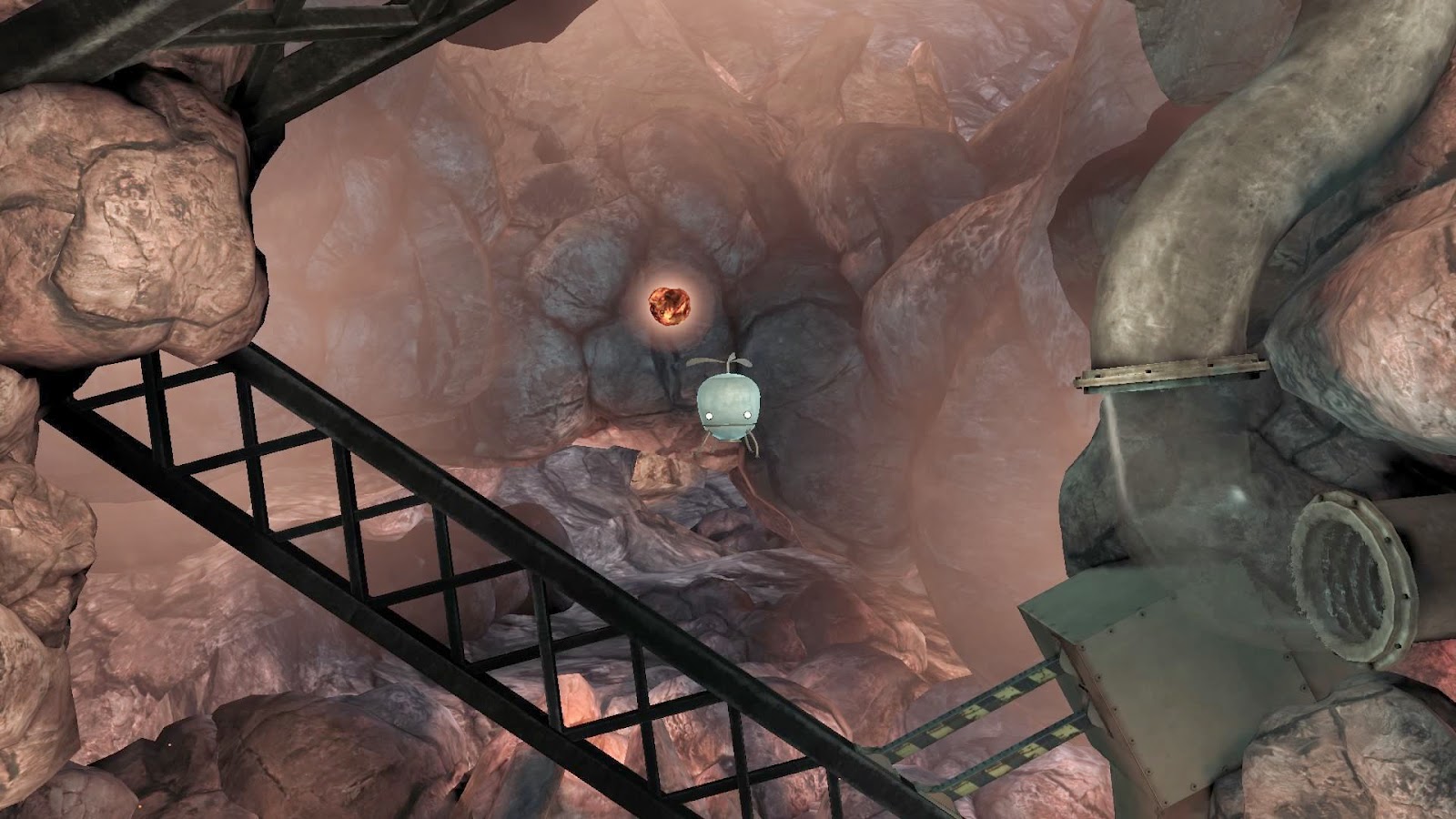 Generally, one of the worst mistakes a game can make is choosing the wrong console. I see it all the time as iPad games are shoved onto Playstation and are too simple for the complex controllers, and console games are forced into iPad games despite requiring the finesse of a controller. Thankfully, Unmechanical found a perfect place on the PS4. On top of the beautiful graphics that seem flawless on the next gen console, the complexity of the game design is just enough to make it worth the sit-down-and-play experience.

Unmechanical: Extended is a beautiful game. The graphics and landscapes are simply stunning and the character has real heart, despite being a little helpless. It’s a pity that it leaves the door open to questions about the quality of puzzles, however. Alone, they might not be as compelling as they are within the confines of this game. But overall, it’s a good indie when it comes to the artwork; it just doesn’t really add anything to the puzzle genre.