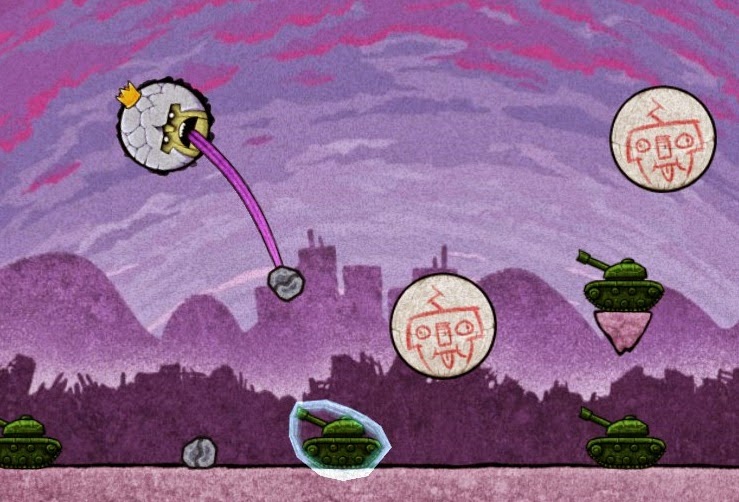 Have you ever heard of a game called Angry Birds? Of course you have. That title rewrote all kinds of rule books by offering simple yet challenging gameplay with enough hooks to keep people coming back for more. It is a formula that has been aped plenty of times already, but King Oddball does it better than most of the others. It has its own unique style that manages to hit many of the same notes as those aggressive fowl.

Related reading: Angry Birds fans would also do well to check out Castlestorm, which takes the familiar physics game and spins it into something far deeper.

King Oddball is… you. He is this large orb just hanging out in the sky with the world’s longest tongue. With it he snags rocks one at a time out of the upper left corner of the screen while his tongue wags back and forth like a pendulum from the right to the left and back to the right again. All you need to do is press the button to let go, and the tongue releases the rock with then arcs out towards the desired target. Usually the targets include some combination of tanks, helicopters and goofy little alien dudes. Stuff that you obviously want to hit with rocks.

Like Angry Birds, King Oddball is all about understanding release points and projectile arc. The goal is simply to clear the screen of enemies and move on. One thing that King Oddball changes up from the formula is in removing the three star scoring system found in Angry Birds. For better or for worse, you do not replay levels over and over again hoping to get that one last star with a perfectly aimed shot. To compensate however, there are other slightly different modes in this game can be unlocked. One such mode is a diamond hunting one – where you essentially need to complete the level with at least one projectile left in stock. Another pits King Oddball against heavily stacked piles of debris, but instead of launching rocks that would largely bounce off of those obstacles, he instead drops grenades onto them to better blow the field of play apart. 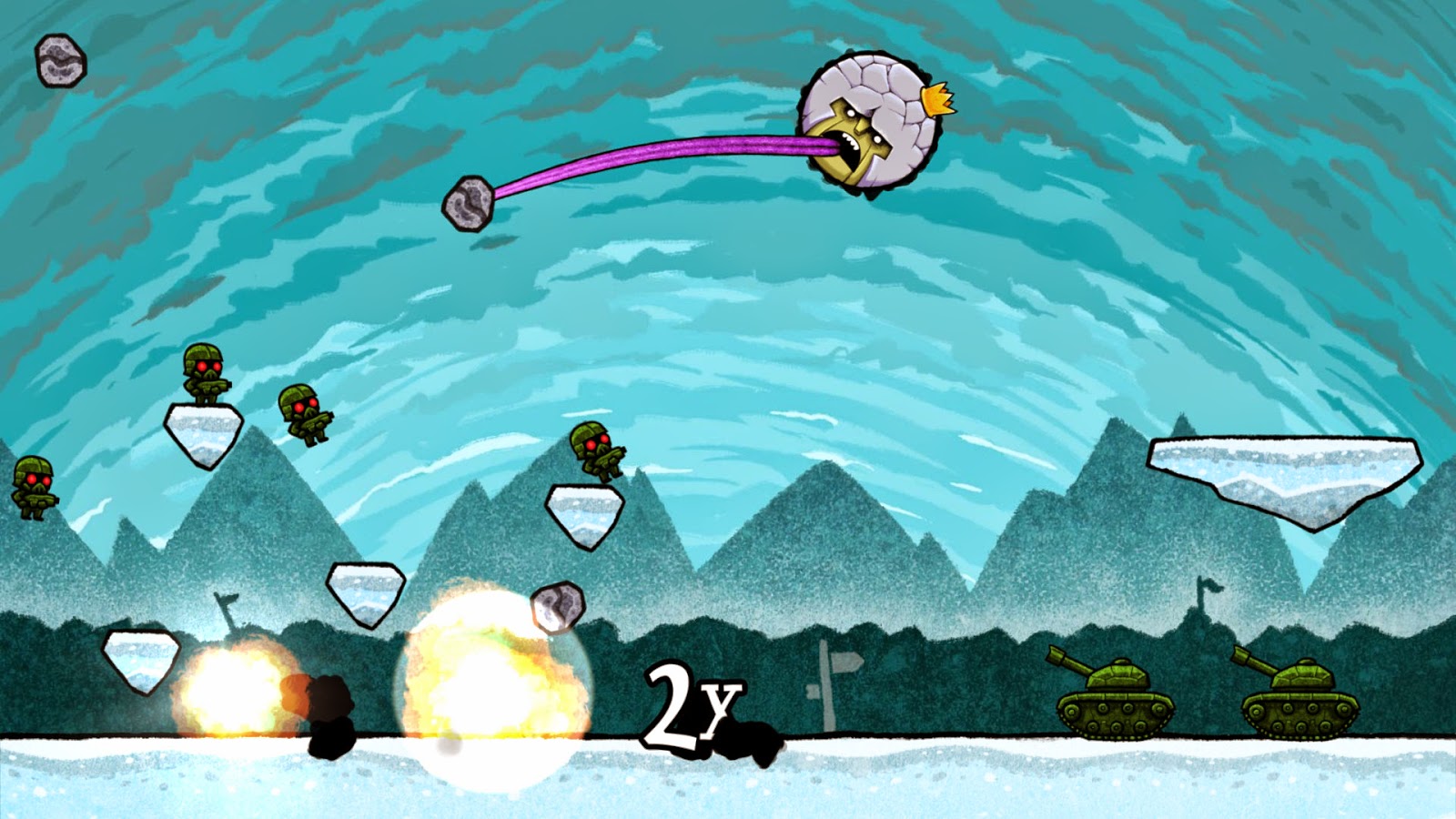 Chaining kills together is the key to success. Get enough of them (or have the rock somehow bounce up and off of something and strike King Oddball), and you earn an extra golden rock with added kapow power. These will come in handy since some of the stages are devilishly difficult, forcing you to try and kill more enemies than you have rocks with plenty of obstructions in the way.

There is no story to speak of here, the visuals are very simple without much variety added in while progressing, and the music is basically the same thing played on repeat over and over again. King Oddball definitely behaves like a free mobile game port. That being said, if you are a fan of these wacky physics games and are interested in just killing a few minutes here and there, King Oddball may very well scratch that itch. While I was playing the game, my sixteen year old son and eighteen year old daughter wandered into the den and sat down to first watch, and then later play.

I eventually realised that between the three of us, at least one was quite frequently saying: just one more level. It’s addictive stuff… until all the levels are cleared . You can certainly roll over King Oddball in one or two sittings, as there are a good number of levels, but not an endless number of them, as you often feel when you’re playing Angry Birds. While I can appreciate the generally clever level designs, I would like to have seen more content in King Oddball, especially since there is no incentive to ever replay a level once it’s done. 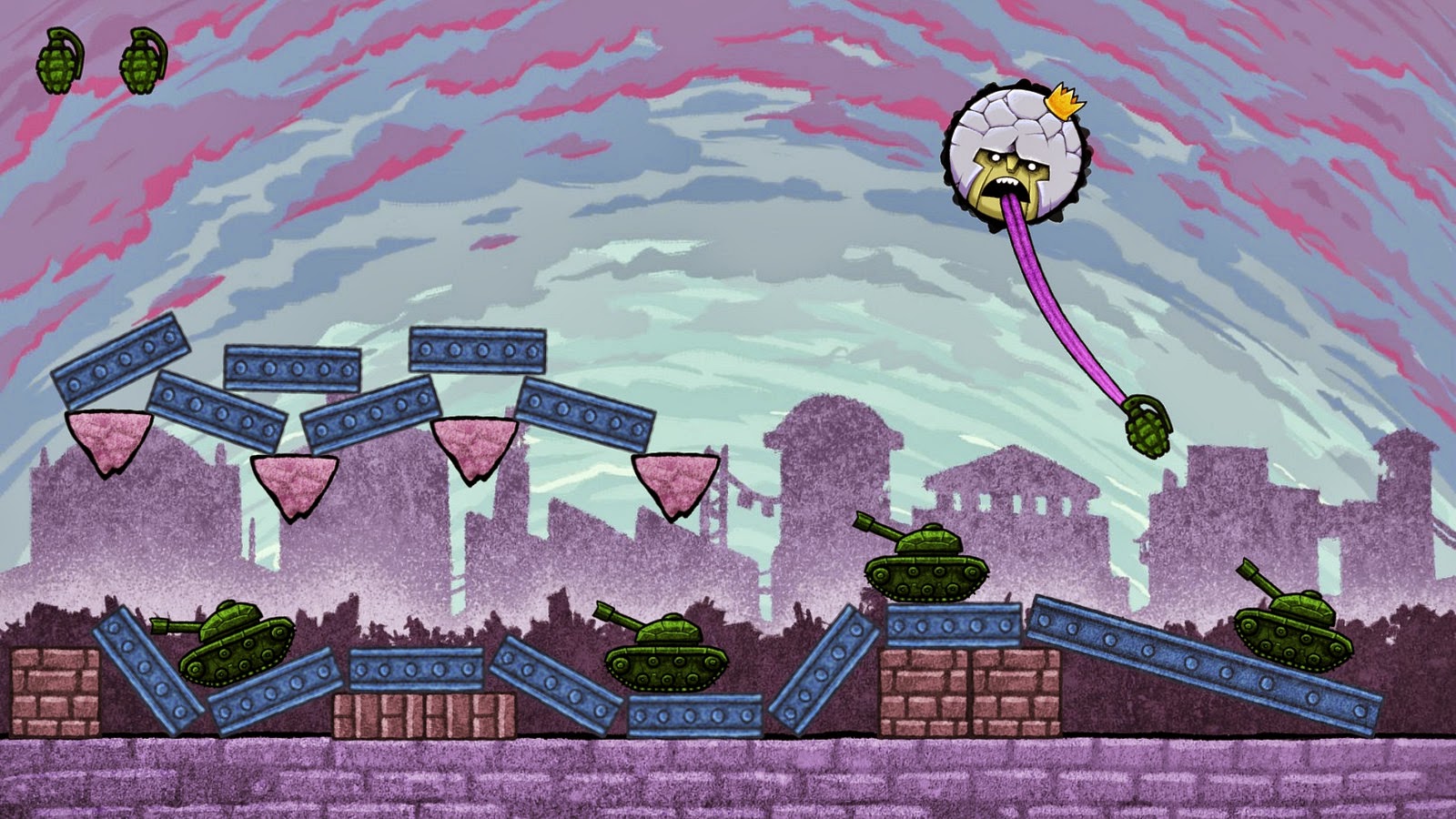 Related reading: Check out Angry Birds Epic to see where that franchise is evolving.

King Oddball should appeal to players who are looking for that next Angry Birds fix. The presentation and length are quite threadbare, but the physics engine and addictive qualities hold up well enough to make it worth a go.

Hyperdimension Neptunia Re;Birth3: V Generation is coming sooner than you might have thought