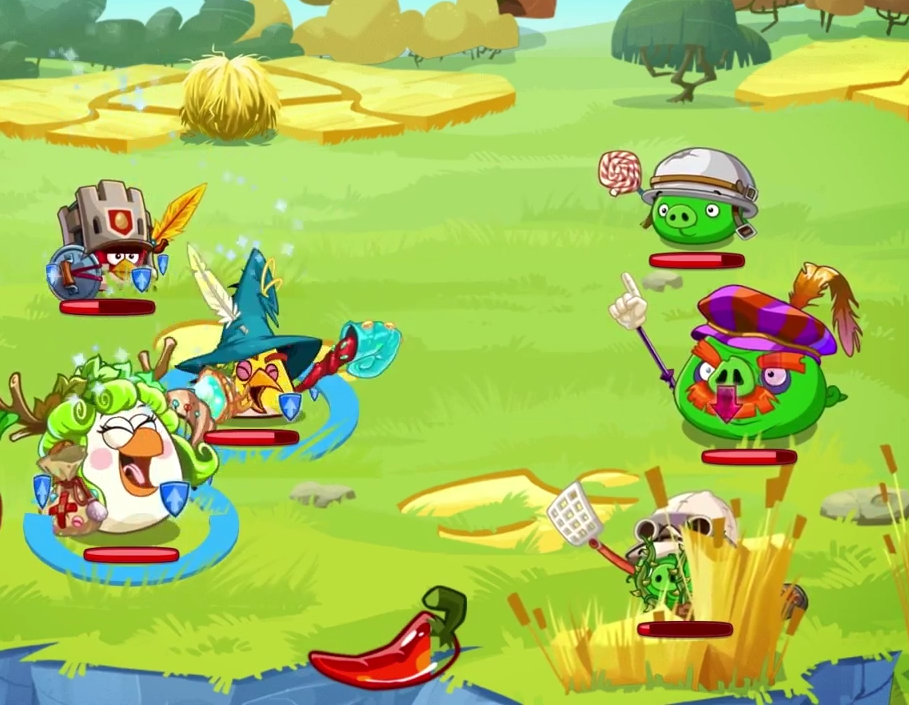 Credit where credit is due; Rovio is not simply letting its hero franchise have its 15 minutes of fame before bowing out. Consider Call of Duty or Halo; the developers wouldn’t dream of taking the formula that made these games so popular, and building something as different as an RPG out of them.

That’s precisely what Angry Birds Epic is, though; it’s a nice, casual, RPG experience that makes good use of the Angry Birds license. Though it is a free-to-play game, and comes with the trappings that you would expect from such a release, I found this one painfully hard to put down.

If you could imagine an RPG that has been stripped right down to the combat portion, then you’d be at Angry Birds Epic. Players move from one location to the next, and at each location there’s a battle to be fought, and in if successful players earn some loot. That loot comes in the form of resources that can be turned into better equipment for the heroes (that being the angry birds) that help them tackle tougher enemies (that being the pigs). 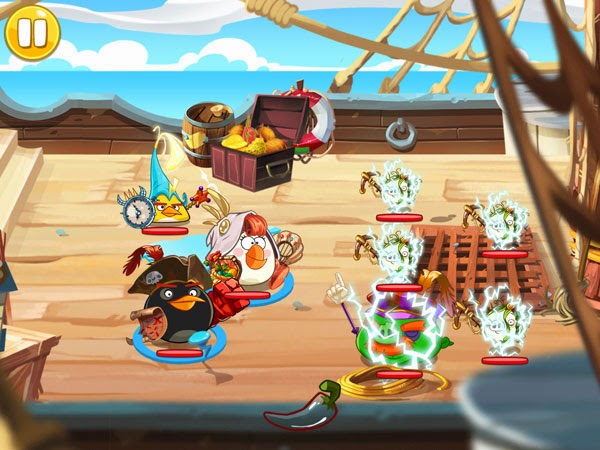 There’s a handful of different birds to use. The white bird is the traditional healer, while the most famous of them all, the red bird, is the well-armoured tank. The black bird does massive damage courtesy of his bombs, while the yellow bird is the “black mage” – dealing out magical damage to all enemies on the screen at once. The stack of blue birds take on the role of archer. You’re only able to take a couple of them into battle at once however, so there’s some simple decision making to be done; some battles feature a horde of pigs and you’ll need a different combination of birds to overcome those than one big tough pig.

Combat is turn based, but fast paced. With a limited few abilities per bird there’s some simple strategy to overcome the tougher challenges, but for the most part there’s a degree of auto-play involved here. The occasional pig has a special ability that makes him more difficult to take down (for instance, he might be able to dodge any attack that does more damage than a certain minimum), but Epic is clearly designed for anyone, even non RPG fans, to get involved with. 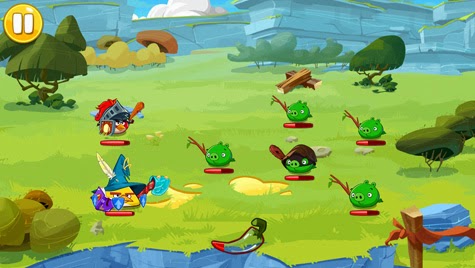 As a free-to-play game there’s naturally microtransations, which are there for people that don’t want to replay old levels dozens of times in order to collect enough resources to get the better equipment. There’s nothing in Angry Birds Epic that isn’t achievable through some old fashioned grinding, but Rovio is banking on people lacking the patience for that. In fairness to Rovio, the game is well balanced that I felt I was making progress even when I was grinding, so I was never offended that there was a certain scarcity of resources because they wanted me to spend some real money. And it’s worth noting that I’ve been playing for hours, and not spent any money yet, nor really felt the need to. I suspect if anything Rovio’s underestimated people’s patience, and I suspect that this game won’t make as much money for it as other free-to-play titles.

I’ve kept playing mostly because the game is so snappy paced, and has a great sense of visual and audio humour, that it’s pure entertainment. The pigs and birds alike are amusing in their RPG trappings, and the backgrounds and music are bright and vibrant enough – just the kind of inoffensive stuff custom designed to appeal to everyone.

Angry Birds Epic is by no means a classic game, but it’s a surprisingly genuine attempt at broadening the appeal and reach of the franchise beyond simple physics-based puzzlers. It’s one of the better free-to-play games out there.