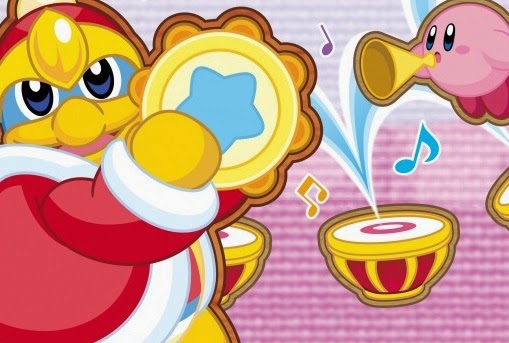 What can someone say about a standalone downloadable release based upon a mini-game available in a pre-existing retail title? Things I tend to look for in these cases are how much the developer has added to the original experience in order to make a worthwhile title. Captain Toad: Treasure Tracker is a great example of a small section of a game being spun into something that could be sold as a product in itself. Dedede’s Drum Dash Deluxe, sadly, is not of the same calibre.

You see, Dedede’s Drum Dash Deluxe was included as a mini-game in Kirby: Triple Deluxe. Aside from some small expansion to the mini-game itself, it is pretty much the same title. In fact, the game was that short that I had completed everything it had to offer within an hour of firing it up. As Matt has argued recently, whether a game is short or not should not hinder a game if it is done right, and if the developers have done what they have set out to do both creatively and artistically. The problem here is, unlike Captain Toad: Treasure Tracker, which takes a small mini-game and expands on its concept to push it as far as it can be pushed, Dedede remains the same mini-game it once was, albeit with a couple of new levels of the same rhythmic gameplay (with some of these levels actually being the first levels, except made more difficult), without adding any real new elements or challenges, which is disappointing to say the least. 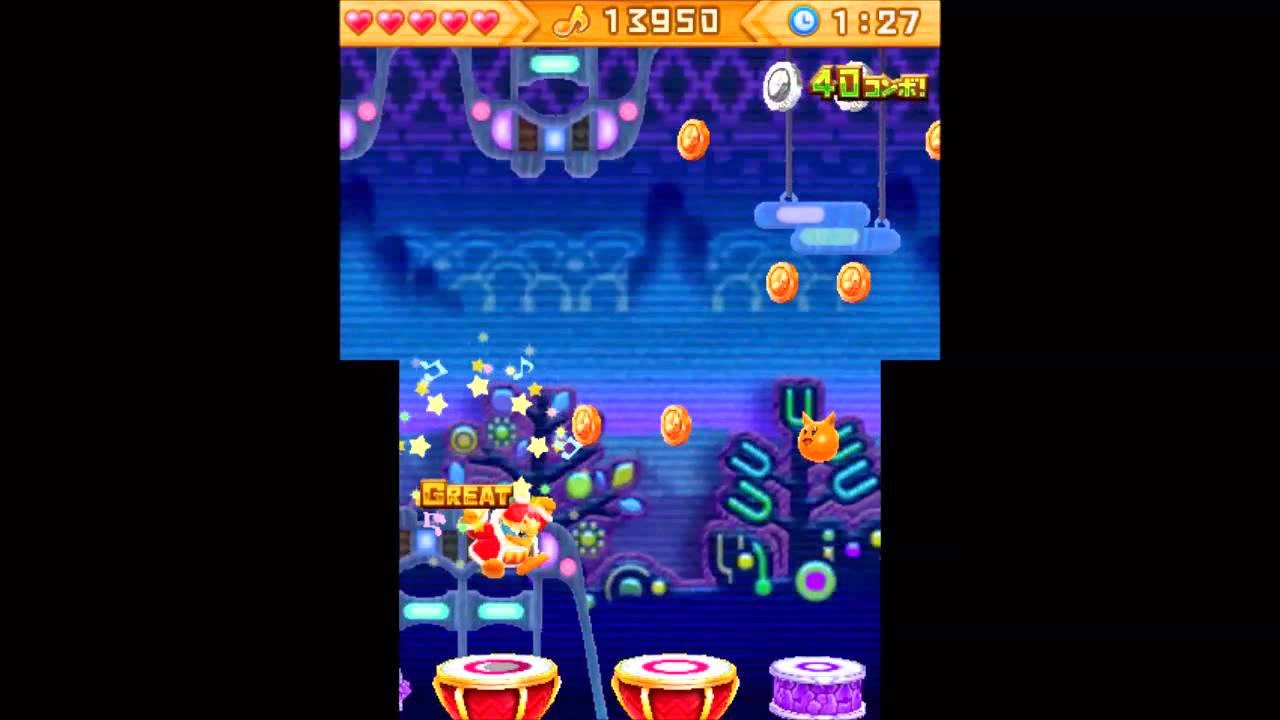 Dedede’s Drum Dash Deluxe sadly is not very entertaining on its own either. While rhythm based titles like Rhythm Heaven Fever, Theatrhythm Final Fantasy, and Hatsune Miku, are simple in design, they offer creative remixes of that base structure. It’s all about how the gameplay interacts with the music that create the variety and depth of experience to ensure that people keep playing on. Dedede offers none of this, and merely involves guiding Dedede as he jumps from drum to drum, clapping to the beat (always at the highest point of a jump) while also avoiding various Kirby-related foes. The concept is surely interesting, but after playing a few levels, and realising that this is the entirety of the gameplay that Dedede’s Drum Dash Deluxe has to offer, it stops making sense as a independent release.

If I were to give Dedede praise though, it does contain that unique Kirby charm to it. Kirby games have always been about the pick-up-and-play experience for all ages, and Dedede doesn’t stray from that formula. The art style is typical Kirby, with luscious splashes of colour and simplistic design ensuring that the game isn’t at any stage intimidating. The soundtrack that comes with the game is hit and miss, with most of the soundtrack being sourced from Kirby: Triple Deluxe and other recent titles. It would have been nice if the game even included the playable tracks from the original mini-game, considering that one used the more classic Kirby tracks such as Green Greens and Gourmet Go Go. In fact, the more I think about it, the stranger it seems to release a Kirby themed music rhythm game, and NOT include the two most recognisable Kirby songs in existence. 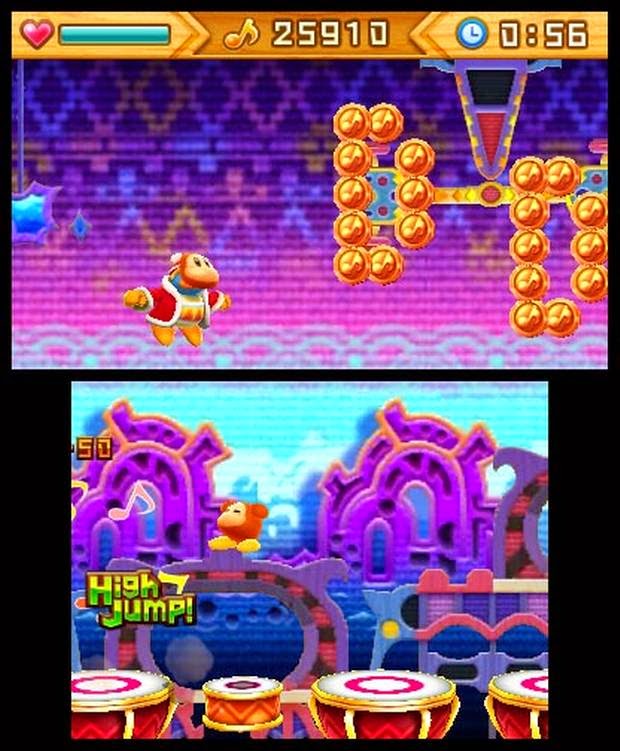 Dedede’s Drum Dash Deluxe feels like a missed opportunity. Despite being a cheap downloadable title, I feel like the developers could have done so much more with this mini-game, such as trying some different rhythm notations to mix up the gameplay. It is hard to justify the asking price when the game is over almost before it starts, with no real meat or challenge to the game to keep you going. It’s also hard to recommend it when it ignores some of the best Kirby music out there.