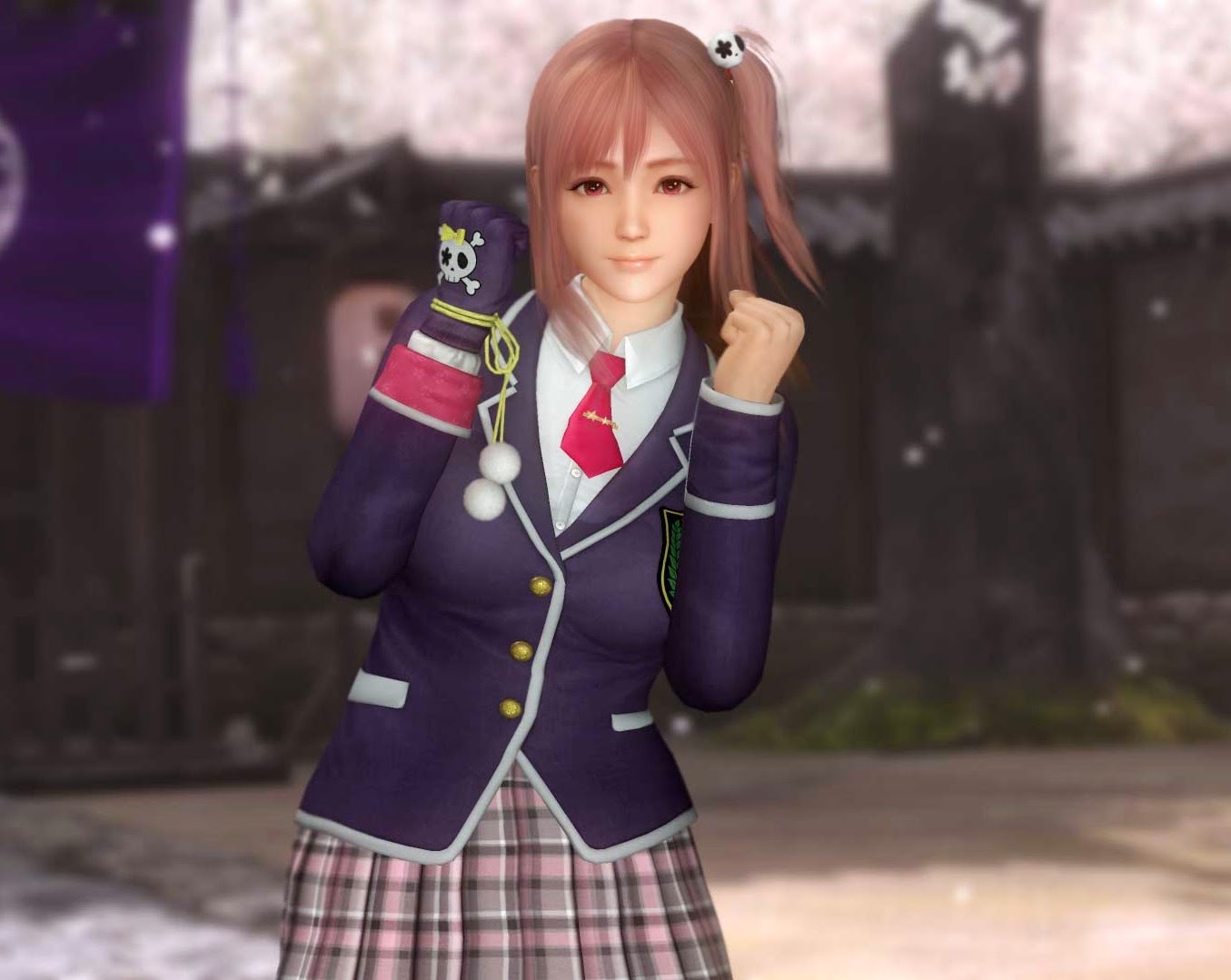 January might have been a slow month for games, but February sees the releases start in full again. Over the next 28 days we’ll see the most niche of niche JRPGs launch alongside what is surely the biggest western RPG since Skyrim, a western take on the Monster Hunter genre, Monster Hunter itself, fighting games, PlayStation 4’s first exclusive of the year, and so on.

We’re pretty sure you’re going to have at least one (and probably many more) must play games this month. What games below have you got highest on your “to do” list? Let us know in the comments below!

JRPGs do not get more niche than this. Criminal Girls is a dungeon crawler, but you don’t have direct control over what your party of characters will do on their turn. Instead, you’ll need to ‘encourage’ them to behave, and the way you do that is through a minigame where you zap, smack, and slap them into submission. This is going to be a controversial release by NISA, we think, but stay tuned for our full review soon. 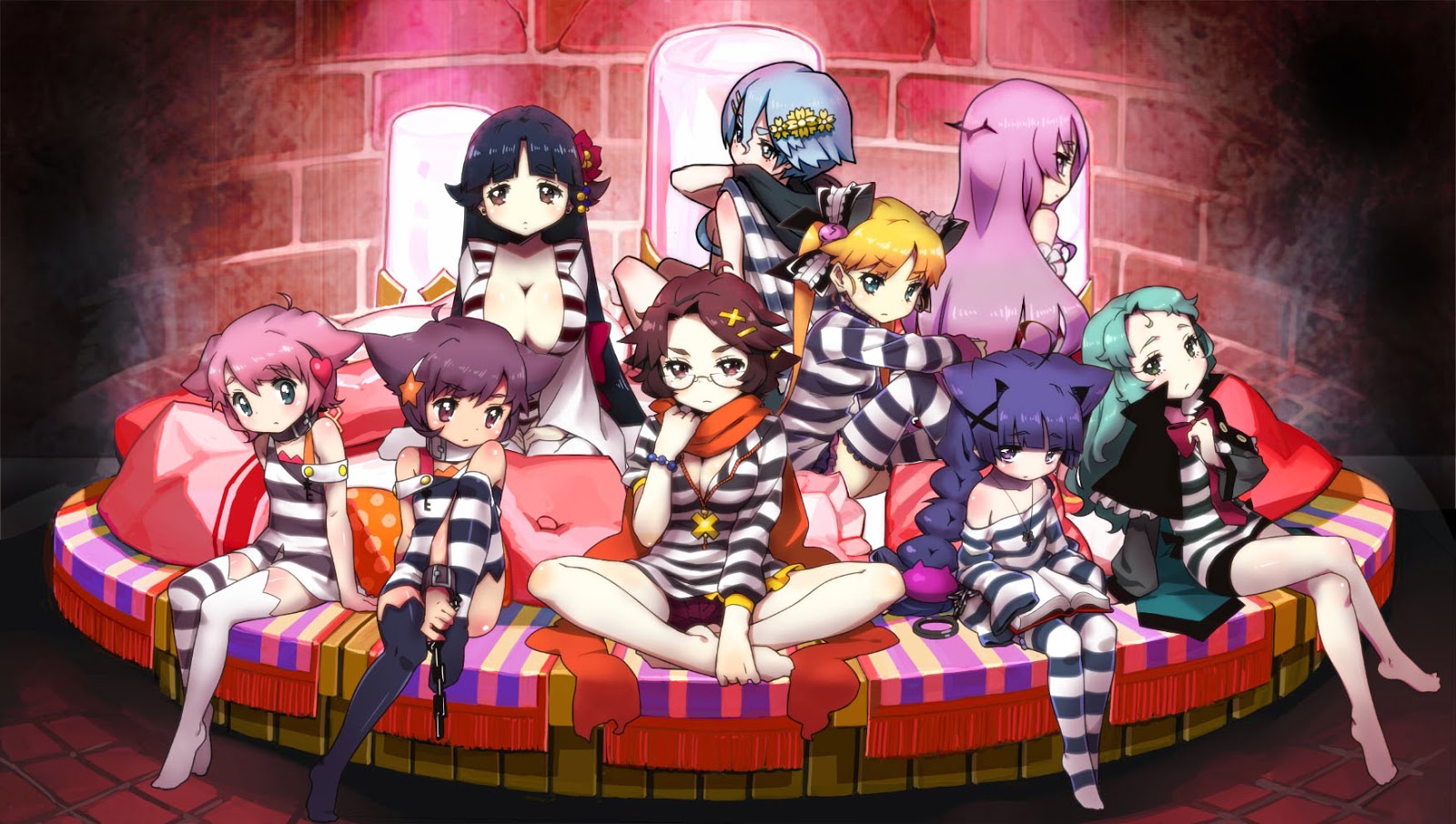 From the makers of Left 4 Dead comes Evolve, a 4 Vs. 1 mutiplayer game where four “hunters” will take on one giant monster. The four hunters have different classes the Trapper, Support, Assault, and Medic, while, as the monster you must kill all the hunters by using your abilities and senses. It’s like Monster Hunter… if a human controlled the Monster and there were guns and things.

We have a hands on preview of this game, which you can read here. 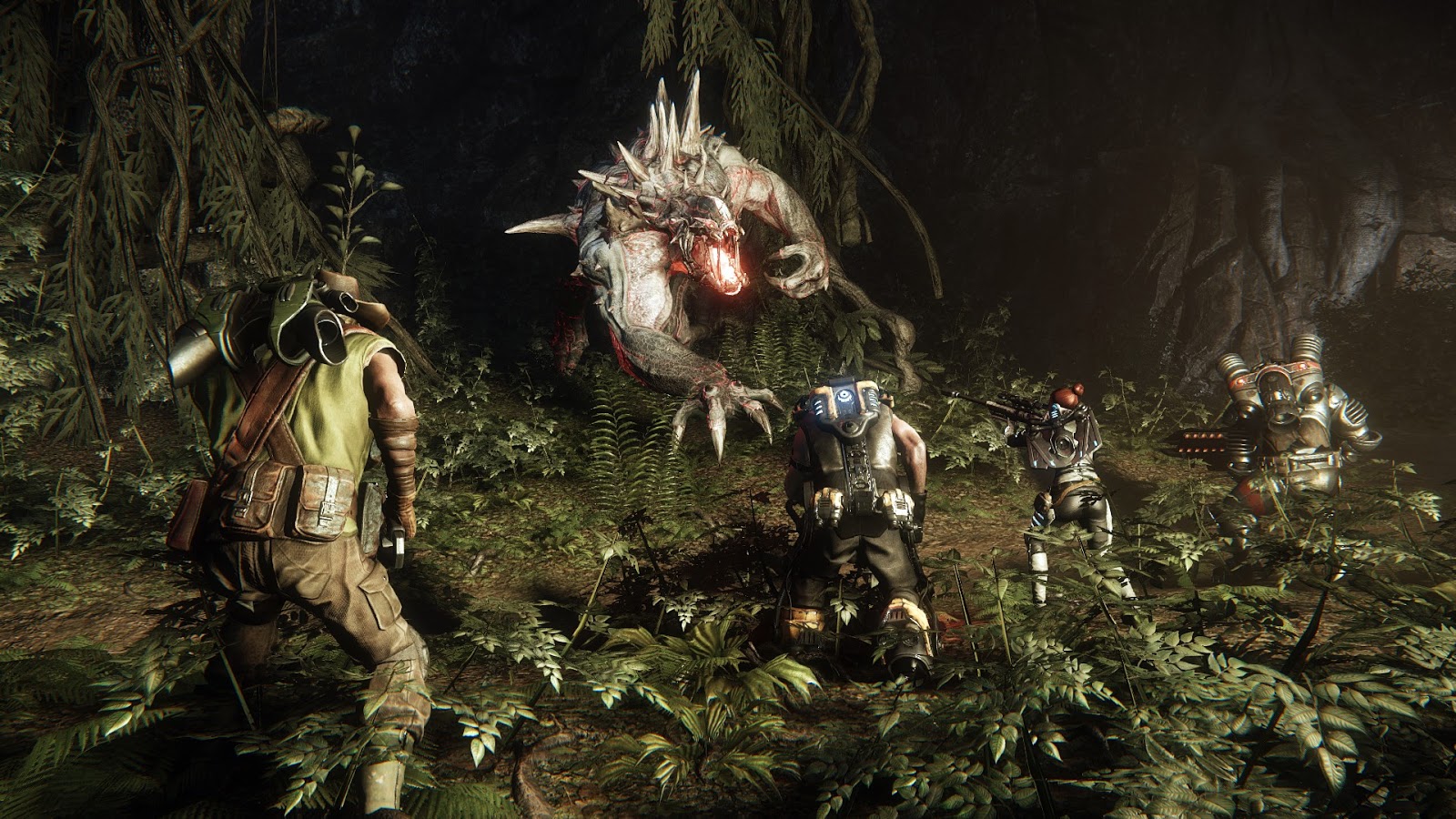 Don Bradman Cricket 14 was the finest take of the sport to date. With little support in America and Japan the budgets have simply never been there to create a game that competes with the likes of FIFA. But Big Ant did the impossible with a tiny budget and crafted something that the sport’s fans can truly love. And now it’s coming to the PlayStation 4 with improved graphics, which will get us playing all over again.

For our review of the original game, click here. 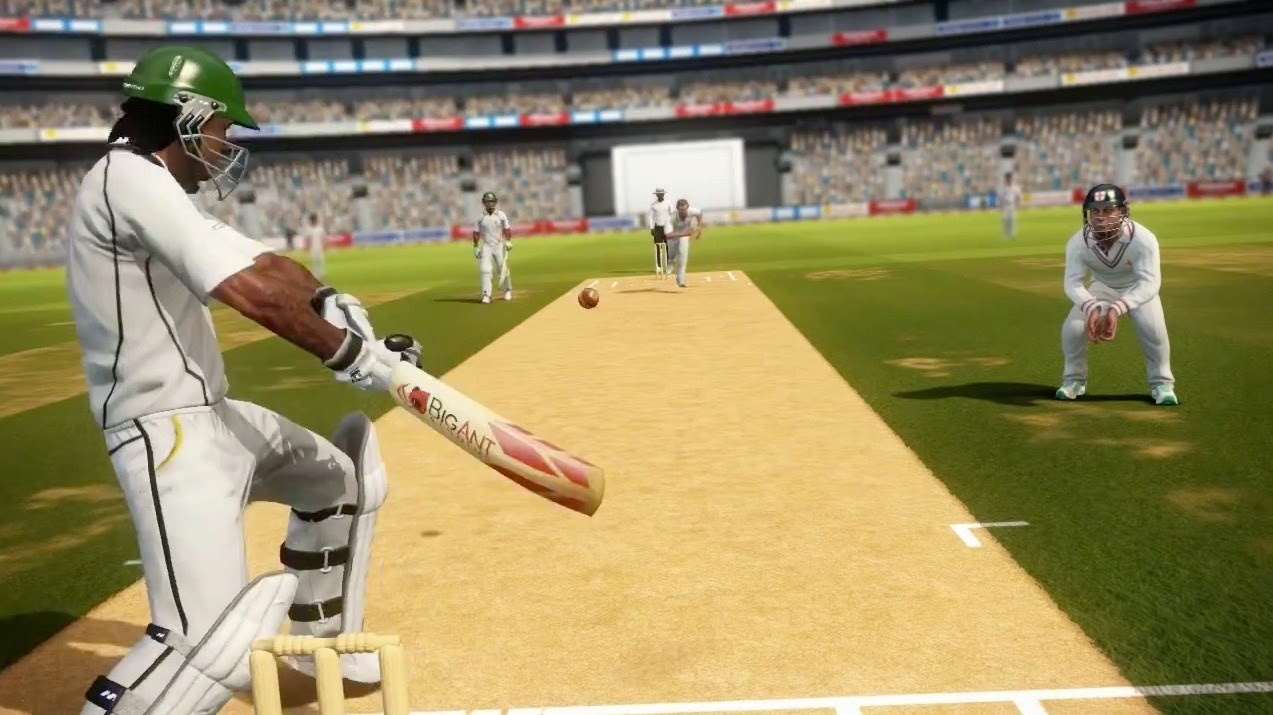 Fans of Zelda have been waiting for a Majora’s Mask remake since Nintendo released the Ocarina of Time remake close to the release of the 3DS itself, but the wait is almost over. Link has three days to save the world of Termina from a falling moon. Luckily Link can reverse time and relive his last 72 hours to help give him the kind of time he needs to succeed in this mission. Playing on the New 3DS hardware players will be able to use the C stick for camera controls, and this will surely be the best way to experience this dark classic. 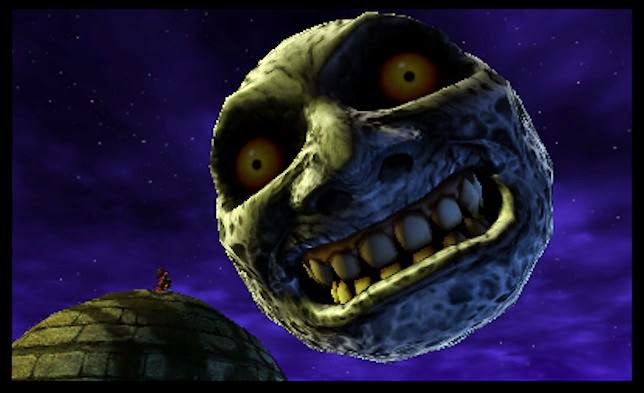 The newest installment of the insanely popular Monster Hunter series is almost here. In Monster Hunter 4 players will control a hunter who joins a traveling caravan to see new lands and visit far away towns. Monster Hunter 4 will have hundreds of quests to take on and for the first time ever on a handheld system, players can quest with up to three friends over the Internet. Two new weapon classes will be added, and all 12 of the previous weapon types have been updated. With more vertical environments, a new virus effect which makes monsters stronger and more vicious, a new gameplay mechanic that lets you hop onto a monster to deliver a burst of attacks, and dynamic terrain changes, this is looking to be the best in the series.

We have a preview of this game, based on the demo Nintendo recently released. Read it here. 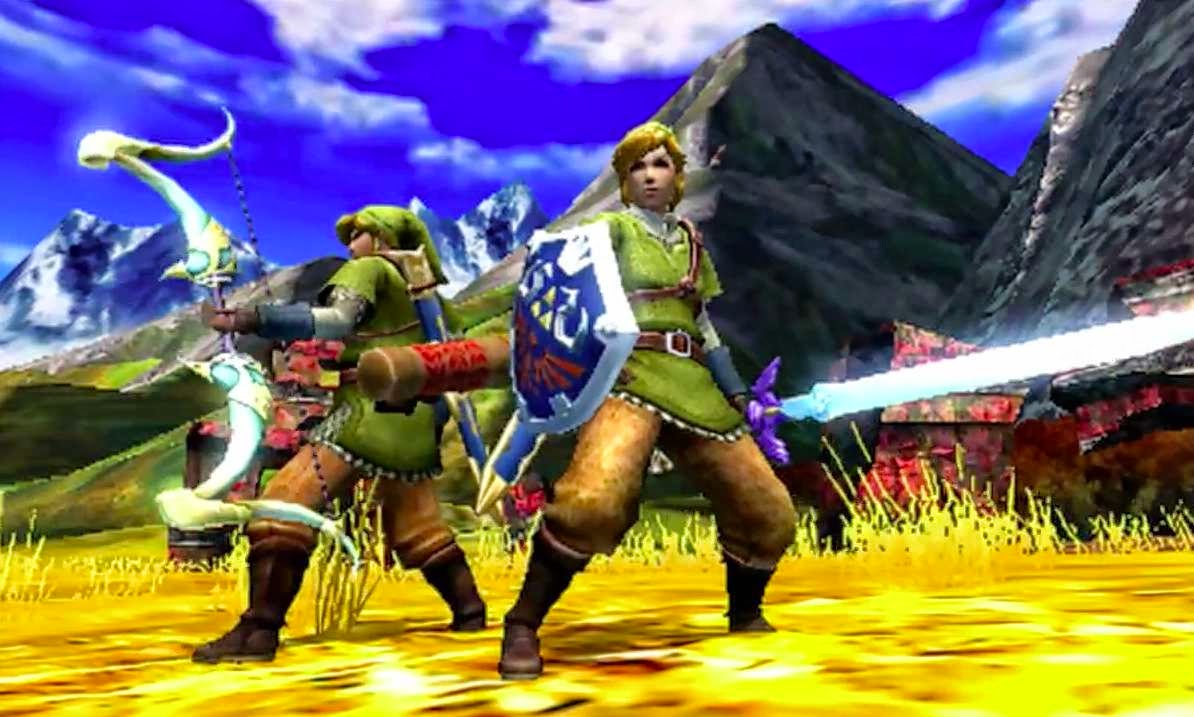 Dead or Alive 5 was the point where Koei Tecmo’s premiere fighting game franchise moved from being all about… well, bouncing things, and became a legitimate skill-based fighting game for people to really get stuck into and master. And now it comes to the new generation of consoles, complete with updated graphics, extra characters, and the screenshot function on modern consoles that is going to get a workout thanks to the bouncing things. Because some things never change.

We have a hands-on preview of the game here. 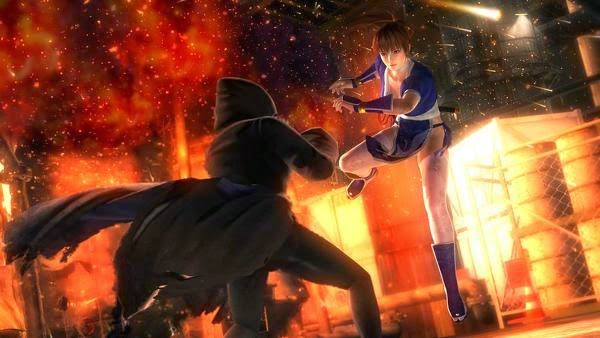 For strategy fans Total War is like Call of Duty; it’s a reliable entry into the genre that might only offer relatively minor changes from one game to the next, but the change in scenery, new scenarios, and other enhancements are always worth the investment, because they inevitably come with a visual update as well, and these games are looking gorgeous these days. 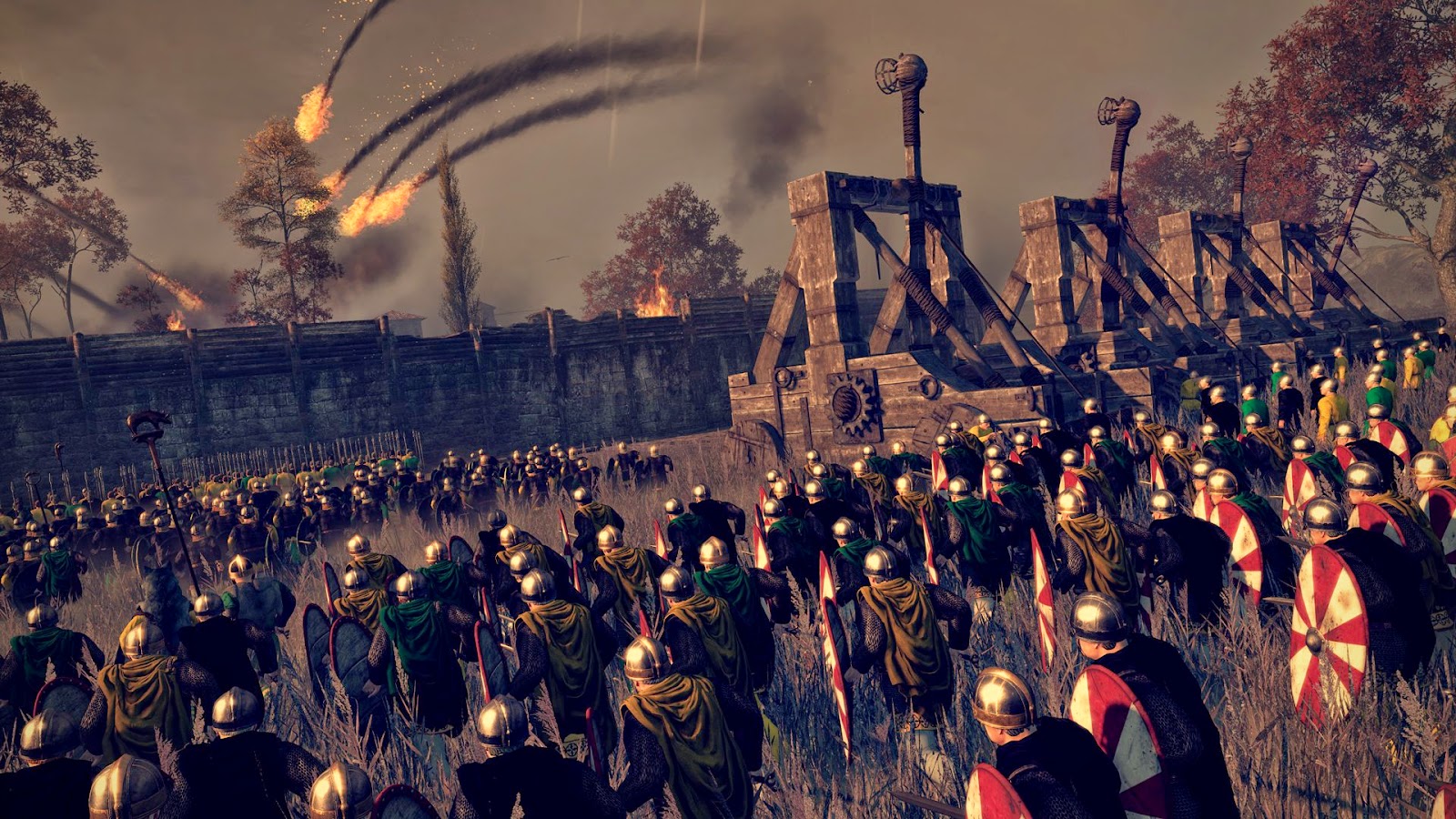 Kirby and the Rainbow Curse is the follow-up to the Nintendo DS title Kirby: Canvas Curse. Players will use the game pad to help Kirby across the levels, as he is stuck in ball form, meaning they must draw lines on the touch pad to guide Kirby through the levels. There will be four-player co-op where one player guides Kirby and the other three will play as Waddle Dees, who can help Kirby by carrying him around and attacking enemies. The game will also support three of the Amiibos miniatures: Kirby, King Dedede, and Meta Knight. 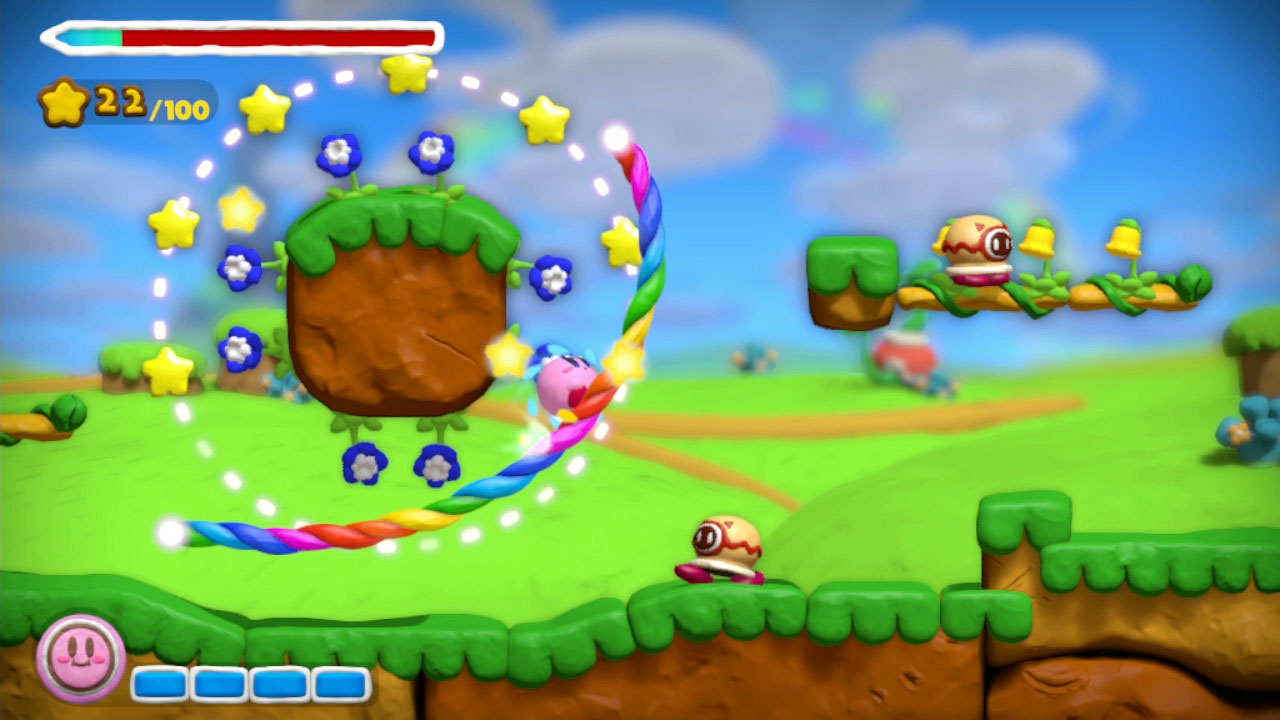 The Order is a story-driven single-player experience that is set in an alternate history London. Players will take control of Sir Galahad, a member of an elite order of Knights. Galahad will use advanced technology to defeat his foes who are known as half-breeds. He will use such imaginative weapons as the Arc Gun, Thermite Rifle, and Monocular. The Order will seamlessly transition between action and story sequences and promises a rich narrative.

We have a hands-on preview of this game which you can read here. 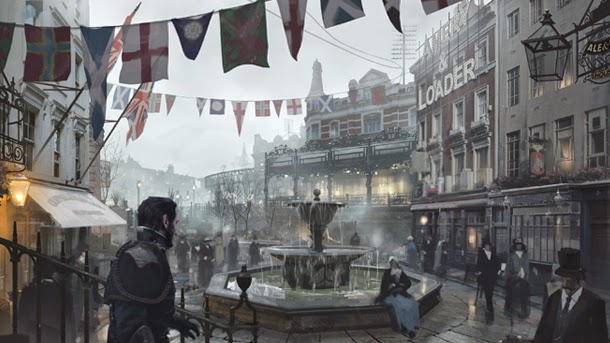 You can read our full preview of this game right here. 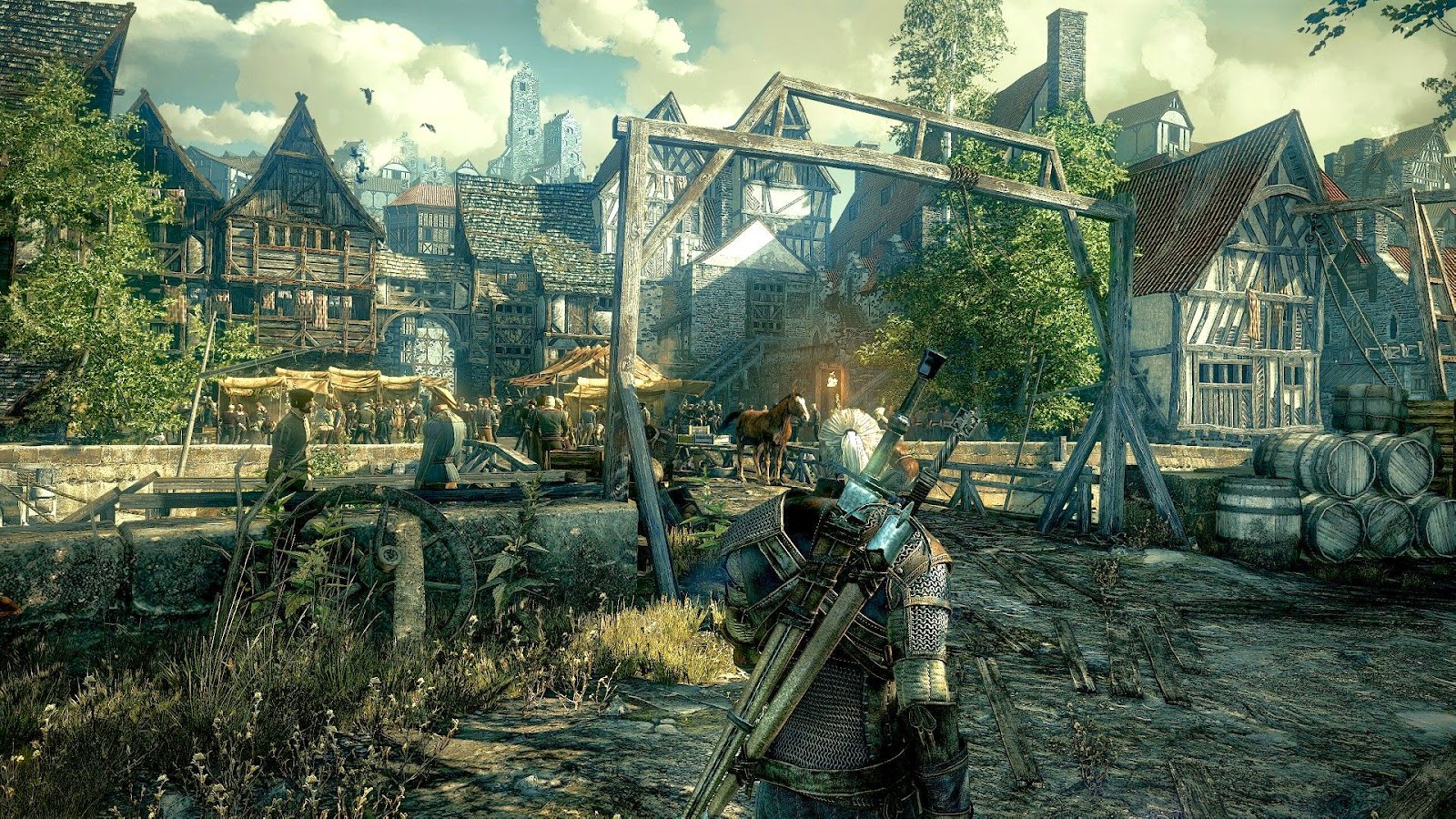 The latest in Koei Tecmo’s timeless Dynasty Warriors franchise is the semi-strategy and empire management sub-series, Empires. This game will combine the hard-and-fast action of the Warriors franchise with the ability to manage territories, develop infrastructure, create alliances, and otherwise manage things off the field as well as on. It’s going to be awesome.

Yep, we’ve previewed this as well. Click on over to read. 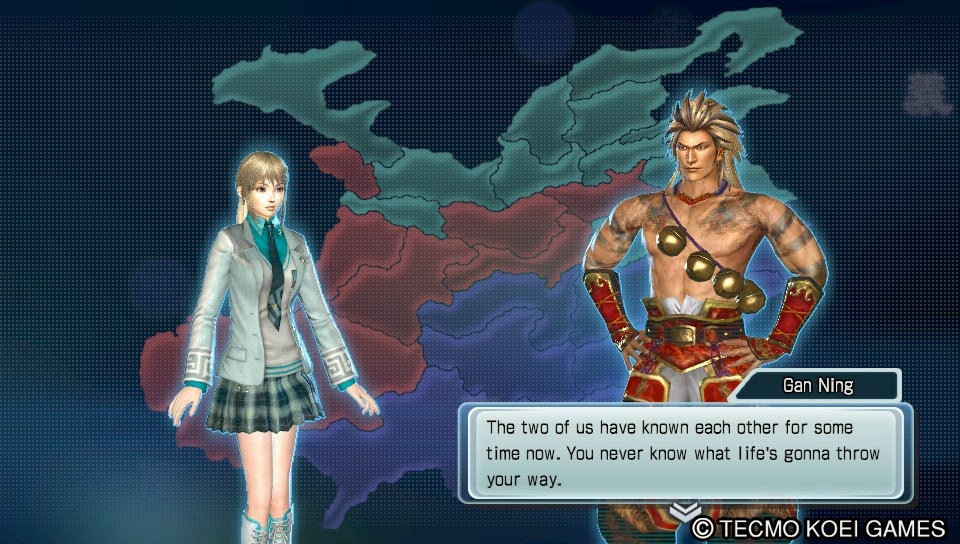 Under Night In-Birth is an all-new 2D fighting game from Aksys Games, Arc System Works and French Bread. It will feature a cast of 16 characters and have 14 modes, and Under Night In-Birth will have an anime and comic inspired art style. The arcade mode alone is said to take over 11 hours to beat so this should be on all fighting gamers must play list and even if you’re not a master at fighting games, it is accessible for new players of the genre with simple button set up. 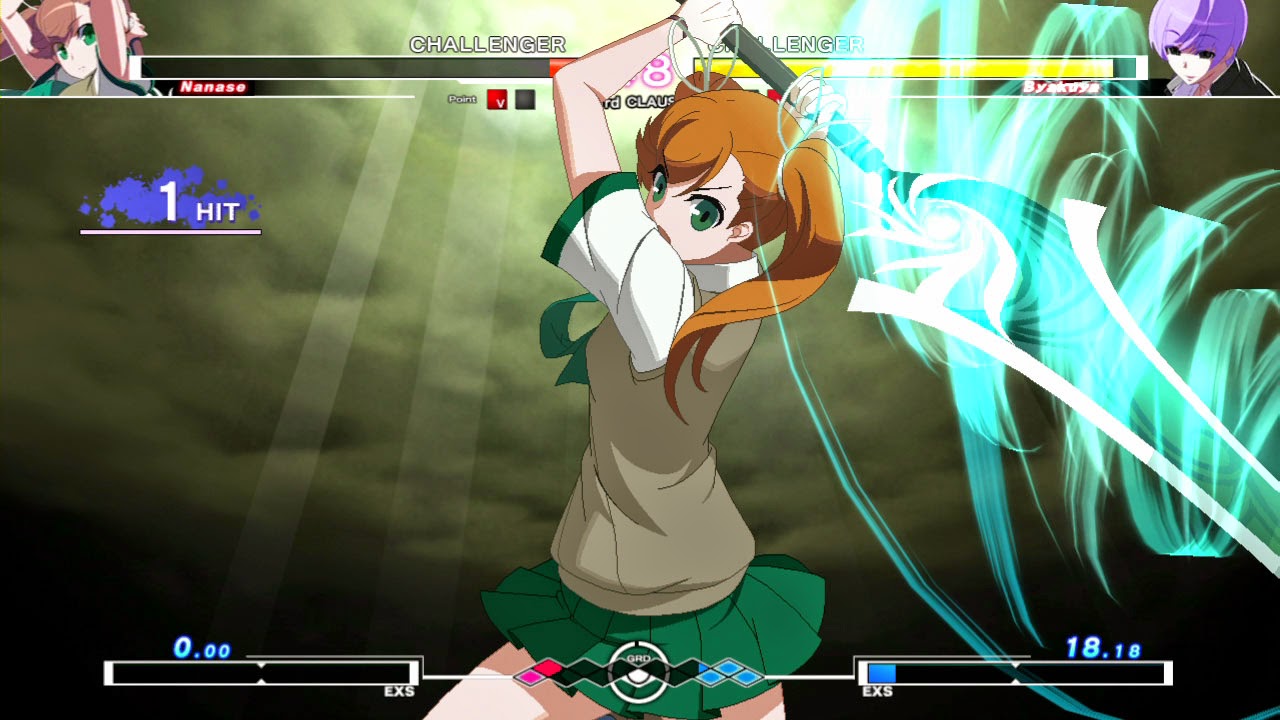 It’s been a busy start to the year for Idea Factory International. Hot on the back of Hyperdimension Neptunia Re;Birth 2 coming to Vita, and the original landing on PC comes tactics spin-off Hyperdevotion Noire. You’re looking at turn based tactical action like Fire Emblem mixed in with the extreme humour of the Hyperdimension Neptunia series. Naturally we can’t wait. 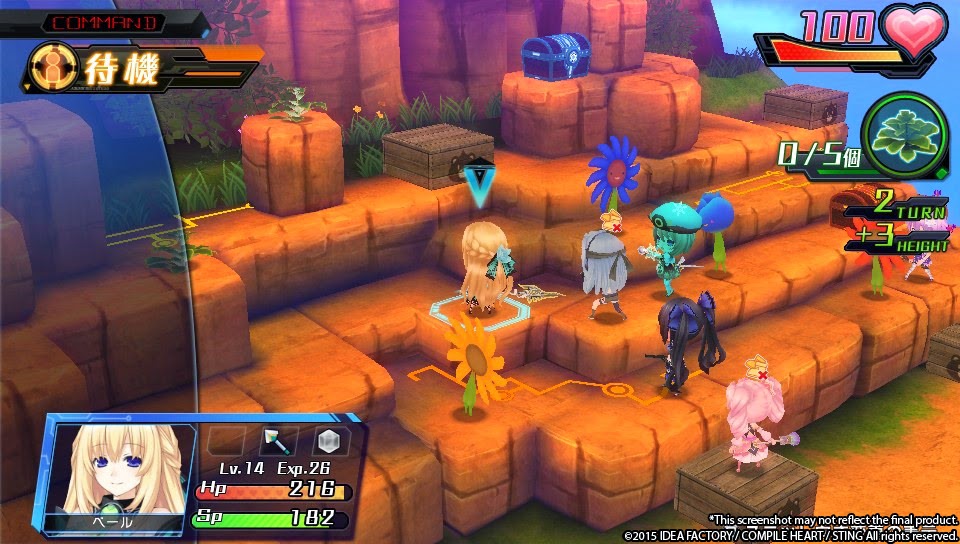 Tokyo Twilight Ghost Hunters is a strategy adventure visual novel with RPG mechanics and even has a card battle mini game (say that ten times fast). You will join in a group of teenage ghost hunters who exorcise evil spirits. With comic and anime visuals and real world backgrounds this game looks as beautiful as it sounds fun. In battle Tokyo Twilight Ghost Hunters behaves like a turn-based RPG to battle. As we saw with Tears to Tiara 2 a visual novel can mix well with JRPG elements, so we are greatly looking forward to this. 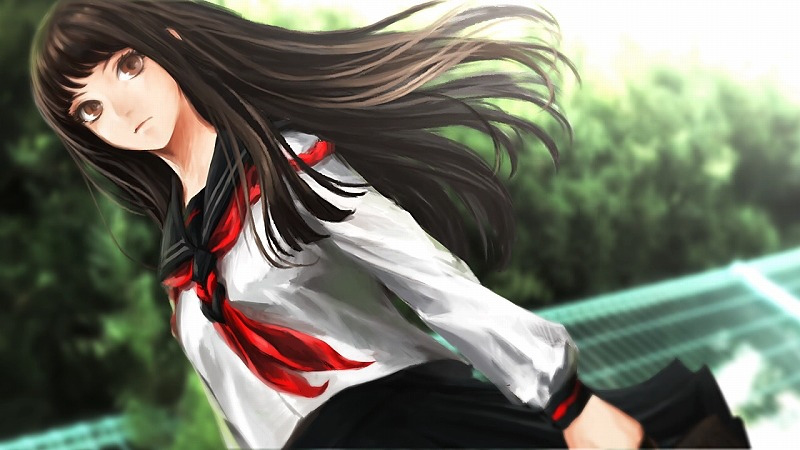 Nintendo needs to start offering a subscription service, and soon