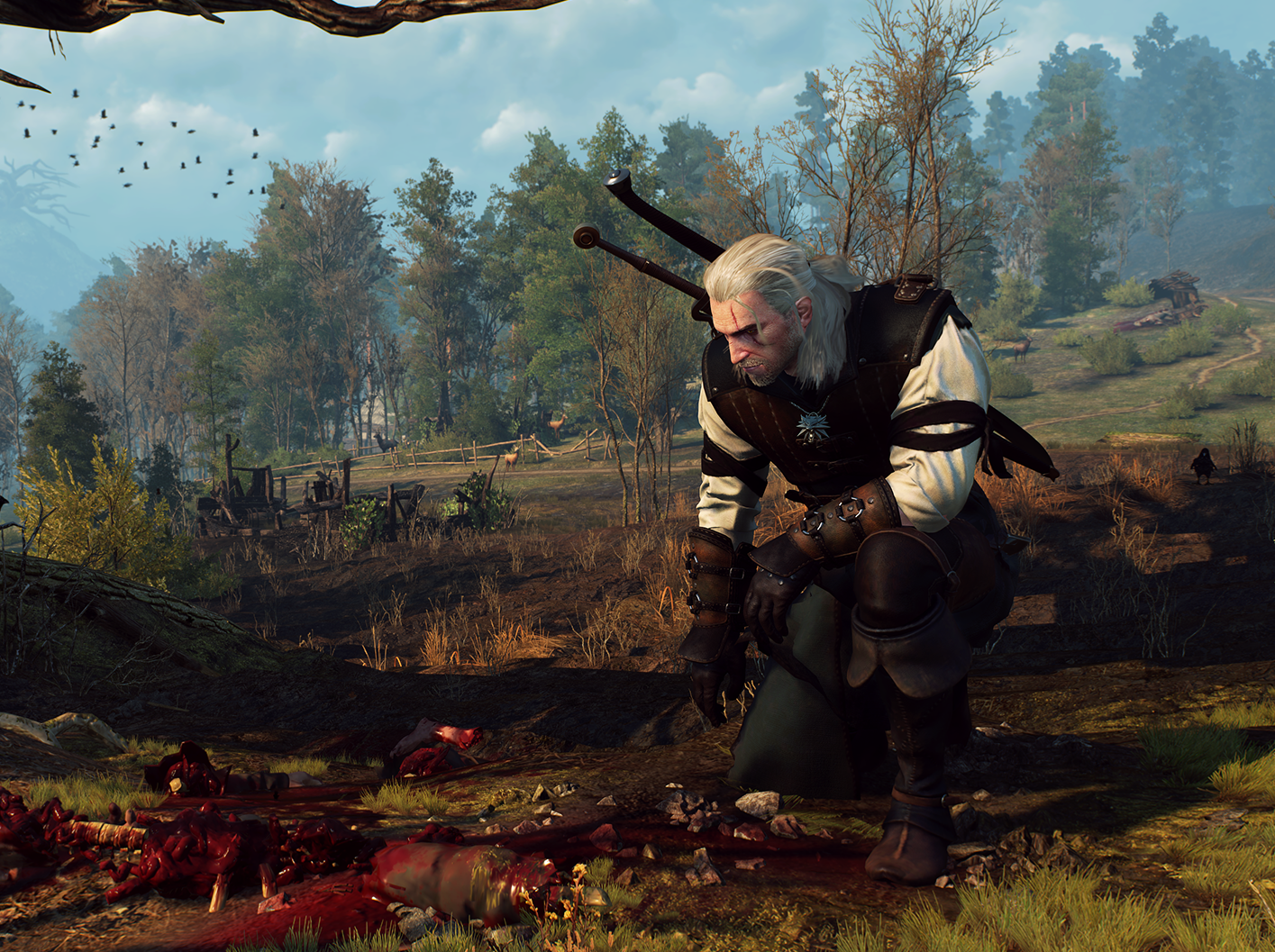 The media was recently afforded the opportunity to sit down for a couple of hours to experience the opening sequence in The Witcher 3 ahead of its February release. We were ushered into a room, given controllers and set down to play through the opening tutorial and visit the game’s first tiny hamlet to complete a few missions and side quests.

At the end of the time I looked around, and everyone else had made far more progress through the story than I had. It wasn’t because I found the game difficult, though it’s clearly going to be able to offer a sharp challenge to experienced players. It wasn’t because I was too busy soaking in the atmosphere, though to be sure the environments were gorgeous and demanded more than a few slow pans of the camera.

Related reading: Last year I was also able to watch a live, hands off demo of the game much further into the main quest.

No, the reason I can’t report on nearly as much of the opening few hours of the adventure as other games media is because I got myself badly diverted. I started playing the game’s in-game CCG minigame, called Gwent, and I couldn’t stop. 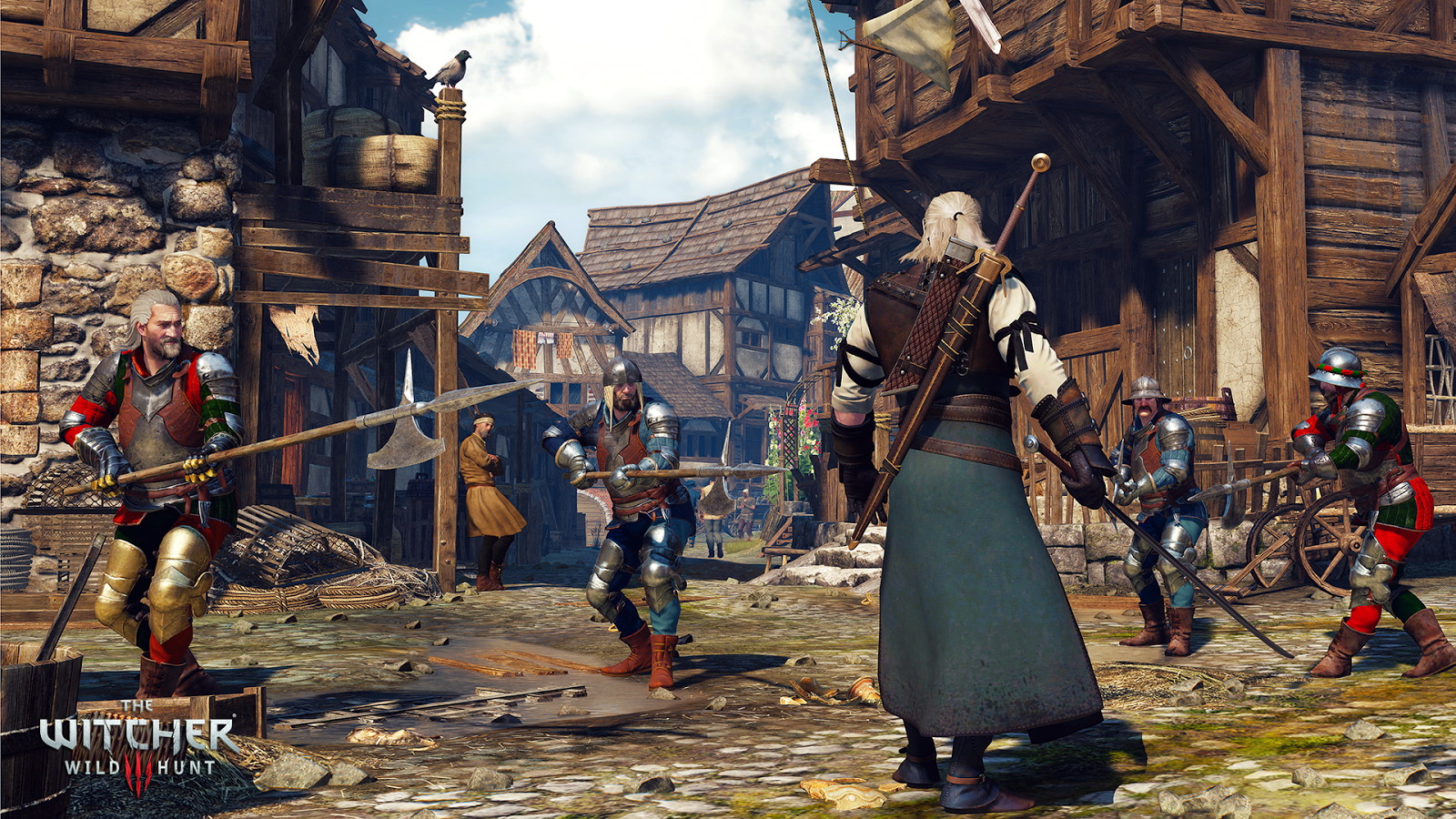 You’re introduced to Gwent very early on, as it’s apparently something that people throughout the world play in taverns, and there are a lot of taverns about the place. While it’s a completely optional diversion after the first tutorial introduction, I can easily see it becoming a defining experience for people when they sit down to play the game in full. The basic premise is quite simple – you have a deck of cards (and you’ll earn more powerful and rare cards to place into the deck as you explore the world, talk to people, and complete quests). Those cards are either fighters, which can be placed in a front, middle, or back row, or support cards that can be used to enhance the strength of your cards or inhibit your opponent in some way, and the goal is to win “battles” across all three rows by having the strongest total force in all three.

Just like the best CCGs, this is an incredibly simple game to learn the rules for how to play, but building up the best possible deck with complementary cards and learning a winning strategy in using the cards is clearly going to be a learning curve. Sadly, because I was only playing with the basic deck I wasn’t able to get a feel for just how many cards, deck combinations, and opponents would be available within The Witcher 3, but I was assured that CD Projekt Red don’t do things half-baked and this minigame was a major initiative by the team.

And that was what most impressed me about the card game – the sheer detail that the developer has put into something that is completely optional and has nothing to do with the game’s story. The art work on these digital cards is easily of the same standard as any other “proper” digital CCG out there. There has been a genuine effort put in to create a set of rules that, while familiar to the CCG audience, also offer a different kind of strategy and thinking. The amount of work that must have gone in to refine details of one tiny facet of the overall experience to the nth degree was staggering to think about. Later, after my preview session, I was talking to one of the CD Projekt Red developers, and suggested to him that Gwent would do just fine as a standalone app, and were the company to release it on, say, iPads, it would easily compete with the likes of Hearthstone and Might & Magic: Duel of Champions. It’s telling that it’s not an idea that the developer has ruled out, and there’s already a physical version anyway – a deck of the cards is a bonus in the special edition. 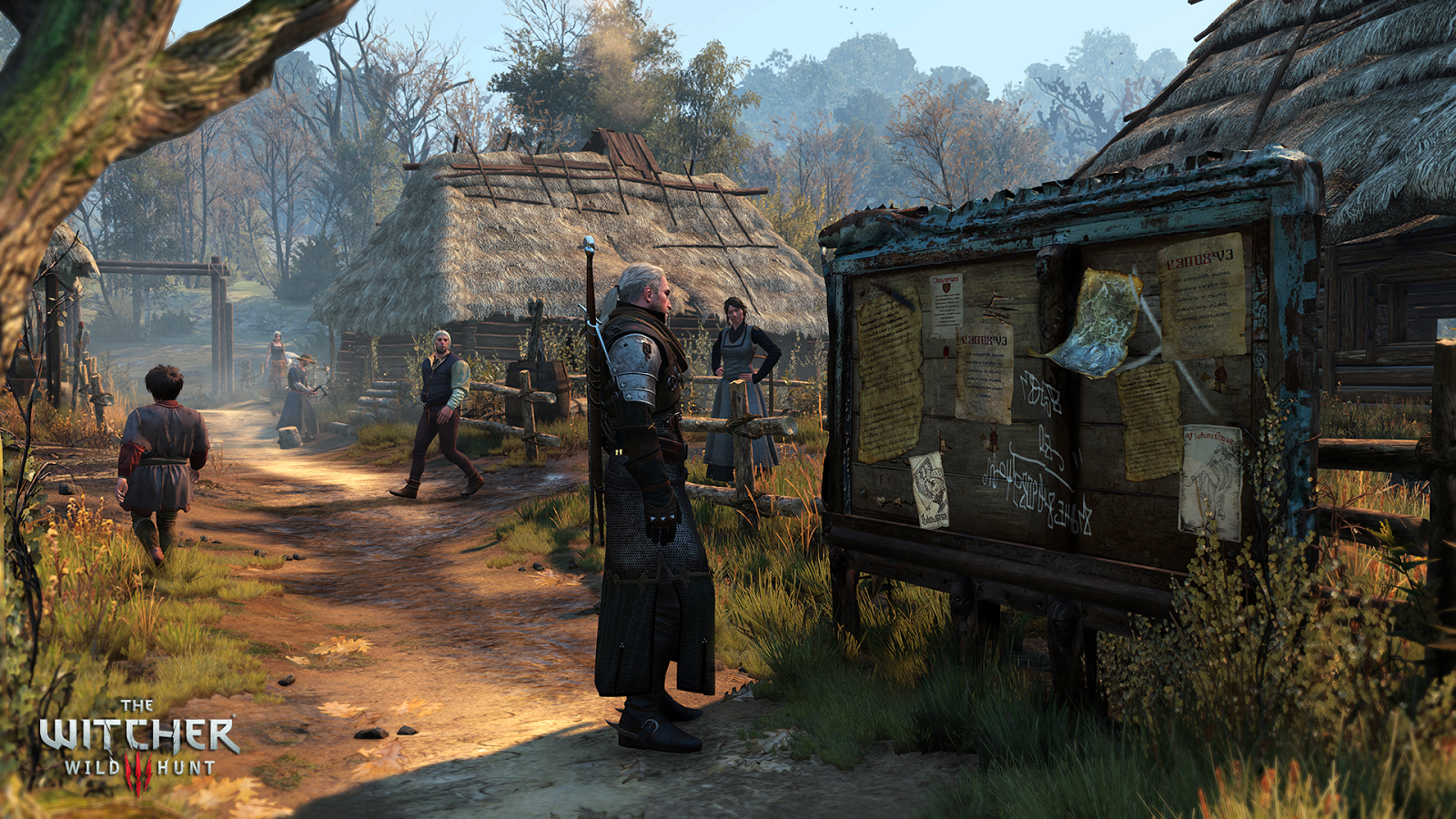 Because I did end up playing so many rounds of Gwent, my exploration of the early part of The Witcher 3 was a little shorter than the other media, as I mentioned previously. But I did explore the game’s first village, get myself into a couple of fights, and experience a side quest. I came away from the session with an overwhelming sensation that as good as Dragon Age: Inquisition is, CD Projekt Red’s game has a sheer attention to detail that will see it become the pinnacle of western RPG development for years to come.

There was a wonderful natural atmosphere to the village. As Geralt was walking around the small, run-down village there were children playing in the puddles that dotted the muddy roads. Passers-by spat insults at him (because witchers are not the most popular folk in the world). The sun was dropping on the horizon, and in the distance people were engaged in back breaking labour in golden fields. It’s a sleepy, peaceful village, but you can just tell from its decrepit nature that there is trouble brewing underneath. It’s not just that it’s being threatened by a monster and the people have no way to deal with it. There’s tensions between individuals and power groups, even within a community this small.

Geralt came up to a village blacksmith, who had had his house burned down in an act of vandalism. He has no idea who did the crime, but is willing to pay the witcher to use his special talents to track the criminal down. Geralt is an expert tracker, and by activating his sight ability he’s able to act like Aragon from Peter Jackson’s Lord of the Rings films and reenact the movements of the vandal in his mind. Following the winding path back to the village he figures out who the arsonist was, and confronts him. The man begs and pleads not to be taken in, presenting a compelling justification for his actions, and that’s where I needed to have Geralt make a snap moral decision. I decided to be on the side of righteousness and have the man arrested nonetheless. He wasn’t going to come quietly, so I engaged in another one of Geralt’s tricks to take control of the man’s mind, Jedi-style, and lead him back to the blacksmith, who promptly calls the guards over and they take the man away to hang him without a proper trial. This is the world of The Witcher. It’s a dark, brooding, Game of Thrones-style hard fantasy where the virtuous often end up enabling cruelty, and the game’s violence and sex (there’s a nude woman in the opening scene, as an aside) are there to emphasise the raw humanity that underlies the swords and sorcery action. What I just described was not a main mission, but rather a side quest that manages to be a little different from the standard fetch quest fare that we see in RPGs, and the CD Projekt Red developer promised me that the team was very much focused on littering the vast open world with quests like these, rather than the arbitrary “collect 10 glowing gems” nonsense that threatens to pull down most other open world games.

You’ll still be collecting things, grinding away experience, and helping various denizens with their various chores, but The Witcher 3 seems to be very much focused on crafting an organic experience in which the world and what you do within it has meaning and context to the world. A few hours of play is not nearly enough to form any firm judgements about a RPG that is promising at least the length of Dragon Age: Inquisition (that’s something like 70-80 hours for the main quest), but based on my initial impressions, this will be the first real contender for the 2015 game of the year award.