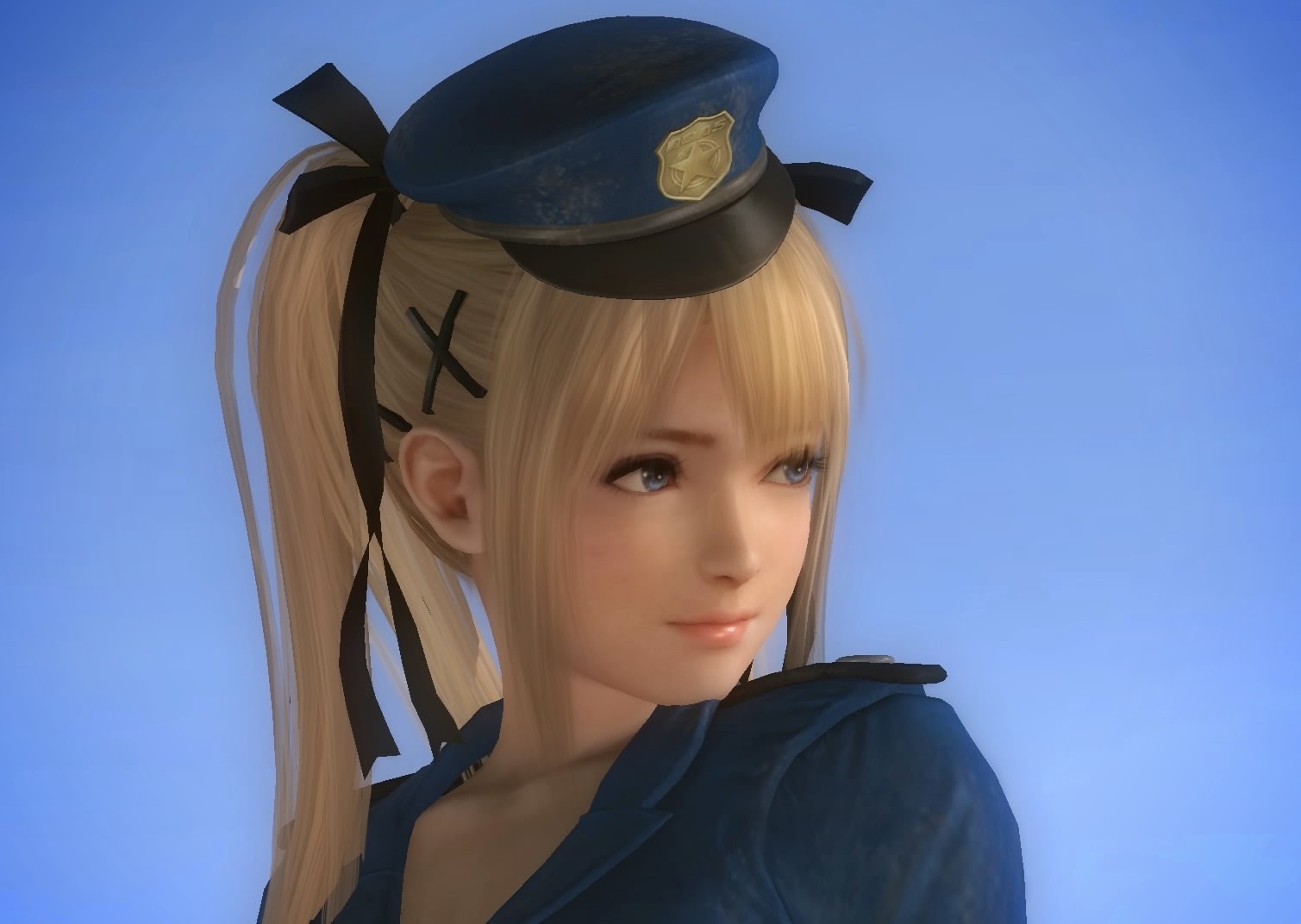 Ahead of the game’s official release in a few weeks, I had the opportunity to set down and really put Dead or Alive 5: Last Round through its paces, including testing the newest character, Honoka, in full. I came away even more excited for the game than I went in.

(Note: I took the screenshots in this preview using the PS4 controller’s share button, and underneath each is a comparison with the PlayStation 3 Dead or Alive 5 games)

First things first, however – the game is clearly a stop-gap between the fighting game engine from last gen, to whatever Koei Tecmo is working on for the next “proper” Dead or Alive game. In that I mean that Last Round pushes the existing Dead or Alive engine as far as it can go, while still hanging on to a couple of the quirks that let it down at times.

Related reading: I also tested the game briefly at Tokyo Game Show last year. Here are my thoughts from that preview.

The additional level of detail in characters and their costumes is truly astounding, with smoother curves on the character’s bodies, better sweat and dirt effects and more detailed environments back this up perfectly. Dead or Alive has always relied on its aesthetics to provide a significant chunk of its appeal and marketability, and the additional hardware power of the PlayStation 4 (which I tested the game on) is put to good use. Or to put it another way – these girls (and men, we often forget that DoA has male fighters too) are gorgeous like they’ve never been before.

All the DLC costumes and the like can be transferred over from your previous versions of Dead or Alive 5 to Last Round, and if you’re like me and have spent way too much money buying the hundreds of dollars worth of costumes that Koei Tecmo has produced for this game, you’ll appreciate seeing your investment look better than it ever has before. However, as good as everything looks in motion, when you pause the game in the middle of a fight (to take a screenshot, for example) some of the quirks of the engine reveal themselves. Characters distort themselves into some crazy positions in the middle of attacks, and clipping is a big issue the moment a character is wearing a skirt that has some movement of its own.

I can only assume that the engine that will power Dead or Alive 6, whenever it happens, will resolve those issues in some way, as they are a hangover from the original Dead or Alive 5 and not a sign that the PlayStation 4 can not handle more complex rendering to reduce clipping in a fighting game. And hey, I’m sure the PS4 controller’s share button will still get a heck of a workout from this game, because, again, the characters are gorgeous and Koei’s promised plenty more costumes to come.

For my time with the demo I focused most closely on putting the new girl, Honoka, through her paces, and I’m quite impressed by her. As Koei’s announcement said, Honoka makes use of the movesets of the other characters. One moment she’s rolling on the ground, copying one of Brad Wong’s drunken fist moves. The next she’s in one of Helena’s low to the ground crouches. And then she’s got her opponent wrapped in Bass’ bear hug grab.

Because Honoka uses some of the best moves from all the characters, she’s the ultimate beginner’s character. At the same time, she’s going to be an interesting character to master because she’s the ultimate jack of all trades and master of none. Players will need to practice hard to fully utilise her moveset.

As a way of breathing more life into the aging game (and give Koei Tecmo the excuse to develop more costume DLC), Dead or Alive 5: Last Round is shaping up well. Fans will appreciate the improved aesthetics, and people who haven’t played a previous version of this game will be absoltuely blown away with how much content is actually in the game now. Compared to the original Dead or Alive 5, it’s hard to imagine they’re the same base game.

World of Tanks Blitz gets an update for jam and scones