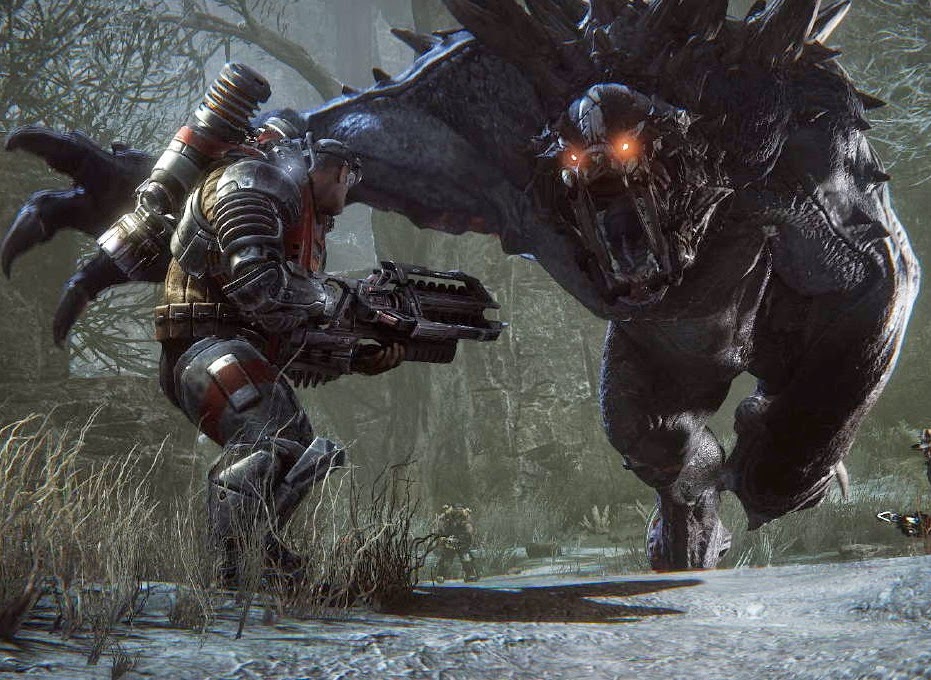 When I was lining up to play Evolve at the EB Games Expo, I got pulled out of the queue as I wasn’t in a group. I had a few minutes to meet my teammates, and then we were sent in to face the Kraken.

For those unfamiliar with how Evolve works, it is a multiplayer game where four hunters work together to take down a huge monster. The monster is controlled by a lone player, making the game AI-free four-versus-one action. There are four classes for the hunters to play as. The Assault class uses heavy firepower to attack the monster, the Medic heals the team, the Trapper uses various tools to keep the monster from escaping the hunters and the Support gives buffs to hunters while distracting the monster.

I was playing the Assault class, so my primary objective was to inflict as much damage as I could while surviving. The arena is large in Evolve, as by the time we made contact with the Kraken he was already in his second stage of levelling up. This is how the one player fighting by him/ herself can get an edge against teamwork, see; the monster can do some on-the-spot grinding to increase their power before confronting the players. This time around he evaded us, and got to the third and final stage of evolution before we started attacking him. 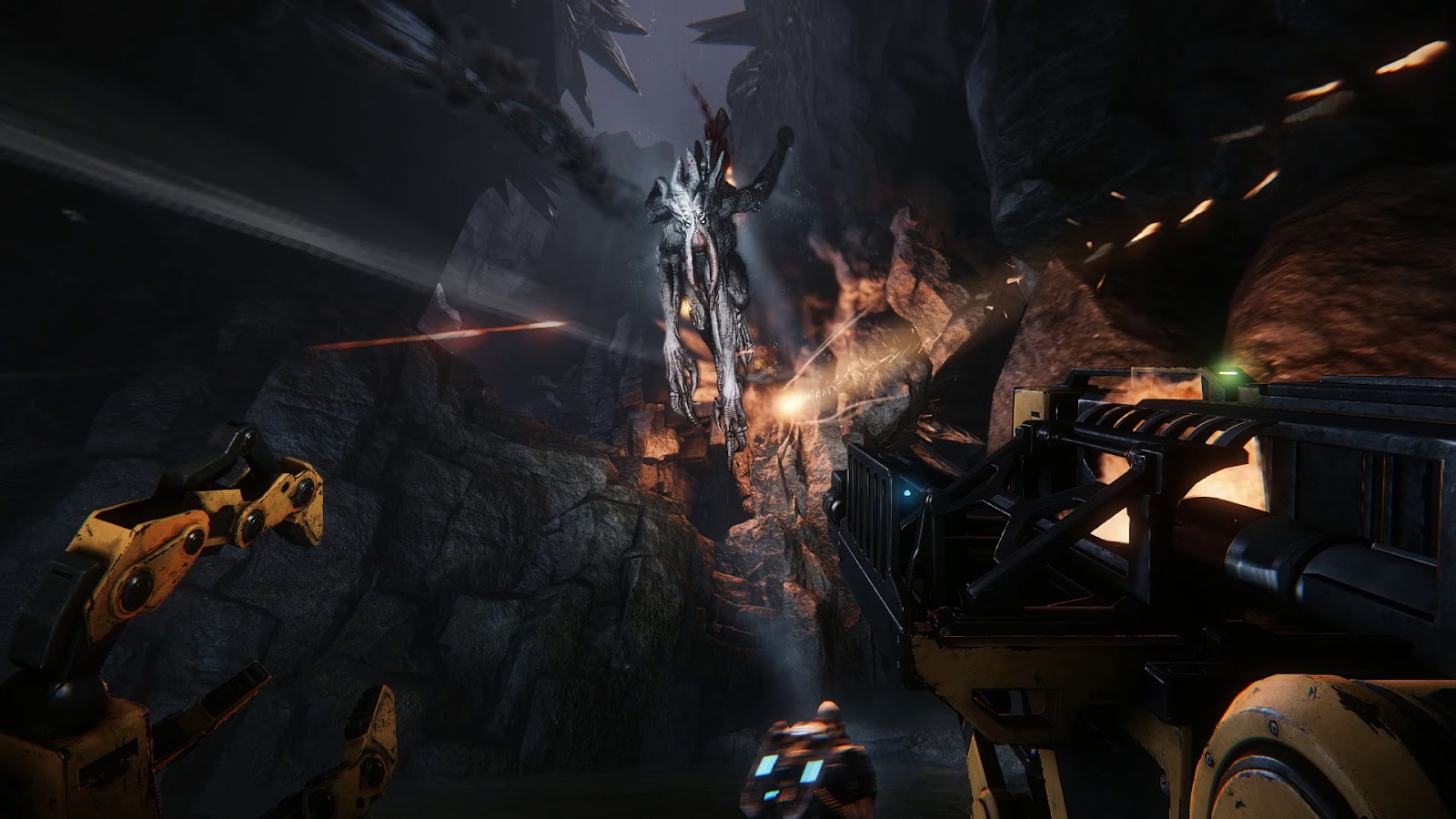 From the moment we dropped into the arena, we had to communicate and watch each other’s backs. The arena is deadly, with plants can swallow your character whole, giant swamp monsters that can devour a character with a gulp, and so if you decide to go Rambo, both you and the team will suffer. I never played so carefully in a co-op game before. When I moved I made sure everyone else on my team knew where I was going, and we were always communicating.

Initially, we all played the eventual confrontation with the Kraken as we normally would play a FPS. By shooting the living hell out of it. But that didn’t work; it ran away. So we had to adjust on the fly. We followed its tracks, and then found it once again. This time around we protected the trapper while he secured the Kraken. Then, once he was trapped, we slowly and methodically began launching our attacks. 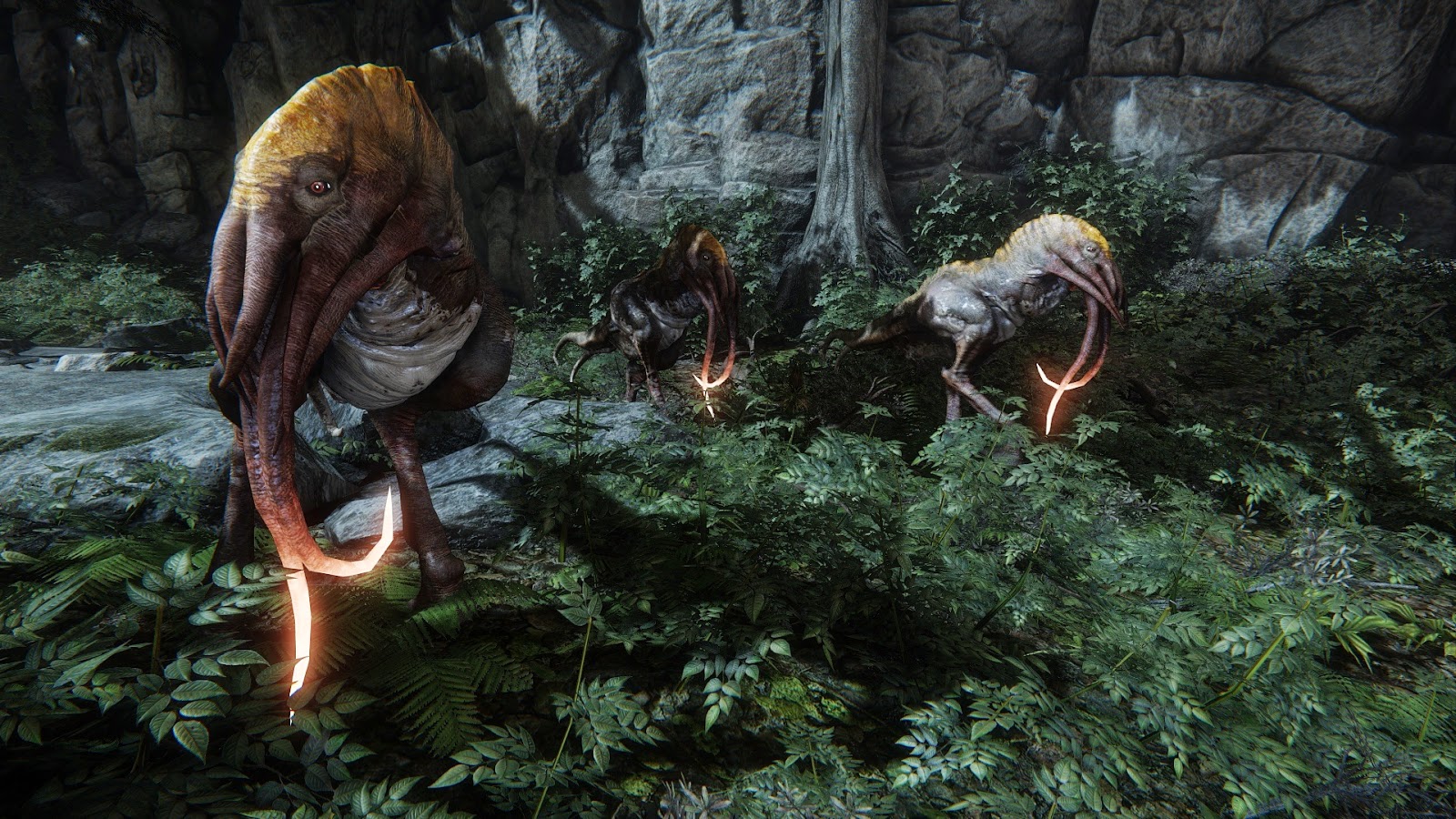 It was an interesting gameplay experience. I’m not the one that likes to use voice chat with people I rarely know, but without it in this situation, we wouldn’t have lasted as long as we did. And it’s interesting to see what multiplayer experiences have grown into. We have gone from playing with your friends together on the same couch, playing by yourself with a group of people, and now with games like this playing alone but simulating the couch experience.

Evolve is going to be a great game. Having a single goal makes it easy to co-ordinate your efforts. I’ve already planned to buy a decent headset as soon as possible, to get ready for this next year.

Last chance! Win a copy of Natural Doctrine and Akiba’s Trip – whatever platform you like!